…Who is left among you who saw this temple in its former glory? And how do you see it now? In comparison with it,is this not in your eyes as nothing? Yet now be strong…and work; for I am with you, says the Lord of hosts. According to the word that I covenanted with you when you came out of Egypt, so My Spirit remains among you; do not fear! (Haggai 2:1–5)

“Oh, for the good old days.” So said the Jews as they began rebuilding the Temple. There were some older ones among them who remembered the first Temple, the one built by Solomon. They remembered the beauty, the splendor, the magnificence of it, and they realized there was no way this one could ever match that one. In Solomon’s day, Israel had been a great nation; there was much wealth and nothing had been spared in the building of that Temple. Now Israel consisted of the relatively few people who had returned from exile; there was a lack of wealth, of readily available materials and of skilled craftsmen.

Consequently, as comparisons were made between the first Temple and this one, discouragement and despondency set in. People realized their efforts were puny and the end result would be far inferior to Solomon’s Temple. They longed for “the good old days.”

We, too, often long for “the good old days.” In comparison with apostolic days, or Reformation days, our service to God today often appears inferior or feeble. But we are not called to live in the past, just as the people of Haggai’s day were not. God has put us in the present—with all its opportunities and possibilities.

If we continually mourn the past and decry the present, are we not in reality implying that God’s power is now more limited, that He is unable to work through His people as He did in earlier days? “Who has despised the day of small things?” asked the Lord of Zechariah (Zech. 4:10). We must not despise the present, but rather heed the words of God to Israel: “Be strong and work, for I am with you.” It is His presence with us that makes us strong and encourages us. The Israelites were called to work despite any discouragements. They were to trust God to deal with the dangers and difficulties. Their task was to get on and rebuild the Temple. 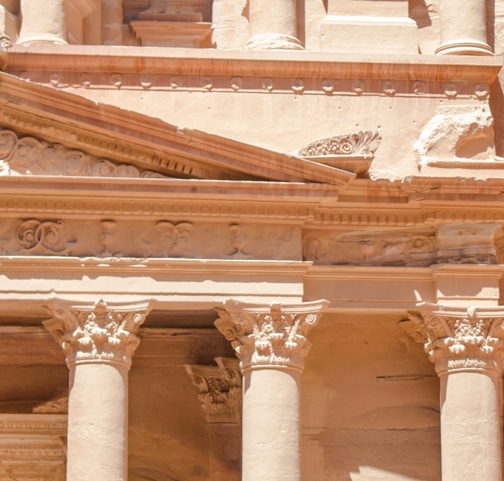 Let us get on with whatever the Lord has called us to do. The same God who enabled the Israelites to rebuild the Temple will be with us. Only His sustaining strength guarantees ultimate success.