And by this we know that we have come to know him, if we keep his commandments. Whoever says “I know him” but does not keep his commandments is a liar, and the truth is not in him, but whoever keeps his word, in him truly the love of God is perfected. By this we may be sure that we are in him: whoever says he abides in him ought to walk in the same way in which he walked. 1 John 2:3–6

Is Christianity a religion of law or of love? Is it about doctrine and creeds or is it about relationships? Should we think of Jesus, first of all, as the greatest Teacher who ever lived or should we think of Him as the Lover of lovers?

In the religious community of which I am a part, there has been a long tradition of emphasis on doctrine and strict adherence to God’s law. Presbyterian and Reformed churches have often been characterized as heavy on intellectual content and short on spiritual warmth. Because of this, some have said that we have become Pharisaical and legalistic. Critics say that the religion of the Bible is one of love, affirmation, and encouragement; not rules, regulations or rote learning of catechism answers.

Who is right here? Should we turn away from an emphasis on doctrine? Should we stop worrying about having the right answer and instead just look for ways to build each other up? 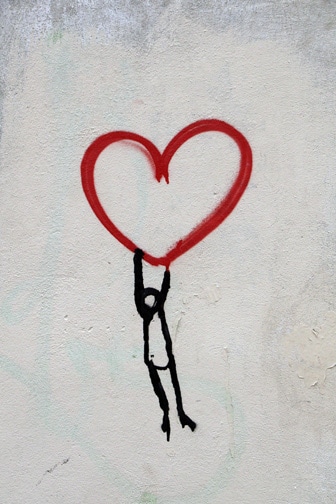 I would agree that the churches of my tradition have tended at times to become legalistic and Pharisaical. There have been times when our leaders have given the impression that as long as you follow a strict code of behavior – one that emphasized regular church attendance and abstaining from worldly pleasures – that you could be assured of God’s favor. That, of course, is not what the Bible teaches.

So, am I in favor of getting rid of the emphasis on doctrine? No, not at all! The answer to the problem of legalism is not to throw out law or doctrine. The question that I posed at the beginning is really a bad question. We should not have to choose between law and love, but rather, fully hold to both. Jesus said, “If you love me, you will obey what I command” He also said, “If you hold to my teaching, you are really my disciples. Then you will know the truth and the truth will set you free” (John 14:15; 8:31,32).

Let us think for a moment about doctrine. What is it? The Bible refers to doctrine as “teaching.” For example, in Acts 2:42, where the King James has “And they continued steadfastly in the apostles’ doctrine,” the NIV has, “They devoted themselves to the apostles’ teaching.” Thus “doctrine” and “teaching” refer to the same thing. The teachings of the Bible are also the doctrines of the faith. Statements like the following are both doctrines and teachings: Jesus is the Son of God; Jesus was made man; Jesus is able to save sinners from the power and penalty of sin; Jesus died to pay for the sins of His people; all men are sinners and cannot save themselves; and all who call upon the name of the Lord will be saved.

These doctrines or teachings are very important for salvation. It is the knowledge of them that is the foundation of faith in Jesus. People will not put their faith in Jesus if they do not know these truths. When they hear these doctrines, and the Holy Spirit opens their eyes so that they see that the doctrines are true, then they put their trust in Jesus. Paul writes in Romans 10:17, “Faith comes from hearing the message.” Thus, doctrine is essential to salvation. No one comes to faith in Christ apart from hearing, understanding and believing the truth that God has revealed in the Bible, and this truth is called doctrine – the teaching of the Bible.

However, ever since God first revealed Himself and His will, Satan has been working to contradict God and teach false doctrine. Satan knows that if our faith is based on a lie, our faith is not in the true God, and therefore we are not saved. For example, the Apostle John had to deal with people who believed in Jesus but denied that He had come in the flesh. He warned the church that though such people said they believed in Jesus, they were really of the antichrist, and not true Christians. He commanded the church to “test the spirits” to see if they were really from God, and the test was a doctrinal test.

Down through the ages the church has attempted to be faithful to John’s concern to distinguish true faith from false faith (which is a concern of the rest of Scripture, too). In its attempt the church has recognized that some teachings of the Bible are more essential to salvation than others. For example, a person can be mistaken about the millennium (the thousand year reign of Christ) and still be saved. But a man who says the Bible is not inspired and is full of errors, is on thin ice with regard to his salvation. The creeds and confessions of the church are the church’s attempt to describe those doctrines of the Bible which, if denied or contradicted, call into question a person’s claim to be a true Christian. The creeds and confessions are not man-made rules and regulations; they are a summary of the Bible’s teaching – a summary of the foundations of faith. And they are also a measure of true faith.

In using the confessions, the church is not ignoring the work of the Spirit in people’s lives. The Holy Spirit is the Spirit of truth, and He leads God’s people into believing and confessing the truth. Therefore we can know that the Spirit of God is at work when a man, woman, or child confesses the truth about God. The church is built upon the rock of a good confession of faith in Christ (Matthew 16); a confession shown in both talk and walk. A person who evidences a lively religious zeal for God and a deep piety, yet denies the truths of the confessions, is probably not a Christian. Such is the case of those who are described in Romans 10:1,2: “They have a zeal for God, but not according to knowledge.”

I am not against a fervent love for Jesus – a love that shows itself in deeds of love and kindness; a love that affirms human dignity. I am all for it. But without doctrine I do not know who Jesus is, what He did for me, why I need Him, or how I should serve Him and my fellow man. One of my teachers used to say that anyone who opens his mouth about God is a theologian. The question is then, are we going to be good theologians or sloppy theologians?

I grant you, it is possible to know all about doctrine and yet not know Jesus. But the answer to that problem is not to treat doctrine as the problem. The New Testament church continued steadfastly in the apostles’ doctrine and devoted themselves to the apostles’ teaching. Should we do less? Paul says, “Watch your life and doctrine closely.” He also warns of a time when “men will not put up with sound doctrine” 1 Timothy 4:16 and 2 Timothy 4:3. As an officer of the church, the Bible charges me to “encourage others by sound doctrine and refute those who oppose it” Titus 1:9. Because I love Jesus I may not do less!

Rev. Ralph A. Pontier is the pastor of the Redeemer Alliance Reformed Church in Orange City, Iowa.