The Christian school movement is passing through a period of unprecedented growth and progress.

The financial prosperity of the last ten years has also made improvement in this area possible. Budget allotments for textbooks, equipment, library books, musical instruments, and so forth, have increased by leaps and bounds. The allotments have been used to good advantage, for today a large number of Christian schools can qualify for a superior rating on educational equipment.

Many of the Christian school leaders of those days sensed the danger in this practice. They worked diligently and almost incessantly to raise the standard of teacher-training. Through their persistent efforts a teacher-training center was established. The result is that a large number of young people specifically trained for teaching in the Christian schools is now being graduated every year. Although the number of graduates is not keeping pace with the needs of the schools, it is helping to raise the level of teacher-training. 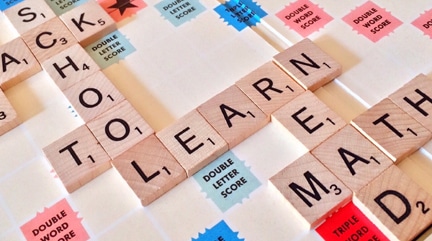 Not only has there been progress within the Christian school movement; the attitude of believers who were formerly disinterested in Christian day schools is also changing.

There was a time, not many years ago, when non public schools were comparatively rare. The Roman Catholics, Lutherans, Seventh Day Adventists, and Calvinists were about the only religious groups that had their own schools. And even within these groups the interest was not as intensive or widespread as it should have been. As late as 1936 less than 10 percent of all the school children in our nation were enrolled in non public schools.

That situation is changing. The idea of the religious day school is spreading rapidly. Appreciation of the Christian school as an institution is growing. Several groups of evangelicals that until recently were indifferent to the Christian day school are now opening Christian schools. The Mennonites, for example, have organized their own school system within the last few years. They now enroll approximately 3,000 pupils. Baptist and Fundamentalist groups are also opening Christian schools. The number of their schools is also increasing rapidly.

This growing interest in non public, religious day schools is so great that public school leaders are beginning to express concern about it. A year ago School Life, the official journal of the United States Office of Education, brought the matter before its readers in an article, “Rising Enrollments in Nonpublic Schools.” The author, Rose Marie Smith of the Research and Statistical Service, reported that of the 29 million children enrolled in the schools of our nation in 1950. about 3 1/2 million, or 12 percent, were enrolled in non public schools. She called attention to the fact that non public elementary and secondary school enrollments increased by 24 percent between 1938 and 1950. If that trend continues, according to Rose Marie Smith, the enrollment in non public schools will increase to about 5 million by 1960.

George F. Zook, past president of the American Council on Education, also commented on this growing trend toward non public schools. He explained that parents are unhappy with the public school’s standoffish altitude toward religion, and he warned that if the public schools insist on ignoring religious values they will continue to lose the support of parents.

How Evaluate This Progress?

All these evidences of progress—increased enrollments, modern buildings, improved equipment, belter trained teachers, and growing interest in Christian day schools—are encouraging. They are achievements that seemed impossible only a few years ago. They should cause every Christian school advocate to bow in humble gratitude to almighty God.

Yet, this progress must not be magnified. It should be regarded for what it is actually worth. It should be viewed in its proper perspective.

When the achievements of the last ten years are viewed in the light of the basic principles of Christian education, they lose some of their glamour. Their importance seems to fade. They are achievements that, after all, affect only the external aspects of the Christian school program. They are peripheral, for they do not touch directly the heart of the Christian day school program. They are desirable and valuable, but they are nol indispensable. They aid the process of Christian education, but they do not determine that process.

To focus attention upon these external and physical aspects of the Christian school program is dangerous. Such a policy is apt to result in an indifference to the spiritual aspects of that program. That would place the cause of Christian education in jeopardy. It would result in a complete loss of all that has been gained.

The heart of the Christian school, therefore, is its instructional program. That program includes more than methodology, curriculum, discipline. It embraces all of these and more; in fact, it determines them for it is spiritual in nature. It is not determined primarily by such physical factors as enrollment figures, size and condition of buildings, or superiority of equipment. It is determined rather by the convictions of parents and teachers. The Christian school can realize its purpose best when these convictions arc expressed in a basic philosophy. that is positively and consistently God-centered, when there is ardent devotion to and a burning zeal for that philosophy on the part of both teachers and parents, and when that philosophy permeates and controls the entire school program, including the development of attitudes and appreciations as well as the impartation of facts and the transmission of subject matter.

Are We Keeping Pace?

It is not easy to attain the objective implied in that question. The question implies a striving toward an ideal. There is something intangible about that kind of thing.

In comparison it is much easier to conduct a building program. A new building calls for sacrifice, to be sure. It also requires planning, hard work, and devotion. But every day that the building is under construction shows progress. It can be seen. And when the building is finally completed, it can be viewed as a finis hed product. The goal has then been reached. There may still be a mortgage, but even the mortgage is liquidated in time.

Striving for improvement in the instructional program of the Christian school is quite different. The goal is an ideal. It can be stated in words, but it cannot be visualized as can a drawing of a new building. The statement may even be open to various interpretations. And as progress is made toward the goal, there are no mileposts by which to measure this progress. Some may be satisfied that the progress is great, that the goal is not far away. Others may feel that only a beginning has been made.

The coming school year is jus t around the corner. What can be done about improving the instructional program and making it more dynamic? If a new building is needed the society is called to a meeting. The members arc given the opportunity to express themselves as to the size of the building, the cost, and many other items.

Cannot the same thing be done with respect to the instructional program? Would it be out of place to have the members of the Christian school society meet for the purpose of discussing the goals of Christian education? Would it not be possible for them to plan together and with the teachers and board members to make more progress toward the attainment of these goals?

If the Christian schools are to give a spiritual training during this age of materialism, those who control the schools will have to concentrate more on the basic purposes of these schools. They will have to assign a more important place to the instructional program than to the physical aspects of that program, although the latter must not be neglected by any means. But the heart must keep pace with the physical development.