Reformed Christians have been perennially engaged in defending the doctrine of justification by faith alone against its detractors in other theological traditions. At times, however, debates over the doctrine have raged even within Reformed circles. Norman Shepherd, former Associate Professor of Systematic Theology at Westminster Theological Seminary (Philadelphia) and pastor in the Christian Reformed Church, has been at the center of such debates recently in the American Reformed world. This article seeks to define the issues at stake in these debates and to evaluate Shepherd’s doctrine of justification from a Reformed standpoint.

Norman Shepherd began teaching systematic theology at Westminster Seminary (Philadelphia) in 1963. In the mid-1970s, controversy over Shepherd’s teaching broke out in the Westminster community and in the Orthodox Presbyterian Church, in which Shepherd was serving as a minister at the time. Though Shepherd’s teaching on a number of related theological issues was called into question, the key point of debate was whether he held to the Reformation’s doctrine of justification by faith alone, as expressed in the Westminster Standards, or had, in one way or another, lapsed into teaching that justification was by faith and works together.

Shepherd had both defenders and detractors in the institutions in which he served, and only after a protracted series of events was he finally dismissed from his teaching post in 1981. At this time, he also left his presbytery, where disciplinary charges had been filed against him, and joined the Christian Reformed Church. He served pastorates in the CRC in Minnesota and Illinois before retiring in 1998.

Given the contours of this history, the Shepherd controversy may seem to be moot and of little current interest. However, the recent appearance of Shepherd’s short book, The Call of Grace, has brought many of these old questions back to the surface and has stirred up considerable debate among American Reformed people. One of the difficulties in evaluating Shepherd’s teaching on the doctrine of justification has been the lack of a writing trail. Though his 1979 unpublished paper, “The Grace of Justification,” has survived, there was little hard evidence of what Shepherd actually believed. The Call of Grace, then, has provided what was long missing: an extended discussion by Shepherd himself on the biblical teaching on salvation. 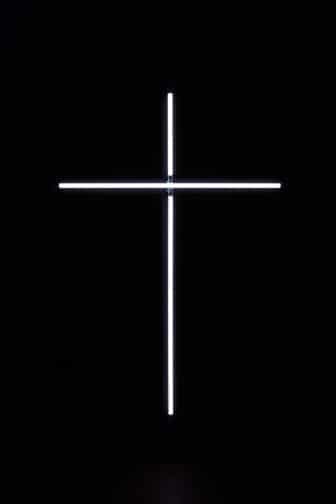 The question for this article, therefore, concerns Shepherd’s views on justification and their consistency with the historic Reformed teaching.1 Although Shepherd makes use of much orthodox terminology, I argue that he has articulated a doctrine of justification that is persistently ambiguous and that redefines the relationship of faith and works in a way at odds with the traditional, biblical doctrine.

The Doctrines of Faith & Justification

It must be acknowledged from the outset that Shepherd’s writings on justification do make use of terms and particular articulations of doctrines that are common to Reformed theology. For example, he states: “Faith lays hold of Jesus Christ and His righteousness and the righteousness of Jesus Christ is imputed to the one who believes. This is the distinctive function of faith in justification which it shares with no other grace or virtue.”2 Similarly, in another place he sets forth a very standard Reformed distinction between justification and sanctification: “Justification is an act of God’s free grace with respect to His people whereby He pardons their sin and accepts them as righteous on the ground of the righteousness of Jesus Christ imputed to them and received by faith alone. Sanctification is a work of God’s free grace in them whereby He transforms them progressively into the image of His Son.”3

Nevertheless, there are many things in Shepherd’s writings that call into question what he really means in his use of such language. Perhaps the most striking example is his continual claim (in “The Grace of Justification” and especially in The Call of Grace) that faith must be “living,” “obedient,” and “active.”

The definition of faith is critical for the doctrine of justification, for the Reformed doctrine of justification “by faith alone” presumes a particular understanding of faith, one in which faith is sharply distinguished from works or obedience. In the Reformed view, faith is extraspective, a trust that looks outside of oneself and rests upon the good works of Christ that earned our salvation. In contrast, obedience consists of the good works that a person himself produces, works that flow from faith and only by God’s grace. By faith we are justified; by obedience we are not.

Seen in this light, Shepherd’s use of phrases such as “obedient faith” is inherently ambiguous. Such a phrase could refer simply to a faith that is always accompanied by obedience, and this would be wholly consistent with Reformed theology. However, it could also refer to a faith that is itself obedience, or, to put it another way, to a faith that is conceived in such broad terms that it consists not only of a humble resting upon Christ and his work for salvation, but also of our obedience and good works that God demands of those who are in covenant with Him. In such a case, it is not by believing alone that we are justified, but by believing and obeying together.

In contrast to the clear precision of traditional Reformed theology in distinguishing the roles of faith and obedience, Shepherd never carefully defines what his terminology means. Though the very presence of ambiguity is problematic for such an important subject, a fair evaluation of Shepherd’s theology must try to probe beneath the ambiguity and clarify what Shepherd is attempting to communicate.

Unfortunately, despite some indications to the contrary,4the evidence points to the conclusion that Shepherd indeed prefers an understanding of faith that makes good works not merely the fruit of faith, but an element of faith itself. This idea emerges quite prominently in the second half of “The Grace of Justification.” Here he writes that faith “entails obedience” (13) and is “invariably intertwined with repentance” (19). While such expressions might possibly be given an orthodox spin, a number of other statements in this document are far less susceptible to it. For example, he writes that saving faith is a faith that “yields obedience to the commands of Christ” (16) and that “forsakes sin and ungodliness” (17). Along the same lines, he calls the forsaking of sin and rebellion “an act of faith” (20).

In his more recent work, Shepherd continues to speak of obedience and good works as part of faith itself. For example, he writes: “Faith is required, but faith looks away from personal merit to the promises of God. Repentance and obedience flow from faith as the fullness of faith. This is faithfulness, and faithfulness is perseverance in faith. A living, active, and abiding faith is the way in which the believer enters into eternal life.”5Following the train of thought here is not easy, but the logic seems to be something like this: “repentance and obedience” constitute the “fullness of faith;” the “fullness of faith” is “faithfulness;” “faithfulness” is “perseverance in faith”—all four of these terms or phrases are evidently identical. What then is the significance Christ’s works (as the ground of justification) and through our faith (as the instrument or means of justification). In Shepherd’s treatment, works and faith come bundled together, displayed first in Christ and then imitated by us.

There are certainly many other issues in Shepherd’s theology of justification that would be of relevant consideration here. Given the constraints of space, however, one final matter that deserves brief attention concerns Shepherd’s motivations in writing. Is he simply trying to restate the standard Reformed doctrine of faith and justification, however unsuccessfully? Or is he really attempting to revise the doctrine? On the one hand, if he is simply trying to be a faithful Reformed theologian, then it is certainly puzzling that he forsakes the clear distinctions of the Reformed tradition for the ambiguous lingo of “obedient faith” and the like, even retaining the use of such language in The Call of Grace despite the decades of complaints about such terminology. On the other hand, if he is actually attempting to restate the traditional doctrine, then it does not seem too little to expect him—in his office of Reformed minister and seminary professor—to be forthright about his intentions. Yet, Shepherd sends his readers conflicting signals.7

Shepherd is also unclear about the relationship of his own Reformed tradition to the Roman Catholic doctrine of justification. Given the historical battles of the last half-millennium, his perspective on the Roman Catholic understanding of salvation is certainly of pressing interest. In the opening pages of The Call of Grace, Shepherd makes reference to the important debates of the past decade engendered by Evangelicals and Catholics Together. However, immediately after calling attention to this important movement, he declines further comment on it (though he returns to it very briefly, and no more clearly, later in the book). He states abruptly that he declines to discuss the “nuances” of the arguments that have been made in its wake.8 What could be more important, however, than the nuances? Grace, faith, Christ, good works—all of the parties, Roman Catholic as well as Protestant, affirm them. The differences are in the details. Questions such as the precise nature of saving faith and its relationship with good works may indeed be nuances, but they are nuances upon which people have staked their eternal destinies.

That Norman Shepherd’s theology of justification has attracted interest within Reformed circles in the past is indisputable, and that it is again a matter of great curiosity seems increasingly true. Whatever the importance of the variety of matters hotly debated among Reformed Christians, the present issue is undoubtedly of the highest urgency, for the nature of the Gospel is directly at stake. In light of this, our churches ought to be vigilant in keeping the clear distinctions of the Reformed doctrine of justification from falling into flaccid ambiguity, and persistent in refusing to revise the life-giving message that our faith, and not our obedience, justifies.

This article is a reprint from Katekomen, a publication of Greenville Presbyterian Theological Seminary, Volume 14, No. 1, Summer, 2002, pp. 23-26.