Rightly, we individually and corporately confess what Scripture teaches after a careful, exegetical study and elucidation of the text of Scripture, not because it is the view of our Reformed forebears. Having reflected upon the text of Scripture, we may or may not agree with the teachings of historic, confessional Reformed dogmatics. It is the case that I write in defense of traditional covenant theology. Minor differences aside, I remain persuaded that our tradition has rightly interpreted the biblical doctrine of justification, election, and the covenants. Not all within the Reformed camp today assume this same posture. What stands as our chief disagreement? What causes divisions within our camp? Unity in the faith requires conformity to teachings of the Word of God. Let Scripture be our guide, our standard of truth. 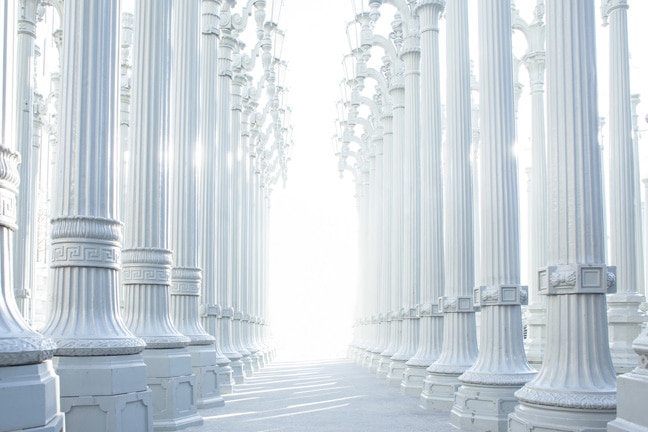 The apostle Paul in his second letter to the Corinthians declares that we shall all appear before the judgment seat of Christ, in order that we might be judged according to our works, whether good or bad (5:10). This judgment includes believers. Similarly, in Romans, the apostle writes in the same vein: God will render to each “according to his deeds” (2:6). Paul proceeds to demarcate two classes of people – those who obey God and keep covenant with Him, and those who disobey and fall under divine condemnation. It is a minor disagreement among biblical commentators whether or not the class of individuals who keep the law is actual or hypothetical in this passage of Romans (2:6–13). I maintain that the apostle Paul instructs his readers here concerning the twofold classification of humankind, covenant-keepers and covenant-breakers. Those keeping covenant with God obey His commandments. They are the “doers of the law” (2:13). Paul is not telling his readers at this point in his argument how sinners become “doers of the law.” Nor is Paul suggesting that the “doers of the law” are justified by works, i.e., constituted righteous in God’s sight on grounds of the “obedience of faith” (1:5). That would flatly contradict what Paul explains later in this letter and elsewhere in his writings. In summary, we affirm, in light of Scripture’s teaching, that judgment is according to works, but not on the basis of works. There is no conflict between the doctrine of judgment according to works and the doctrine of justification by faith (apart from “good works”).

Modern-day revisionists contend that the very notion of “meritorious” reward is unscriptural. These expositors, having imbibed – to one degree or another – the neoorthodox interpretation of Karl Barth, insist that the traditional Protestant-Reformed contrast between the “Law” and the “Gospel” is entirely speculative. God’s covenantal commitment to humankind, so they reason, is all of grace, never a matter of human “works” (i.e., works antithetical to faith). Many of these revisionists conclude that the relationship between the Father and the Son in the eternal covenant (or pact) is purely gracious, not legal. What is accented here is the paternal love and grace of God, not the just requirement of Christ’s satisfaction of divine law necessary for bringing closure to the period of probationary testing (what pertains to the First and Second Adams in their representative capacities as federal heads of humanity). The idea of a legal requirement associated with God’s covenant is jettisoned altogether. Accordingly, Christ’s obedience is not meritorious of the Father’s favor and reward.

Other revisionists inconsistently (and superficially) hold to the meritorious work of Christ in making satisfaction for the righteous demands of the law of God, while denying the prospect of meritorious reward for the First Adam, had he passed his time of probation. Unlike Barth’s speculative theologizing, Reformed interpreters have correctly assessed and weighed in their system of doctrine the explicit parallel drawn by the apostle between the “one act of righteousness” of the Second Adam and the “one act of disobedience” of the First Adam (see Romans 5:12–21). Were the First Adam not in a position to merit the reward of the covenant (viz., the Covenant of Works established at creation), then it is utterly meaningless to speak of the necessity of Christ’s substitutionary satisfaction of the legal requirement associated with this covenant at creation and reinstituted under Moses (the legal covenant made in Eden was reinstituted in part with Israel at Sinai for pedagogical, typological purposes). The principle of inheritance in the Covenant of Works is that of works; the principle of inheritance in the Covenant of Grace is that of faith (i.e., grace, gospel-grace). When all is said and done, the classic Protestant-Reformed antithesis between the “Law” and the “Gospel” is absolutely essential to the biblical and evangelical doctrine of justification by faith alone.

To be sure, there is room for further clarification and explanation of the role of faith and works in justification and final judgment (judgment according to works). The current controversy in the church has afforded biblical interpreters yet another opportunity to reassess and reevaluate the teachings of confessional orthodox Protestantism, and Reformed orthodoxy in particular. The centerpiece in recent discussion and debate is the relation between Paul and James on justification. We do not have space to give full account of the arguments advanced on both sides of the theological dispute. What follows is a summary restatement of the biblical doctrine, which reflects the positive contributions which have been made in the church’s ongoing, polemical defense of the truth of Scripture.

There is only one divine act – not two – with respect to the justification of sinners reclothed in the righteousness of Christ. Soteric justification is twofold in signification, constitutive and demonstrative (so Paul and James). In speaking of justification by works James is not contemplating a different justification from that taught by Paul. (The Protestant reformer Martin Bucer, for example, mistakenly spoke of a “double” justification.) Nor is James introducing good works as the meritorious grounds or instrument in the justification of the ungodly. Rather, James brings into view the demonstrative aspect of God’s justifying act in the salvation of the elect. Good works are demonstrative (i.e., evidential) of God’s saving grace in the lives of believers. As such, they are necessary in the Christian life. But they are not the meritorious grounds of salvation. These two aspects of justification, the constitutive and the demonstrative, must never be confused or confounded. They are distinct, though inseparable, in the divine act of justification. Believers are constituted righteous on the grounds of Christ’s meritorious obedience imputed through saving faith, faith being the sole instrument receiving the righteousness of Christ. We are justified by faith alone, on the exclusive grounds of Christ’s active and passive obedience. Nevertheless, good works are evidential of true, saving faith. “Justification by works” (as taught by James) brings into view the role of good works as evidential of our righteous standing in Christ. Those united to Christ by faith are “the doers of the law.”

Similarly, there is only one divine act – not two – with respect to the sanctification of sinners, those remade in the image of Jesus Christ. It was John Murray, longtime professor of systematics at Westminster Seminary, who carefully and convincingly explained the biblical doctrine of sanctification in its twofold aspects, definitive and progressive. Union with Christ at the moment of spiritual regeneration not only places the sinner in right-relationship with God (by means of justification on grounds of the imputed righteousness of Christ), but union with Christ also sets the sinner apart unto God as wholly sanctified (see Romans 6 and 8).

To be sure, the emphasis in Scripture falls upon the progressive aspect of God’s sanctifying power at work in those regenerated and renewed in Christ. But this teaching must not obscure the aspect of the believer’s definitive sanctification. Only in terms of this teaching can we understand and heed the biblical admonition to be perfect as our Father in heaven is perfect (Matthew 5:48). To be sure, we are not yet what we shall be. But the final glorification of the saints of God has already been secured through the redemptive work of Christ (Romans 8:28-30). We are pilgrims on the way to the Eternal City. What the Spirit of God begins in the life of His children He will see to completion. Perseverance in the faith is the outworking of God’s grace in the lives of the saints.

Renewed interest and appreciation for the biblical, Reformed doctrine of eschatology in the twentieth century has served to advance Scripture’s teaching on the topic of “realized” eschatology, or more specifically, recognition of the biblical distinction between the “already” and the “not yet” of eschatological life in the Spirit. The Day of Pentecost marks the birth of the New Testament church (the church was already present since the days of the establishment of the Covenant of Grace after Adam’s fall into sin); it also marks the eschatological age of the Spirit (or more accurately, the semi-eschatological age of the Spirit appearing between the two advents of Christ). Christians live in a period of tension between Christ’s accomplishment of redemption and the Consummation (final glorification of the saints) at the close of history, and between what has already been realized in their own life-experience and what is yet to be realized in the eternal kingdom of God. It is the tension between the “already” and the “not yet” of redemption fully achieved by Christ on the cross; it is the mystery of the believer’s union with Christ in his death and resurrection and his existential union with Christ by means of the regenerating work of the Spirit of God in anticipation of the Consummation (i.e., Glorification). Final judgment includes not only the just condemnation of the ungodly, but also the vindication of the saints of God, those who have glorified Him in true righteousness and holiness. Good works, evidential of justifying faith, will “prove” the efficacy and power of God’s saving grace in the lives of the faithful. Final judgment will be according to works, but not on the ground of works. The decisive verdict of guiltlessness has already been declared, settled in heaven for time and eternity, for those trusting in Christ.

There are some modern-day revisionists who maintain that a proper understanding of the biblical doctrine of justification – set in the context of semi-realized eschatology – yields a new, revised (or improved) understanding of what it means to be justified by faith alone. They speak of justification as something “already” declared, and “not yet” declared in consummate finality – a contradiction of grave consequence. Justification, we are told, is maintained only in the exercise of persevering faith and good works (the “obedience of faith”). Since these revisionists have jettisoned the traditional Protestant-Reformed contrast between “Law” and “Gospel” – and along with that the allegedly speculative notion of “meritorious” reward with respect to human, creaturely works – they are comfortable (re)asserting the necessity of good works in justification (somewhat after the pattern of Roman Catholic teaching). Thinking they have disposed themselves of the charge of reintroducing “works” in the article of justification, viz., works as meritorious ground of life (in the order of creation) or of salvation (in the order of recreation), they are quite confident affirming the necessity of faith and works in justification. This modern-day heresy, judged in the light of Scripture and Reformation orthodoxy, undermines the Gospel of grace, the only gospel that saves sinners from God’s just recompense for disobedience and coming wrath. In the midst of the present, raging controversy it is our fervent prayer that the Lord will enable the evangelical church to reclaim the teaching of our Protestant-Reformed forebears, to the extent it accurately conveys the teaching of Scripture.

Dr. Mark W. Karlberg obtained three theological degrees from Westminster Theological Seminary in Philadelphia, including a doctorate in Reformation/ Post-Reformation studies. He is the author of Covenant Theology in Reformed Perspective (2000) and its sequel, Gospel Grace: The Modern-day Controversy (2003), both published by Wipf and Stock.