Many writers who reflect on the life of John Calvin are quick to criticize him and his later followers for their spiritual apathy, even coldness. These writers associate the Pastor of Geneva with a cold theology and a steely mind; rarely is he said to demonstrate a life of warmhearted devotion to God. 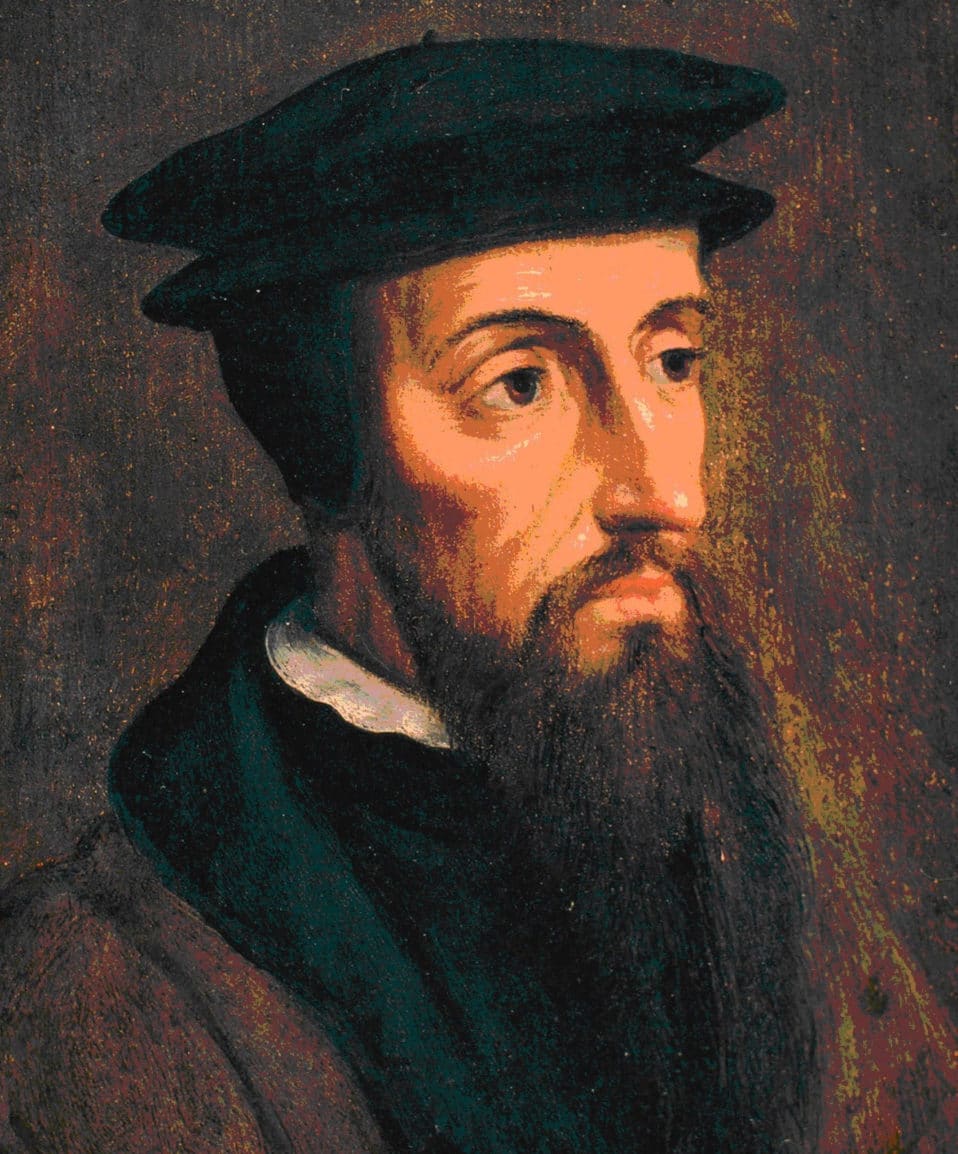 You can find such negative evaluations expressed about Calvin dating back to his own day. Consider, for example, Calvin’s one-time follower and friend, Jerome Bolsec. Later, after abandoning the evangelical faith and returning to Romanism, Bolsec claims that Calvin was little more than an arrogant, cruel, and greedy man. He writes that as the Reformer lay on his deathbed, eaten with lice and vermin all over his body as divine punishment, he was cursing and blaspheming against God.1 And so began a long tradition of Calvin-bashing, particularly among Romanist writers. A Calvin biography, authorized for reading by French Catholics well into the twentieth century, depicted him as a deceitful and despotic man with an unfeeling heart.2

With that kind of slander, no wonder that Calvin’s followers also have been treated with contempt by many writers even to the present day. Consider this line from a recent Associated Press story about the current political scene in the Netherlands: “Why is a country of 16 million people, one of the smallest and least vocal in Europe, at the forefront of liberal legislation? And why did it happen in a country that embraced the dourest, most regimented stream of Christendom, Calvinism?”3 Is it really true that Calvinists are the dourest (and sourest) among all Christians in the world today?

Of course, we have to admit that critics of Calvinism can find examples of shipwrecked spirituality in its nearly five hundred year history. But these critics also have to agree that some immorality is found in all Christian movements throughout church history. In this regard, Calvinists are no different than other believers. Sin and temptationto sin are “equal opportunity employers,” recruiting people across denominational and theological lines.

In this article, and in its continuation next month, I want to demonstrate how eagerly and intensely John Calvin focuses upon Christ-centered godliness in his writings. Indeed, living a holy Christian life in response to God’s saving us from our sins through Jesus Christ is an important theme, if not the main theme, in Calvin’s thinking. The apostle Paul declares in Romans 12:1, “I urge you, brothers, in view of God’s mercy, to offer your bodies as living sacrifices, holy and pleasing to God.” Reflecting on these words, Calvin writes “…We ought to meditate on holiness throughout the whole of our life.”5

In Calvin’s writings, even in his deepest theological writings, you will find him often using the Latin word, “pietas.” Usually this word simply is given an English transliteration: “pietas” is rendered “piety.” But to our modern ears when someone speaks about “piety” or a “pious” Christian we think of an elderly grandmother, sitting quietly in her chair, reading her Bible for hours at a time. Many “pious” Christians today reserve one or even two “quiet times” for their devotions each day. Others, in their expression of “piety” might wear “WWJD” bracelets on their wrists or carry little crosses in their pockets. But is this what Calvin has in mind when he writes about Christian “pietas”? I would say, “No.”

The illustrations of “piety” given above have more to do with what church historians call “Pietism” than with “piety.” Pietism is the label given by church historians to a movement originating among German Lutherans in the late seventeenth century. This movement impacted later Dutch Precianism and English Methodism. Certain themes of Pietism were transported to America in the Second Great Awakening and later reappear in Pentecostal and Holiness movements. For many Christians today Calvin’s references to “piety” are liable to misunderstanding due to Pietism.

Calvin uses the Latin word “pietas” to render the biblical Greek word “eusebeia,” often translated in English as “godliness, worship, religion.” Given the historical baggage associated with Pietism I think it is preferable to render “pietas” as “godliness” or even “Christlikeness.” Indeed, when you read Calvin’s writings, you will be struck by how often he stresses godly living as “Christlikeness.” One of Calvin’s great ministry goals was to promote Christian pietas, urging believers to grow in the true piety of Christlikeness.

John Calvin employs pietas as a main theme in his magnum opus, the Institutes of the Christian Religion. The final edition of the Institutes was published in 1559, just five years before his death. As you may know, Calvin sent the first edition of his Institutes to the French king, Francis I, who had been growing increasingly hostile to the Reformers. Look at the first two sentences of the twenty-three page letter (in English translation) which Calvin sent to the king along with the Institutes:

When I first set my hand to this work, nothing was farther from my mind, most glorious King, than to write something that might afterward be offered to Your Majesty. My purpose was solely to transmit certain rudiments by which those who are touched with any zeal for religion might be shaped to true godliness [pietas].6

There it is—pietas, godliness, Christlikeness—found already in the second sentence of what amounts to an introduction to the Institutes. Calvin explains that his purpose in writing is really two-fold: to give a summary of basic Bible teachings, and, as a result of doing this, to help Christians be shaped unto “true godliness.” Notice how Calvin connects “head” to “heart.”

Right knowledge of God is inseparably linked to right living for God. Only the most unfair of critics can make the slanderous accusation that Calvin and later Calvinists destroy Christian godliness and holy living.

Calvin emphasizes pietas also in the opening pages of his Institutes. Book One, chapter one, serves as a brief three-page introduction to the entire work. Calvin here explains how the knowledge of God is connected to the knowledge of oneself. Then, just four pages into the thou-sand-page Institutes, Calvin declares:

Now, the knowledge of God, as I understand it, is that by which we not only conceive that there is a God but also grasp what befits us and is proper to his glory…. Indeed, we shall not say that, properly speaking, God is known where there is no religion or piety [pietas]” (I.2.1; p. 39).

God cannot be properly known, says Calvin, apart from pietas, that is, true godliness or Christlikeness.

Later, in that same section, Calvin gives his definition of biblical piety:

A reverence of God joined to a deep love for God—this is Christian piety in the best sense of the word. A few pages later, Calvin defines “real religion” as “faith so joined with an earnest fear of God that this fear also embraces willing reverence, and carries with it such legitimate worship as is prescribed in the law” (I.2.2; p. 43). Faith in God joined to reverential fear of God, which is accompanied by worship in the broadest sense: offering the whole self as a willing sacrifice, out of gratitude to God. This cannot be reduced to mere feeling—it is feeling but it is also lifestyle—living a holy life while moved by loving reverence for God.

In his earlier published catechism, Calvin emphasizes that the Christian’s exercise of piety towards a holy God ought not arise out of terror of His judgment:

… true godliness [pietas] does not consist in a fear which willingly indeed flees God’s judgment, but since it cannot escape is terrified. True godliness [pietas] consists rather in a sincere feeling which loves God as father as much as it fears and reverences him as Lord, embraces his righteousness, and dreads offending him worse than death.7

By embracing God’s righteousness, the righteousness of Christ, the Christian must not be terrified of God’s condemnation. Though at times the Christian’s conscience is “harried by disturbed alarm, and almost torn to pieces” thinking about God’s judgment upon his sin, yet in assurance of salvation through Christ the Christian must be “convinced by a firm conviction that God is a kindly and well-disposed Father toward him” (III.2.16; p. 562). It is out of that love for the Heavenly Father that the Christian will desire to live in true pietas before God.

Any unbiased reader of Calvin’s works continually will be struck by his recurring theme of pietas—biblical godliness. Yes, Calvin was a rigorous thinker and theologian. But never did he set orthodox theology against holy Christian living. Indeed, just the opposite: correct Christian theology necessarily will lead to greater godliness:

“…the only legitimate commendation of doctrine is that it instructs us in the reverence and fear of God. Thus we are taught that the man who has made most progress in godliness is the best disciple of Christ, and the only man who should be counted a real theologian is he who can build up men’s consciences in the fear of God.”8

So may our biblical and Calvinist doctrines lead all of us to increasing godliness as disciples of Christ Jesus.

Rev. Randal S. Lankheet is the pastor of the Ontario United Reformed Church in Ontario, California.