This is a brief history of another representative of the Nadere Reformatie. Jacobus Koelman was born in Utrecht, the Netherlands in 1632. He became a student at the University of Utrecht, which was founded only four years after his birth. He studied under Andreas Essenius and Gijsbertus Voetius. The latter of these two professors had a great influence on Koelman and was a warm champion of the Nadere Reformatie. 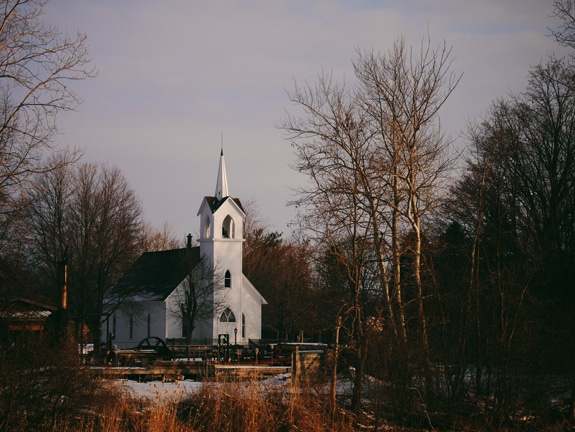 At the time Koelman was studying at Utrecht, every student was required to undergo a philosophic schooling. Koelman achieved a doctorate in this field. After finishing his studies, Koelman became the Embassy pastor in Copenhagen, Denmark and later moved to Brussels, Belgium in 1658.

In 1662, Koelman became the pastor in Sluis, a province of Zeeland. His labor there was richly blessed, especially during 1671–1672 when a true awakening took place in Sluis and its surrounding area.

Not everyone was pleased with the preaching of Koelman, and his zeal was met with great opposition. In particular, he was opposed for four basic reasons. First of all, he preached against the influence of the worldly authorities in the life of the church. Second, he followed hard rules in connection with morality, without respect of person. The mayor of Sluis, for example, was well known for his drunkenness. Koelman did not hesitate to rebuke him for his wicked lifestyle. This so offended the mayor that he sought revenge upon Koelman, and was not satisfied until Koelman was expelled from the city in 1675. Third, Koelman called the use of formularies in worship services “idle water” or “dull service.” His desire was to maintain the contents of the forms, with which he agreed, but to express them in his own words. This may well have been the result of the Puritan influence in his life. The fourth reason Koelman’s ministry was opposed was because of his view on the feasts of the church. Koelman refused to preach about the events connected with the events but chose a free text instead. He called the so-called second holiday “odious.” Our readers must remember that in the Netherlands, they still celebrate two days of Easter, two days of Pentecost, and two days of Christmas.

Many slanderous letters were written against Koelman’s pastorate in Sluis. Koelman once wrote that “Satan himself could have been the author of many of those letters.” Koelman, however remained faithful in his pastoral work. Nothing could be said against the way he conducted his personal life. When the Plague hit Sluis, regardless of danger of contamination, Koelman visited those who were dying.

In 1675, the State’s General, representing the government of the country, expelled Koelman from Zeeland. For a short time he lived in Rotterdam, where his dear wife, Anna Hus, passed away. While in Rotterdam, Koelman met with opposition from some local ministers because he led in-home gatherings and worshipped with the Scottish refugees. When the local ministers lodged a complaint against Koelman, the authorities declared him as “persona non grata.”

Notwithstanding his status as an undesirable person, Koelman continued to travel through the whole country, and wherever there was an opportunity offered to preach, he did so. For a time he was in Amsterdam where he enjoyed the protection of the tolerant mayor, Coenraad van Beuningen. Unable to stay there for any length of time, Koelman returned to Utrecht, where he spent the last years of his life. There he was in the midst of friends, including Voetius, his former professor. Koelman passed away in 1695 and was buried in Utrecht.

Throughout his life, Koelman sought not only the edification of the church, but his desire was also to correct the errors he saw within the church. Although he was accused of Labadism, Koelman wrote against the teachings of its founder, Jean de Labadie (1610–1674). He also opposed Balthaser Bakker, a minister in Amsterdam who was greatly influenced by Descartes. Koelman was well qualified to defend his positions on Biblical grounds. Included in the eighty some books that Koelman wrote are three catechisms: “The Foundation of the Christian Faith” “The History of Holy Scripture”, and “The Practice of Godliness.” He also translated many of the Puritan writers.

Mr. Nicolaas Van Dam is a member of the United Reformed Church in Escondido, California