The story is told that a certain devout member of the Roman Catholic Church, who, realizing that death was approaching, exclaimed, “O blessed purgatory!” Cardinal Gibbons calls the doctrine of purgatory “a cherished doctrine,” and with respect to prayers for the souls in purgatory he states, “I cannot recall any doctrine of the Christian religion more consoling to the human heart than the article of faith which teaches the efficacy of prayers for the faithful departed. It robs death of its sting” (The Faith Of Our Fathers, pp. 211, 223, 224).

On the other hand, having been a member of the Church of Rome for fifty years and having functioned as priest for half of that period, Father Chiniquy, the convert to Protestantism, wrote, “How long, O Lord, shall that insolent enemy of the gospel, the Church of Rome, be permitted to fatten herself upon the tears of the widow and of the orphan by means of that cruel and impious invention of paganism-purgatory?” (See his book Fifty Years In The Church Of Rome, p. 48.)

The doctrine of purgatory: “a cherished doctrine…consoling to the human heart,” or a “cruel and impious invention of paganism”—which is true?

In the words of Cardinal Gibbons, “The Catholic Church teaches that, besides a place of eternal torments for the wicked and of everlasting rest for the righteous, there exists in the next life a middle state of temporary punishment, allotted for those who have died in venial sin, or who have not satisfied the justice of God for sins already forgiven. She also teaches us that, although the souls consigned to this intermediate state, commonly called purgatory, cannot help themselves, they may be aided by the suffrages of the faithful on earth” (op. cit., p. 210).

By the Council of Trent the Roman Catholic doctrine concerning purgatory was thus defined:

“There is a purgatory, and souls there detained are helped by the prayers of the faithful, and especially by the acceptable Sacrifice of the Altar” (Session XXV).

With respect to the man who rejects this doctrine the same council declared, “Let him be anathema” (that is, accursed) (Session VI).

a. Purgatory is the place where the souls of by far the most deceased believers suffer anguish, and are thereby gradually purified.

b. Thus these souls payoff the remainder of their debt. In purgatory they bear whatever remains to be borne of the temporal punishment for the sins which they committed while they were still on earth.

c. The duration as well as the intensity of suffering varies. Some suffer more, some less. Some are in anguish for a longer period, some for a shorter time. This depends, to some extent, on the kind of life which these souls themselves have lived while still on earth. It also depends, to some extent, on what their friends on earth are doing for them; that is, on the prayers which these friends offer for them, the indulgences which they obtain for them, and especially on the masses which they cause to be said for them.

d. The friends still living on earth must pay for these masses.

e. The pope exercises some kind of jurisdiction over purgatory. For example, it is his prerogative, by granting indulgences, to lighten the anguish of the soul in purgatory or even to terminate it. 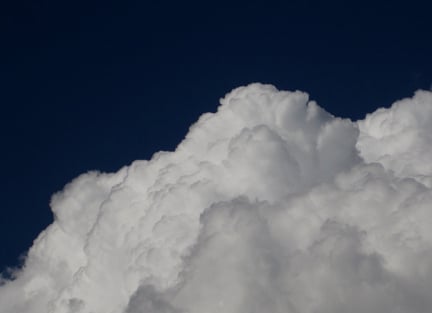 When the question is asked, “Where do I find all this in the Bible?” the answer given by Roman Catholics, such as Cardinal Gibbons, is very revealing. After saying that this doctrine is “plainly contained in the Old Testament,” he quotes one passage, and that passage is taken from a book which Protestants rightfully regard as apocryphal. The quotation is from II Maccabees “with its palpable exaggerations and its frequent moralizings” (Bruce M. Metzger, An Introduction To The Apocrypha, p. 146). The passage is 12:43–45. But even that passage does not prove the Roman Catholic doctrine, for it speaks about prayer for soldiers who had died in the mortal (not venial) sin of idolatry. (On the question Why do we not include the Apocryphal Books in our Bible? see my Bible Survey, pp. 19–21.)

Gibbons also refers to two New Testament passages. The first is Matthew 12:32, which tells us that the sin against the Holy Spirit will not be forgiven either in this age or in the age to come. Of course, this means that the sin indicated will never be forgiven. It does not mean that some sins will be forgiven in “the age to come.” But even if it meant that, it still would be of no help whatever to the Roman Catholic doctrine, for the age to come is that which follows Christ’s second coming. when, according to Roman Catholic doctrine, purgatory will have ceased to exist.

The second passage is I Corinthians 3:12–15. I shall not take the time to offer a detailed exegesis of that passage. The following suffices to show that it lends no support to any doctrine of purgatory. The fire which reveals and tests the works of men is certainly not the literal fire which, according to Roman Catholic doctrine, cleanses their souls. Again, according to I Corinthians 3:15, some men are saved “so as through fire,” not at all “through fire.” And lastly, the main reference of the Scriptural passage is not to the intermediate state but to that which will happen on “the day,” that is, the judgment day, when, as has already been indicated, purgatory will be a thing of the past.

Other Roman Catholic authors have tried to find support for this doctrine in such passages as Isaiah 4:4; Micah 7:8; Zechariah 9:11; Malachi 3:2, 3; Matthew 5:22, 25, 26; and Revelation 21:27. But a mere look at these passages immediately indicates that they have nothing to do with purgatory.

a. It is in conflict with sound Theology and Anthropology (Scripture’s doctrine concerning God and man).

While Scripture ever y w her e stresses the fact that man cannot save himself (Romans 3:21–27; 7:14–25; 8:3) and that basically salvation is God’s work (Psalm 32:1, 2; Romans 7:24, 25; Ephesians 2:8–10; Titus 3:4–7; I Peter 1:19), the doctrine of purgatory shifts the emphasis away from God and toward man. According to Rome’s teaching, it is definitely man who, to a certain extent, pays the bill, endures the temporal punishment due to his sins, earns salvation. In fact, some men, according to this doctrine, are even able in this present life to perform more than their share of good works. The merits of their “works of supererogation” are applied to the souls in purgatory! Such a doctrine fails completely to fathom the depth of man’s fall, and deprives God of the honor due to him (Romans 11:36).

b. It is in conflict with sound Christology (Scripture’s doctrine concerning Christ).

According to the Bible, “Jesus paid it all.” It was he who obtained for his people eternal redemption (Hebrews 9:12) by the sacrifice of himself (Hebrews 9:26). Moreover, it was by means of his one offering that he perfected forever those who are sanctified (Hebrews 10:14). “The blood of Jesus Christ his Son cleanses us from all sin” (I John 1:7; see also Hebrews 5:9; Revelation 1:5). This biblical teaching leaves no room whatever for the Roman Catholic doctrine of purgatory.

c. It is in conflict with sound Soteriology (Scripture’s doctrine concerning salvation).

According to the Bible, a man is justified by faith in Christ’s merits (Romans 5:1), and not in any sense by his own merits. He is sanctified by the Holy Spirit (II Thessalonians 2:13), and not by the fabulous fires of purgatory.

d. It is in conflict with sound Ecclesiology (Scripture’s doctrine concerning the Church and the sacraments).

What a contrast between the Church as pictured by Paul in Ephesians 5:25–27—“glorious, without spot or wrinkle or any such thing, holy and without blemish”—and an institution which has left the impression upon many that it is altogether too money-minded!

e. It is in conflict with sound Eschatology (Scripture’s doctrine concerning the Last Things).

1. In what terms do some Roman Catholics praise the doctrine of purgatory?

2. How do others, with long experience in the Church of Rome, condemn it?

4. Show that the passages of the Bible to which Rome appeals fail 10 prove this doctrine.

5. Prove that this doctrine is a downright heresy.

1. Where did Rome get its doctrine of pur­gatory?

2. Is it a very comforting doctrine? Is it fair to the poor?

3. How does Rome distinguish between that which Christ did to save us from sin and that which we ourselves must do?

4. What was Luther’s attitude toward the doctrine of purgatory?

5. How would you try to convince a Roman Catholic that he should turn away from this glaring error?