I recently returned from the Netherlands where I attended the third meeting of the International Conference of Reformed Churches (ICRC). I was there as an official observer on behalf of Trinity Reformed Church of Lethbridge. There were also three other observers from the Independent churches (having recently seceded from the CRC) in Canada. The others were the Rev. J. Gangar of the Orthodox Reformed Church of Well and port, Ontario, the Rev. C. Tuininga of the Orthodox Reformed Church of Edmonton, and elder Tom VandenBerg of the Reformed Church of Telkwa, B.C. It was not only very kind of the Rev. Van Beveren (retired Canadian Reformed pastor living in Edmonton and secretary of the JCRC) to extend an invitation to a number of the Independent churches, but it was an ecumenical deed of the first rank, and we were all very appreciative of that. None of us had any regrets about attending this conference, and we even had an opportunity to address the body and tell them a little bit of the history of our churches—the struggles of the past, the blessings of the present and our hope for the future. I personally found the conference very encouraging and uplifting. I know I speak for the other three observers too when I express the desire to become a member of this conference once we are federated. Hopefully we will be able to send official delegates to the next meeting which will be held in Seoul, Korea in 1997, D.V. I believe this is an organization that merits our enthusiastic support. 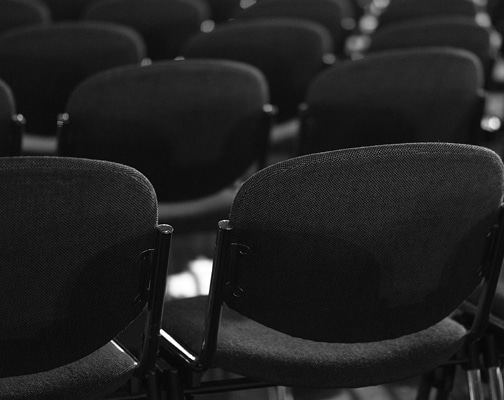 It was such a joy to meet brothers from all over the world (Japan, Korea, Indonesia, Australia, New Zealand, the United Kingdom Scotland, Ireland and Wales; Africa and North America) who were not ashamed of being Reformed. That is a chief characteristic about this organization: it is made for churches who are unashamedly Reformed in doctrine and practice and who seek the fellowship and support of other likeminded churches. I personally thought that this was one of the most exciting parts of attending such a meeting: getting to meet and talk to brothers of the Reformed family, many of whom had gone through struggles themselves in their efforts to maintain the Reformed character of their churches. Many of these churches are very small (much smaller even than the Independent churches of North America) and they sought and need our prayers. What a joy to give each other the right hand of fellowship, to pray for each other and encourage each other in the faith once for aU delivered to the saints (Gal. 2:9; Jude 3).

Since the ICRC is a young organization and not well known to many of the readers of this magazine, here follows a brief history of the movement. The ICRC had its inception in 1982 at Groningen, the Netherlands. It was mainly the liberated churches (sometimes known as the Article 31 churches, or followers of Schilder, 1944) of the Netherlands, Canada and Australia who gave the initial impetus to this organization. However, the Free Church of Scotland and the Reformed Presbyterian Church ofIreland were also invited and became charter members. Here, right at the outset, one sees the beginnings of a very significant trend in the ICRC, namely, amalgamation of two Reformed streams: the continental or Reformed tradition, and the Scottish Presbyterian tradition. That trend became even more solidified at the Conference in Zwolle, the Netherlands a few weeks ago. It is a very heartening trend and we thank God for it. We are able to help each other so much and balance each other out where needed. Ow unity is our common love for the Reformed faith. I remember particularly talking to three brothers from a small, struggling church in Wales, and the bond of fellowship we all felt was a joy to behold. The Australian and New Zealand brethren were well acquainted with this fusion of Reformed Presbyterian traditions since they have been practicing it for some years in their churches and theological college.

Back to the history of IeRe: though its initial inception took place in 1982, the fIrst assembly was not held until 1985 in Edinburgh, Scotland. The second assembly was held in Langley, British Columbia in 1989, and now the third in Zwolle, the Netherlands. The purpose of the ICRC is spelled out as follows:

1. To express and promote the unity of faith that the member churches have in Christ;

2. To encourage the fullest ecclesiastical fellowship among the member churches;

3. To study the common problems and issues that confront the member churches and to aim for recommendations with respect to these matters;

4. To present a Reformed testimony to the world.

The JCRC started out on a small scale in 1985; it grew significantly in 1989, and continued to grow at the most recent meeting: four new churches applied for membership and were accepted:

• The Free Church of Central India

• The Reformed Church in the United States

• The Evangelical Presbyterian Church of Ireland

• The Free Church of Scotland

• The Free Church in Southern Africa

• The Free Reformed Churches of Australia

• The Presbyterian Church in Korea (Kosin)

• The Presbyterian Church of Eastem Australia

• The Reformed Churches (liberated) in the Netherlands

• The Reformed Presbyterian Church of Ireland

In Langley in 1985 there were about 10 observer churches. That increased to about 20 this year. Some of those are:

The Conference lasted for 9 days, September 1 through 9. It began with a prayer service on August 31st in the beautiful facilities of De Koningskerk (Vrijgem.) in Zwolle. Perhaps the next conference should be a bit less protracted. We could have done things a bit faster, though the “free time” for “inter-church relations” was valuable. There has to be sufficient time for brothers to get to know each other, and that was a plus. On the first Saturday we had a tour of the theological school (Vrijgem.) in Kampen (broederweg). Old magnificent buildings, well kept. We had the privilege of meeting most of the professors who teach there. We also had an audience with the Mayor of Zwolle at City Hall.

I have not yet mentioned what was no doubt a highlight of the meeting: the various papers (lectures) that were presented and discussed. It would take too much space to elaborate on these papers, but suffice it to say that the lectures were scholarly, timely and interesting. The discussions were often even more stimulating and profitable. Here is a list of the topics and speakers:

Rev. C.J. Haak, Lecturer Missiology at the Theological University of the Reformed Churches in The Netherlands

Professor J. Kamphuis, professor emeritus of the Theological University of the Reformed Churches in The Netherlands

Professor Aladair I. Macleod, professor of Apologetics and Practical Theology at the College of the Free Church of Scotland

Professor H.M. Ohman, professor emeritus of the Theological University of the Reformed Churches in The Netherlands

Recent Criticisms of the Westminster Confession of Faith

Professor W. Norris S. Wilson, professor of Old Testament and Literature at the Reformed Theological College of the Reformed Presbyterian Church of Ireland

Just a couple of comments: the Rev. Haak spoke on “Missions and the Wrath of God.” Who hears that emphasis today in an age of “contextualization” where the gospel is often accommodated to the listeners? Haak did a masterful job of showing that mission is serious business. People must be confronted by the urgency of the gospel, and they must know the consequences of not believing.

Professor Gootjes of Hamilton made a fine defense of Catechism Preaching. Not only does the practice go back well before the Synod of Dort, but oft-heard objections against the practice were well-answered. Not all the Presbyterian brothers were convinced, but that was not the fault of the presentation. Not every one was totally convinced either of the “redemptive/historical” method of preaching. A lively discussion took place on that. In his paper on prophecy, Professor Wilson took issue with Wayne Grudem’s position and pointed out clearly the weaknesses in the latter’s exegesis and interpretation of Scripture. The canon is closed: no more revelation today.

1. Some delegates expressed the fear that the “liberated churches” would have too large a voice in the ICRC. They no doubt did have a dominating influence in its initial stages, but with more churches joining, that fear will subside.

2. Partly as a result of ICRC, Presbyterian churches are having another look at the Three Forms of Unity, and Reformed churches are beginning to have a new appreciation for the Westminster Standards. That’s all for the good.

3. This was supposed to be “a singing conference,” and we did our share of that. Present were some “exclusive psalmody” brothers, others who object to musical instruments in worship; and then we had Genevan tunes enthusiasts. I don’t fit in any of these categories. “In necessary things unity; in doubtful things liberty; in all things charity.” I (and several others) did find the Genevan tunes exceedingly difficult and almost unsingable. It put kind of a damper on the singing.

4. The ICRC is in some ways an alternative to the REC(s). The latter body refused to oust the GKN and to uphold its constitution. Note that a number of churches who at one time were members of the REC, have left that organization and are now either members of the ICRC or contemplating membership. I mention the Reformed Churches of New Zealand, the Orthodox Presbyterian Church and the Chr. Geref. Kerken of the Netherlands. May the ICRC never go the way of the REC.

I do wonder about the start of a new organization in California known as the International Reformed Fellowship. I wonder why these brothers did not consider joining the ICRC? We don’t need duplicated efforts. The ICRC, as I see it, completely rules out the idea that the Alliance of Reformed Churches ought to become “an ecumenical agency” for the unification of various churches. It would be a waste of time and effort, not to say divisive, to begin yet one more organization for ecumenical fellowship.

5. In a more-or-less unrelated comment, I want to say that the Liberated churches in the Netherlands have made deliberate efforts toward greater biblical ecumenicity, openly distanting themselves from a former more introverted “churchistic” attitude which bred isolationism and a certain self-righteousness. One of their own (retired) pastors was quoted in a Dutch daily as saying that their Canadian and Australian brothers had not quite been able to keep up with their brethren in the Netherlands. Especially from Australia there were critical comments in this regard. I do hope that in due time they will indeed catch up with their brothers in the Netherlands. If the brothers who were there from Canada at this meeting are any indication of things to come, then I am optimistic. I was greatly pleased by what these brothers said and did at the meeting. I was encouraged by it, and I hope that this leads to greater unity among us, even federative union in due time. May God grant that.