Today we are seeing a revolution in church music. The changes of the past two decades or so include new musical instruments introduced widely into public worship, new and more contemporary styles of melodies for singing, and much more time given to music in the worship service. The new hymnody is more emotionally charged and presented in a form that resonates with contemporary culture.

The last time such a dramatic change in music occurred is perhaps the early eighteenth century. Then too a fatigue with the older church music seemed to give way to a new music that was more emotional and seemed to serve the heightened emotions of the revivals of that time.

Certainly the state of singing in the English-speaking Reformed world was not good by the late seventeenth century. The historian Michael Crawford has illustrated the state of singing at that time in this description of psalm-singing in Scotland: “By the end of the century the number of tunes commonly in use had been reduced to twelve and many congregations employed only a few of these. Lining out was universal, precentors were unskilled. The notion that tunes had been written in a specific key was lost and it often happened that the precentor would have to start a psalm over because he had pitched it too high or too low. Congregations sang in the nasal, reedy voice of Scottish folk singing, without regular pulse or rhythm, and embroidered the tunes with improvised melodic decorations. Different parts of the congregation would sing at varying tempos, while some individuals chose a tune different from the one set. Despite the anarchic cacophony, many pious Scots found this form of religious worship spiritually edifying, and some may have continued it in their family devotions after it had disappeared from the churches.” 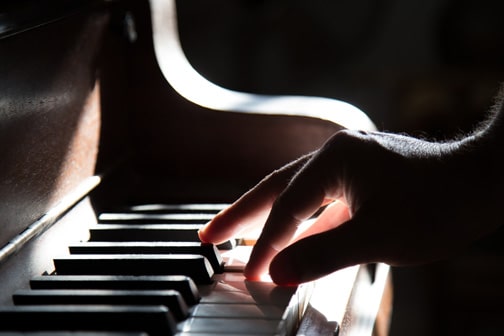 The problems Crawford noted were especially the absence of songbooks, the small number of tunes used and the weakness of song-leaders (precentors, from the Latin pre-cantus, “sing before”) leading to poor congregational singing. Not surprisingly many responded very favorably to efforts to correct this situation.

The man who most effectively introduced change in this situation was Isaac Watts (1674–1748). Watts was born in England and was raised and educated in non-conforming (that is, congregationalist) circles. He served as a pastor in London from 1699 to 1712 when he resigned due to poor health. He seems to have been somewhat inclined to unitarianism and in 1719 opposed requiring belief in the doctrine of the Trinity for non-conformist ministers.

Watts is best remembered today as a great hymn writer. The power and beauty of his poetry attracted much attention in his own day and led to a rising tide of voices calling for the introduction of his hymns to public worship. Watts wrote hundreds of hymns, many of which are forgotten. But today any good hymnal will still have some of his most notable hymns, such as “When I survey the Wondrous Cross.” Many of his hymns were paraphrases of the psalms which he gathered into his 1719 hymnal, The Psalms of David Imitated in the Language of the New Testament. His psalm paraphrases included “Jesus shall reign where’ere the sun” (Psalm 72), “Our God, our help in ages past” (Psalm 90), and “Joy to the World” (Psalm 98). Due to Watts and others like Charles Wesley, the first half of the eighteenth century became a time of great changes in church singing. Again Crawford summarized the situation:

“The introduction of hymns to divine service constituted a major liturgical innovation in New England Congregational and English Dissenting churches in the mideighteenth century, and for a long time thereafter many churches would continue to prohibit nonscriptural hymns during public services.”

Interestingly this reform in church music was driven by concern about the tunes and method of singing used in those days. But the effect of the reform in many places during the course of the eighteenth century was to replace psalms with hymns. Watts was after all the great writer of hymn texts, not the great composer. Yet Watts was very self-conscious and clear about his efforts to replace the metrical psalms with psalm paraphrases and hymns. He stmnnarized his frustrations with psalm-singing in these words:

“When we are just entering into an evangelical frame, by some of the glories of the gospel presented in the brightest figures of judaism, yet the very next line perhaps which the clerk parcels out unto us, hath something in it so extremely jewish and cloudy, that it darkens our sight of God the Saviour. Thus by keeping too close to David in the house of God, the veil of Moses is thrown over our hearts.” These striking words of Watts encapsulated what many felt and still feel today about the psalms: many good things, but too often mucked up with Old Testament stuff. We need songs that are Christocentric and New Testament in character.

As readers of The Outlook may remember, I have several times encouraged the singing of psalms as one of the treasures of our Reformed heritage. The words of Watts cited above have given me pause to reflect further on the psalms and especially on the question as to whether they are too Jewish for Christian use. That question can no doubt be approached in several ways. The two most obvious ways are first, to consider the use of proper names for persons and places in the Psalter and second, to consider the distinctly Old Testament topics in the Psalms.

These statistics indicate that 136 psalms are easily accessible in terms of proper names to anyone even casually familiar with the Old Testament. Far from casting a Jewish veil over New Testament praise, the psalms connect the church and all Christians with its Old Testament roots in a very important and vital way. We come to the heavenly Zion and the heavenly Jerusalem through great David’s greater Son. We are the new Israel, the true sons of Abraham and Jacob. If we do not know these things as Christians, we are impoverished indeed.

The other area in which someone might feel that a Jewish veil is found in the Psalter is in topics like the temple, the altar, sacrifice, or allusions to historical events in Israel’s history. But again we can clearly see that if we do not see Jesus as the true temple, the true altar and the only sacrifice, we do not understand our religion. Israel’s battles are types of our battles against principalities and powers in high places. (Other arguments along this line I addressed in an earlier article in The Outlook.)

The current revolution in church music often presents itself as merely a matter of style while in fact significant changes are made in the texts and content of songs. Those of us who see the value of psalm-singing should use this time to encourage the composition of new tunes of high quality that will not only sound better to the contemporary ear, but will also carry the meaning of metrical psalms. This time may even be an opportunity to reverse the revolution of the early eighteenth century and restore the psalms to the central position they ought to have in the praise of the church.

Dr. W. Robert Godfrey, professor of Church History, is also president of Westminster Theological Seminary in Escondido, CA. He is a contributing editor of The Outlook Magazine.