“The Lord is the strength of my life, of whom shall I be afraid? Wait for the Lord. Be strong and let thy heart take courage; Yea, wait thou for the Lord.” These words of the Psalmist are the words which a devout father, an earnest teacher, and a loyal friend would desire to have spoken about his life. To bring a tribute in memory of Professor Van Til is to speak about God and his gift through this man to the Christian community. For to speak about the achievements of a man, to enshrine his memory in our lives, would be a betrayal of everything for which this man lived while he worked in the Church of Christ.

Professor Van Til was a man of God; that is, a man saved by the grace of God in Christ, a man claimed by God for total service. The meat and drink of his life was to honor, serve, love and worship the God of his salvation. He loved to speak of himself as a Calvinist, as a person oriented in the direction of God’s praise and glory. 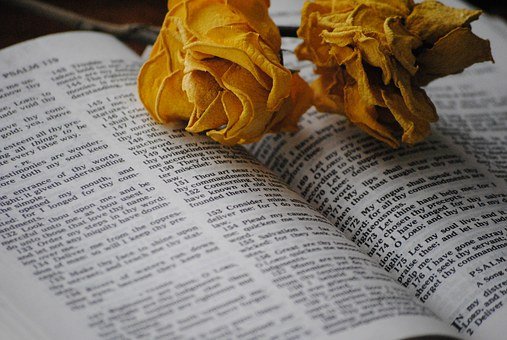 As a Calvinist he functioned as the head of his home. A dear wife and seven children lived in the presence of a God-claimed man. On the day of his entrance into the rest of eternity one of his daughters received a letter from her father. She had written him about the unique problems common to young Christians. The fathers reply was filled with the words of God: “Cast your cares upon the Lord…In nothing be anxious…with all prayer and supplication make your requests known unto God…the peace of God shall guard your heart…” As father he was a man of God. With strength and understanding he brought the inscripturated words of God into the lives of his children.

The God-called and God-claimed character of his life finds expression in a book he wrote. In the preface to The CaZoinistic Concept of Culture he wrote, “I thank my God for his gracious providence and his tender mercies, which have been new every morning, for energy and delight in labor to do the work which was involved. I thank God that he has called me to labor in his Kingdom and by his grace to serve him day by day as he gives me strength. CARPE DIEM…CORAM DEO…PHO RECE.” So he revealed the unique spirit of his life, the hidden drive of his vital personality. Carpe diem, that is, take the present opportunity. Coram Deo, that is, in the presence of God. Pro Rege that is, for the King. He was a man of God living consciously in the presence of God, and striving to seize each day’s opportunities for the honor of his King.

Comfort for his dear wife and seven children, for his colleagues at Calvin College, for his many loyal relatives and friends is found as they catch something of this spirit. In this situation the gracious Sovereign of heaven and earth meets us where we are. By his saving power he takes uS into the service of his world-wide program of salvation unto the glory of his grace. In the family’s startled sorrow, in the church’s painful loss, the gracious Sovereign will bind up the wounds and help transmute this hard experience into an occasion for greater glory to God’s matchless love in Jesus Christ. The Lord is the strength of our lives.

God claimed Professor Van Til early in life. Born into a godly family, deeply committed to a gracious covenant God, this man of God grew up as a son of the soil. Life’s hard and heavy pressures helped form a strong, vital, intense personality. Early in life he was exposed to wind and rain, heat and cold. Thus God formed a rugged spirit under the disciplines of poverty, hard work, and unbending devotion to the will of God. Early in his life there was kindled an inextinguishable flame for service in God’s Kingdom. During these years Van Til worked hard, long hours. His environment contained nothing mild, gentle, or easy. Renting a truck for a dollar a day, he transported produce to the markets of Chicago. He worked hard in the fast currents of economic greed, buffeted on every side by fierce competition, coarse and brutal language. His early years were lived with intensity, self-assertion, strength, ruggedness, vitality, and dominance. Then God claimed this man, formed in such surroundings, for service in his Church and Kingdom. God brought into the service of his Church in the life of Professor Van Til the qualities of rugged individuality, passionate affirmation, intense drive and boundless energy.

For this grace of God Henry R. Van Til remained profoundly, intensely thankful all his life. With devotion he consumed the energies of his life as father, pastor, chaplain, teacher. He died as he lived, eagerly active in the service of his gracious, sovereign God. He reflected in his life the spirit of which he wrote on page 56 of his book—“The claim that God puts upon his people makes them peculiar in the sight of the world, for God’s sovereignty is the rule of his will in their hearts, so that they are motivated by an unseen power and radically reoriented in their whole being. They have taken aboard their ship of life a new Pilot, Jesus Christ as Lord, who is steering their course by the lodestar of God’s Word, to the praise of the glory of his grace.”

He was a preacher and a pastor at Sumas, Washington, for three years. As God’s friend and the friend of God’s common people, this man of God lived intensely, vitally, eagerly serving. He tried to seize every opportunity every day and use these for the greater glory of God. When the pressures of divine providence, moving through all the complex factors of human history, brought a war, this man of God saw his duty to go to war. He left his wife and family. God claimed him for service. The Lord’s young people in the armed services needed the Word of God, the ministry of the gospel. And Henry R. Van Til threw the vitality of his life into that service for his nation under God.

In 1946 the Christian Reformed Church called him to teach at Calvin College. Into the academic community he brought the unique qualities of his life. With selfless abandon he and his wife opened their hearts and homes to many students. Countless numbers there received love and help from a God-saved and God-claimed man. He carried courage, intensity, and forthrightness into his classroom. It was hard for him to be dispassionate, objective, reserved in opinion, qualified in expression. He tried, but these were not the innate qualities formed early in his life. He spoke with passionate affirmation. He spoke openly, honestly, unreservedly. He felt compelled to speak in this way. He could and would hide nothing. He was Coram Deo, in the presence of God.

Some disliked his forthrightness, for at times it would annoy. Some did not understand him and thought him overbearing and intransigent. But this man of God knew himself. He knew he was a sinner, imperfect and ever needful of God’s purifying Spirit. He said, “Let no one conclude from the sometimes passionate affirmation of

certain propositions that I consider my definition of Calvinistic culhlre definitive and conclusive.” He spoke with irritating forthrightness, complete openness; but underneath he was open to criticism, eager to reach better understanding of the will of that great God who had claimed his life. He was on the move in Christ’s cause, intensely eager to serve him who is the Truth.

Henry R. Van Til was a man of God. He was claimed by saving love to be a servant. This man, a complex product of home, cultural community, academic environment, pastoral involvement, was at bottom, at top, all around a man of God. And now God claims him for newer, greater, perfect service with his intensity and vitality made perfect by the power of God’s Spirit.

Henry R. Van Til is dead to this age. But the cause which was his delight, and which consumed his life, moves on. Bidding sad farewell to a loyal friend, thanking God for this man he gave to the Church, taking his dear wife and seven children to our sympathizing hearts, we can do nothing better than to make his spirit ours. We take this sorrow, this pain, this loss CORAM DEO, PRO REGE, until the faithful meet the spirits of just men made perfect before the throne of God, the great and gracious Sovereign who gave us Henry R. Van Til and then took him home.