A remnant is that which remains from a larger original piece, amount, or group. In reference to God’s people, it is those who remain faithful to his Word even through opposition and while others follow into apostasy. “Though the number of the children of Israel be as the sand of the sea, a remnant shall be saved” (Rom. 9:27, New King James Version). It is reported that there are well over thirty thousand Christian denominations in the world. Out of all the continual schism and apostasy God preserves a remnant unto himself. 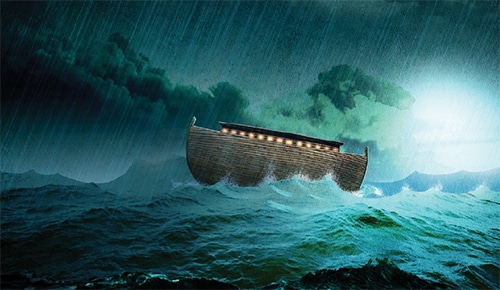 In 1951, Reformed Fellowship was organized to unite like-minded Christians for the positive and militant defense of the Reformed faith. This was motivated out of alarm for a shift being observed in teachings and developments within the church. By means of a monthly publication, Torch and Trumpet, the warning and call to vigilance was sounded. The magazine’s verse was Judges 7:20, “And the three companies blew the trumpets and . . . held the torches in their left hands, and the trumpets in their right hands . . . and they cried, The sword of Jehovah and of Gideon.” The name of the periodical was later changed to The Outlook, and the verse was changed to “exhorting you to contend earnestly for the faith which was once for all delivered to the saints”(Jude 3). Through the efforts of Reformed Fellowship, God’s people were encouraged and called to remain faithful to the Scriptures. By God’s grace it was and continues to be used as a means to preserve a remnant of Reformed believers.

The Reformed confessions were gradually further undermined, and in 1985, another organization, The Committee of Concerned Members, was organized. The leadership of this organization consisted of many from among the leadership and membership of Reformed Fellowship. Their purpose was similar: to unite, as like-minded Christians, concerned members of the denomination, for the positive and militant defense of the Reformed faith. The two organizations worked tirelessly in defending the faith. Ultimately, losing the battle, in 1995, a new federation of churches was established, determined to remain faithful to the Scriptures and the Reformed confessions. Again, a remnant was preserved.

The North American Presbyterian and Reformed Churches (NAPARC) is made up of thirteen denominations and federations. Each one has its own history in having to make the decision to go with the flow or to remain faithful. Within the Reformed context, they too are a part of the remnant.

Concern about the church and the Reformed faith ran high from the mid-1980s to the mid-1990s. Local chapter meetings and annual conferences brought together large attendances even from distant places. Since then, lethargy and indifference seem to have set in again. Reformed Fellowship would hardly dare to sponsor an annual conference and expect a similar attendance as those former conferences.

It seems in our day some among us so easily give up their Reformed heritage and go off somewhere else. As they abandon their rich heritage, God brings the message to others who receive it enthusiastically. The publications of Reformed Fellowship are being used at home, abroad, and in the prisons. We often receive inquiries from different parts of the world who find us on the Internet. Some of our publications continue to be translated into different languages. God builds his church and adds to the remnant. In our feeble efforts, God is using Reformed Fellowship to defend and preserve the Reformed faith thereby preserving to himself a remnant.

In a Few Words by Mr. Myron Rau