In a Few WORDS

Why would any reasonable person choose to bypass nutritious food readily available while slowly starving to death? It is almost incomprehensible.

Just four miles from the rural Wisconsin home where I grew up there lived an unmarried brother and sister who appeared to be in nearly desperate poverty. Their unpainted, shabby-looking house stood forlornly back in the trees. 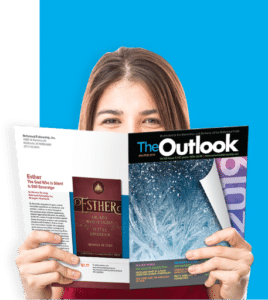 The exterior begged for some paint or at least for someone to repair a few of the broken boards. A fence surrounded a yard which grew untamed weeds hip-high. The closed gate discouraged any would-be visitors. The brother and sister had cousins and relatives in the area, but almost no one ever stopped at that dilapidated-looking set of buildings. The two of them were written off by the community as being antisocial or at least detached from normal people.

Then, in the 1980s, as I recall, first the sister and later the brother passed from this life. (For no one stays on earth forever.) After the brother’s funeral somebody needed to go through the house. The story soon filtered out. People discovered the deceased sister had $80,000 in her bank account, and another $30,000 hidden in a cookie jar. It also was revealed that the brother was the owner of twenty-four farms, had more than $200,000 in the banks, and had squirreled away another $75,000 in cold cash in the house. The tragedy: the county coroner reported that both of them had died of malnutrition!

But far more tragic: millions of people in our modern world choose to starve spiritually while nibbling on materialistic bones that give nothing for the soul. Multitudes are choking on, as it were, plastic cotton candy and gnawing on imitation “bread that does not satisfy,” gagging on manmade goods and the stuff of things. All the while they are gobbling up insignificant pebbles of modern trivial information. Having served in both the United States and Canada with almost forty years of ministry, I have seen the words of Scripture played out before my eyes: “My people perish for lack of knowledge.” Tragically, too often God’s Word is ignored by choice.

Meanwhile the Bible also says, “In the last days knowledge shall be increased.” Just tap into an Internet search engine and you know that millions of people know billions of trivial details that do them no good for their spiritual nourishment. In many well-informed homes you used to find whole sets of encyclopedias. Now people can walk around with ten thousand encyclopedia sets available in their handheld devices. Yes, there is a plethora of information available, much of which has zero nutritional value for one’s soul. Even in our churches we are often saddened to learn of some who know so much about the world out there and so little about God’s Word. Do we dare to admit that spiritually speaking multitudes are on anorexia diets? I fear also that so many in our churches read so little of the Bible in their personal lives throughout the week.

It is our prayer that this magazine, now in your hands, will assist you in spiritual nourishment, even letting you learn new truths from God’s Word and deepening your spiritual awareness. Remember God’s promise: “Open your mouth wide and I will fill it” (Ps. 81:10).

Therefore, let the malnutrition be stopped! Let the feasting begin!