“And I said, Oh that I had wings like a dove! Then would I flyaway and be at rest.

These words of the psalmist express a very strange wish. The psalmist wishes that he were a bird, or, more accurately, that he had the wings of a bird. This longing is all the more striking when we remember that it was David who uttered it. Why should he express such a longing? We must remember that David was in trouble, and remembering this fact, we begin to understand.

David’s difficulty was a real one. We all know that David was not a weakling or coward, cringing before the slightest difficulty which presented itself. We know him as a warrior, a statesman, a poet, and above all, as a great saint. We shouldn’t overlook, however, another trait which he possessed, namely, that because of his appearance and character, he had a marvelous capacity for winning men’s hearts. Now it so happened that Absalom, his son, inherited all of his father’s winsomeness, but none of his spirituality. For that matter, spirituality is never inherited anyway.

This is the time of Absolom’s rebellion. David’s counsellors had cautioned him repeatedly but he would not believe that his son was plotting against him. But now it was apparent that behind his· handsome face Absalom had been hiding a treacherous heart. For a long time he had carefully laid his plans. Now at last the blow has fallen, and it is one of the most bitter which David ever experienced.

Need you ask why David is troubled? He realizes that the kingdom will suffer. He is deeply hurt by the ingratitude of the people whom he has served so well. H e suffers the anguish of a broken heart because his own son is involved in great wickedness. And all the while he is tormented by the realization that he is suffering the consequences of his own sin. For the Lord had said unto him, “the sword shall not depart from thy house,” now doubly cruel in its fulfillment because the sword is in the hands of his own son. Under such circumstances David utters that very human cry which has sobbed its way through the centuries. 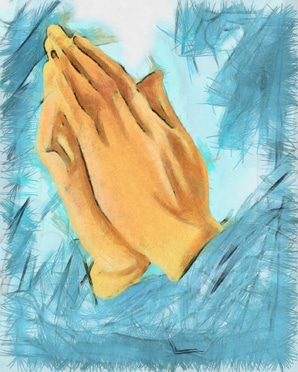 In your own mind you can reconstruct the scene. David is pacing back and forth in a palace room, his heart filled with anxiety. He approaches the window and as he pauses there for a moment, a bird, startled by his appearance, lifts its wings and flies away. It is a dove, the symbol of peace, and David, envious of that bird, cries out “Oh that I had wings like a dove.”

One wonders where David would go. He indicates that he would go into the wilderness and be at rest. No doubt he is thinking of the days when, as a shepherd, he attended his father’s sheep. Now he wishes that he could return to Bethlehem and be freed from the cares which oppress his spirit.

But the hope that David expresses is vain. The attainment of rest does not depend on flight. Heartache is ever more swift-winged than we can ever hope to believe have the advantage of high speed cars, swift-moving trains, supersonic planes, and yet, where is the soul in all the world that can run away from his troubles?

The Wings of Prayer

There a re those, of course, who will contend that this wish of David was never fulfilled. It is true that David did not literally receive the wings of a bird, but it is just as true that his request was fulfilled more wonderfully in that he received the wings of prayer. David didn’t need a new physical environment; he needed a new spiritual atmosphere. The remedy for his ills, even as for ours, is in God—that God who said, “Come unto me all ye that are weary and heavy laden and I will give you rest.”

If David received wings—wings of prayer—we naturally ask what is meant by prayer. Prayer is that fellowship with God which is first of all prompted by a deep sense of need, which is taught us evermore by the Holy Spirit, and which at times rises to such heights that we pray to the sheer delight of praying.

David appreciates the significance of this fellowship so much that he declares that he will not only pray at the time of morning and evening sacrifice, but even at noonday in the midst of life’s busy activities. And certainly prayer is just as essential for us. Times may have changed, but the need of prayer is quite as acute as it has ever been. We live on the main streets, the highways, the boulevards, spending altogether too little time in the inner chamber. We are so busy that again and again we hear people say, “I don’t have time for anything. I wonder if they don’t have time to pray either?

David is not only declaring that he will call upon God and do so with all his heart, but he also declares that God will hear him. And if he is convinced of that, why should not we be when the promises of answered prayer are even more abundant for us? We, too, need this confidence, that when we cry aloud, the Lord hears and answers.

I know the question you are going to ask. You are going to say “How can I pray so that my petitions are effective and that I can experience the power and the pleasure of answered prayer?” The answer is fourfold. First of all, we must pray intelligently, which means that we must pray in the light of God’s Word and in response to his own revelation. In a figurative sense it must be true of us that we pray with our Bibles open. Then as we respond to God’s message to us and even employ that language which he himself has taught us, our prayer shall not go unanswered.

We must also pray obediently, following the leading of God’s providence. Then ultimately there will be in our lives the sweet music of true harmony between our will and God’s. Living obediently and praying obediently, the Lord will answer.

Certainly we should not forget to pray expectantly. Only too often we exhaust all our own resources, seek the help of others, but God is forgotten until in desperation we turn to him as a last resort. But David tells us that we are to cast our burdens on the Lord and casting our burdens upon him, we are to expect confidently that he will concern himself with our needs. Prayer is not overcoming God’s reluctance but laying hold of his willingness.

Finally, we should pray persistently. When the Lord shows that his will is contrary to that which we have asked, we are to abide by his way for us. But when he has not given us a negative answer and our need is great and our heart is troubled, we may call upon his morning, noon, and night. If we are called upon to forgive seventy times seven, then there are many things in our lives concerning which we can discard all mathematics and steadfastly plead with the Lord night and day. Our persistence will then be evidence that our prayer rises from the very depths of our being.

The camel at the close of day Kneels clown upon the sandy plain To have his burden lifted off. And rest again.

My soul, thou too should to thy knees When daylight draweth to a close, And let thy Master lift the load And grant repose.

Else how couldst thou tomorrow meet, With all tomorrow’s work to do, If thou thy burden all the night Dost carry through?

The camel kneels at break of day To have his guide replace his load; Then rises up anew to take The desert road.

So thou shouldest kneel at morning’s dawn That God may give thee daily care ; Assured that he no load too great Will make thee bear.