n earlier articles we have discussed the concerns of IRBC’s founding elders about the corrupted elements of culture and how these elements are being seen in increasing measure within the visible church. Thus far we have considered various aspects of these elements under the headings of hedonism and liberalism. Both of these systems of thought can be viewed as prisons of the soul.

Hedonism is the prison wherein souls have become bound in the chains of the flesh via the pursuit of worldly pleasures. In this dingy prison Satan anesthetizes the prisoner’s soul by clouding his or her vision in relation to the chief end for which mankind was created. Even regular churchgoing believers can be anesthetized in such a way as to be deprived of the wonderful experience of personally glorifying and enjoying God in public worship. How? By failing to enjoin themselves to the glorious reverential worship that is taking place in the sanctuary of heaven from Lord’s Day to Lord’s Day. Why? Because their attention becomes focused on a horizontal plane in connection with being influenced by the hedonistic tenor of our culture. What happens? When the focus becomes horizontal instead of vertical, the meaningfulness of their public worship experience becomes dependent upon the performance of the preacher, musicians, or other factors that have the ability to stir one’s emotions. When their emotions fail to be stirred by external factors, their assessment of the public worship experience is often negative and not commended to others. The lack of commendation and/or negative reports of such inaccurate assessments1 negatively affect the pulpit ministry and the propagation of sound practices associated with public worship. (It seems such variables could be contributing factors to the low retention rate of post-high young adults in many conservative Reformed congregations). 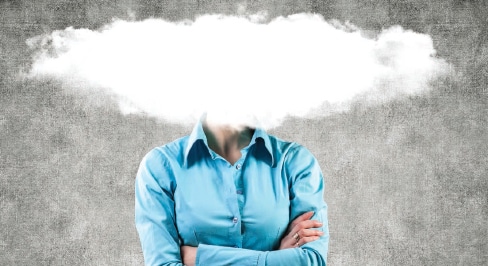 On a day-to-day basis, worldly pleasure-seeking Christians are robbed of the joy of glorifying God via acts of service within and outside their local congregations as they run after the “winds of pleasure.” As they forfeit service for wind they are also robbed of two other things, one in the present and the other in the future. In the present they are robbed of the privilege of enjoying the fullness of the ministry of the Holy Spirit who wonderfully manifests his presence in the communion of the saints as the Bible is studied, sick and shut-in members are visited, and the anguished of soul are encouraged and counseled. In eternity they are robbed of rewards that moth and rust cannot destroy and thieves cannot steal.

Those taken captive into the prison of liberalism have the incredible multidimensional light of God’s Word eclipsed in various degrees from their inner person. Oftentimes one of the major contributing factors to this devastating eclipse is the methodology many of these prisoners utilize in their study of Scripture. Instead of coming humbly before the Word and seeking with the Spirit’s help to get out of the text its true meaning (exegesis), they come to the text with their preconceived notions and read meaning into the text. This dangerous practice gives one the ability to twist Scripture to say whatever one wants it to say. Such a faulty interpretation methodology severely limits the light of the full counsel of God from shining upon the soul and thus severely stunts spiritual growth. It also often results in the propagation of aberrant doctrine. This is truly a sad reality given the fact that God’s children’s bodies are temples (1 Cor. 6:19) consecrated in part for the preservation and propagation of the divinely inspired doctrine of special revelation. The preservation and propagation of God’s truth from the realm of special revelation is not the only thing which is negatively affected by souls bound in this prison. Much of the truth God reveals through the realm of general revelation is either suppressed, polluted, or misrepresented by “sloppy science,” poor accountability, and biased reporting.

Although God’s truth revealed through this realm is of a different nature than that of special revelation (i.e., it does not save or sanctify), it is still valuable truth that can greatly benefit Christians as they deal with various counseling-related types of issues.

We will now begin to draw the curtains on this dimension of our ongoing discussion wherein we have considered some of the corrupted elements of culture that are currently being used to overshadow the work of Jesus Christ in both American society and in the visible church. It was said earlier that we would look at these elements under the headings of hedonism, liberalism, and humanism. We have given ample time considering the elements under the first two headings. Let us close our time by briefly touching upon them under the last heading.

We do not need to spend a great deal of time discussing humanism, especially as it applies to counseling, because we have already interacted with the humanistic theories of three men who may be considered forerunners of contemporary psychology. We looked at these theories under the heading of (theological) liberalism because it is under this umbrella that most humanistic theories find their way into the visible church. (Remember liberalism is a system of thinking that denies the complete truthfulness of the Bible as the Word of God and denies the unique and absolute authority of the Bible in our lives.)

When viewing secular humanism as a collective system of thought wherein souls are imprisoned, it may well be called the darkest prison of all. It is, indeed, pitifully dark because in this system the agency of man (both individually and collectively) and his ability to reason serve as the foundation for ethics and doctrine as opposed to God and the divine revelation which flows from his being. Thus the exalted position of the Creator and Sustainer of the universe is usurped by the creature who was created in his image. The leader of this usurpation-based revolt is Satan. He tried to usurp God’s throne in eternity past and was unsuccessful. Although severely wounded and chained as a result of Christ’s victory on the cross which occurred in the fullness of time, he still employs both angelic beings (demons) and human agents in his hateful battle to rob God of the glory due God as King of the universe.

Paul’s first epistle to Timothy describes the manner in which Satan’s demonic and human agents work together to carry out strategies against God and his people. In the context of a discussion wherein Paul shares that the “Spirit explicitly says that in later times some will fall away from the faith” (4:1a), he explains how this great falling away will occur: “Men will depart from the faith by giving heed to seducing spirits and doctrines of demons.” As the context indicates, these spirits are not men but demons. Like planets that seem to wander back and forth between the constellations, these spirits wander; moreover, they cause men to wander. They seduce, and lead astray. By giving heed to them one is giving heed to doctrines of demons (cf. 2 Cor. 4:4; Rev. 13:11, 14).

These doctrines are embodied “in the insincere utterance” (literally, in hypocrisy) “of those who speak lies.” “As Satan made use of a serpent to deceive Eve, and this by means of an insincere utterance (Gen. 3:1–5: he was hiding his real objective; for while he pretended to raise Eve to a higher level of glory, so that she would be “like God,” his real aim was to dethrone God and enthrone himself), so these seducing spirits or demons make use of men who speak lies and who talk piously and learnedly in order to cover up their own arrogance or immorality.”2

We, therefore, understand that within the philosophical system of secular humanism the “doctrines of demons” supplant the doctrine of God and thereby dethrone God in the lives of the souls chained in this darkest of prisons. In this evil system, man and his worldly philosophies, which originate from the prince or ruler of this world (John 14:30), become the measure of all things. And when such a corrupted standard continues to prevail, the conscience is increasingly damaged to the point of being seared.

It needs to be mentioned that not every humanist denies the existence of God or the value of Scripture. For throughout the New Testament era there have been some who have identified themselves as “religious” and even “Christian” humanists. It seems that a number of these folks affix a different meaning to the term “humanism” in comparison with the one which is held by many.3 Yet, one can only cringe when evaluating the devastating results that the adoption of various forms of humanistic systems of thought have inflicted on Christendom throughout the years. In the nineteenth century many seminaries began denying the supernatural, which resulted in graduating pastors and other leaders who adhered to many of the ethical teachings of Jesus yet denied his resurrection. The overall consequence was a social gospel which had not as its emphasis the necessity of telling people of their need to be saved from God’s everlasting wrath due to sin, but one focused on feeding the hungry and doing various acts of charity. The social gospel still plagues a large segment of the visible church and is directly related to the spiritual decline of many congregations within mainline denominations today. Yes, we are to be about the work of caring for the needy as well as doing other charitable acts, but never at the cost of preaching the gospel and living in obedience to God’s Word. May God give us the grace to do both.

In closing, we recognize that what the inmates in the prisons of hedonism, liberalism, and humanism fail most to comprehend is the glorious treasure that God’s Word is to mankind. They fail to see that Scripture is:

Authoritative because it is God-breathed. For this reason it is to be respected and obeyed.

A means by which God creates a proper fear for himself which affects man’s ethics and worship.

A perfect and reliable body of instruction to address all of the spiritual needs of every person at all times.

The product of divine thought which takes into consideration that God knows everything about us and understands what we need to know about him.

God’s Word is truly a glorious treasure for mankind! For this reason IRBC’s counseling philosophy and methodology are built upon and with it. In upcoming issues we hope to receive accelerated instruction in IRBC’s counseling model.

1. Accurate assessments of a public worship experience will be based on the purity of the preaching and the overall conformity of the worship service to Scripture (i.e., the regulative principle of worship).

3. Many think of humanism in terms of homo mensural, which is a term that was coined by the ancient Greek philosopher Protagoras. It means “man the measure” and well summarizes the major tenets of what traditionally is understood as humanism.