When I first met her she was a spirited feisty young teenager. I supposed she was born that way. When she was eight years old, her family attended a conference where her father was one of the speakers. One evening there was a musical program during which the enthusiastic leader encouraged, “Let’s give God a hand.” At that she got up and began to walk toward the exit. Her surprised father reached her before she fulfilled her intention.

“What are you doing?” he inquired.

“Well,” she clenched her argument, “they’re being rude to God!”

The family followed her out.

As a college student today she knows it gets a lot worse. People aren’t just flippantly “giving God a hand.” In many services they routinely give each other a hand, especially in response to musical offerings.

Ministers will note that the practice has not caught on as response to sermons. Perhaps we will have to install applause signs in our sanctuaries (or “worship centers” as they’re now called) before people will get the idea. Then we’ll have to learn to pause until the clapping subsides. 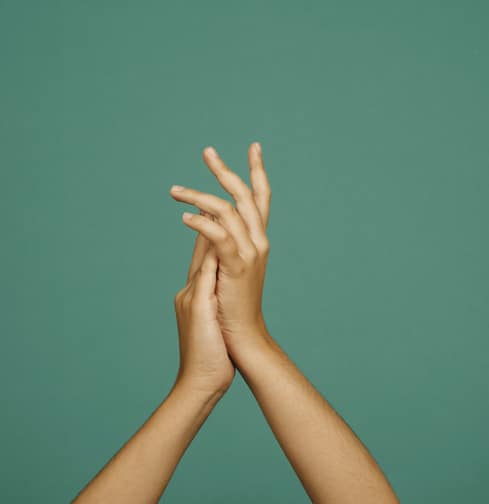 In this context, it’s a pleasant surprise to hear a word of sanity from the secular priestess of manners, Judith Martin.

In Miss Manners Rescues Civilization, she answers a question about applause in church with, “Having forgotten church manners, people are substituting those that would be proper for a performance…Hard as it may be to imagine, musicians in church are supposed to play or sing for the glory of God, not the pleasure of the congregation (which people interestingly slip and call ‘the audience’). That is why there should be no applause in church. Not even for small children, who particularly need to have the purpose of the performance explained to them.”

In response to the protest that the Bible authorizes clapping (as in Psalm 47:1), Miss Manners proves herself a better theologian than many evangelical worship leaders. “Where,” she asks, “is the Biblical reference by which God commands applause to honor musicians…?” Miss Manners hopes she is not pressing too fine a point when she distinguishes between the clapping of hands as an “expression of religious awe or joy and the clapping of hands to denote approval and appreciation for the achievements of our fellow mortals.”

The specific problem Miss Manners addresses is the tip of an iceberg of worship malpractice. Too many evangelical worshipers are like the man shopping for his wife’s Christmas present and choosing something which pleases himself. So we go to church expecting to be soothed, entertained and sent home feeling good.

It hardly occurs to us to ask, “What will please God?” The subjects, not the Object of worship, are the focus. The result is that we no longer know how to conduct ourselves in God’s house. We lack worship manners or even the sense that we need them.

If you invite me to your home, I’ll come with my manners, which are both attitude (I respect you) and actions (I’ll conform to the expectation of your household).

What actions does He approve in worship? Singing, praying, reading and preaching His Word, testifying to and confessing our faith, giving offerings, celebrating sacraments and making holy vows.

If you think worship manners are no big deal, you might check out the story of two Old Testament fellows who forgot their manners and lost their lives because, “Among those who approach me, I will show myself holy; in the sight of all the people I will be honored” (Leviticus 10:1–7).