Last time we made mention of the fact that our Reformed people should read what is best in Reformed literature. In that connection we mentioned Herman Bavinck, Abraham Kuyper, and B.B. Warfield. Warfield wrote in English. His published articles, some of which were gathered in book form, are little masterpieces. Though one need not agree with everything he wrote, it will have to be admitted by every fair-minded person that Warfield’s articles arc still so thoroughly satisfying, and his discussions so penetrating, that one who has failed to study them has missed a rare treat. If you have not read Christology and Criticism and The Inspiration and Authority of the Bible, we would advise you to do so at once. 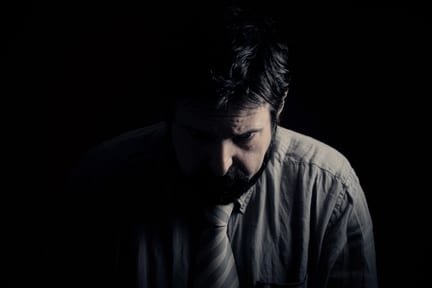 A few of Abraham Kuyper’s works have been translated so that these, too, are accessible to anyone who can read English.

Eerdman’s Publishing Company is now getting ready to issue the first volume of our translation of Dr. Bavinck’s Reformed Dogmatics. In this volume that great Dutch theologian discusses the biblical doctrine concerning God. We feel sure that those who have enjoyed reading Professor Louis Berkhof’s fine work on Systematic Theology will also wish to see what Bavinck has to say. Translating this part of Bavinck’s Dogmatics has been a real pleasure. In order to make it readily accessible to a wider circle we have rendered into English not only the Dutch but also the German, Latin, Greek and Hebrew sentences and paragraphs. To enable the reader more easily “to find his way” through Bavinck, summarizing headings have been supplied.

The following excerpt from this forthcoming publication shows how Dr. Bavinck doses his discussion with respect to the difficult subject of reprobation, that is. God’s decree with respect to the eternal destiny of the lost. Having just called the attention of the reader to ever so many passages from the Bible in which reprobation is clearly taught, the author continues:

“Such and similar strong expressions of Scripture are confirmed and corroborated by the facts of daily experience, by the history of mankind. Those who accept the decree of reprobation always appeal to the terrible facts of history—an abundance of material.

“Round about us we observe so many facts which seem to be unreasonable, so much undeserved suffering, so many unaccountable calamities, such an uneven and inexplicable distribution of destiny, and such an enormous contrast between the extremes of joy and sorrow that anyone reflecting on these things is forced to choose between viewing this universe as if it were governed by the blind will of an unbenign deity, as is done by pessimism, or, upon the basis of Scripture and by faith, to rest in the absolute and sovereign, yet—however incomprehensible—wise and holy will of him who will one day cause the full light of heaven to dawn upon these mysteries of life.

“Accordingly, the acceptance or the rejection of a decree of reprobation should not be ascribed to a smaller or greater measure of love and sympathy in a person. The difference between Augustine and Pelagius, Calvin and Castellio, Gomarus and Arminius does not consist in this: that the latter were possessed with a greater degree of kindness, tenderheartedness, and sympathy than the former; but the difference consists in this: that the former accepted Scripture in its entirety hence, also this doctrine; that they were and always wanted to be theists; that even in those shocking events of history they discerned the will and the purpose of God; and that they were not afraid to look grim reality in the face.

“Pelagianism strews flowers over a grave, changes death into an angel, looks upon sin as mere weakness, discusses the uses of adversity, and regards this world as the best world possible. Calvinism eschews all such flimsy ‘toying and trifling.’ It refuses to be hoodwinked, to worship a creature of its own imagination, and to labor under a delusion; it takes into account the full seriousness of life, stands up for the rights of the Lord of lords, and humbly kneels in adoration before the sovereign and incomprehensible will of God Omnipotent. And for that very reason it is really much more merciful than Pelagianism.

“How deeply Calvin felt the gravity and earnestness of what he was saying is apparent .from his ‘awful (or terrible) decree.’ With gross injustice this expression has been charged against him. It does not plead against Calvin, but pleads for him. The ‘decree’ regarded as Calvin’s teaching, is not ‘awful’; but awful, indeed, is the reality which is the manifestation of that divine decree; a reality which is revealed by Scripture and by history, remains unchanged whether one chooses to agree with Pelagius or with Augustine, and is not destroyed by any delusion.

“Now in the midst of this terrible reality Calvinism does not come forth with a solution, but it offers this comfort: that, in whatsoever happens, it recognizes the will and the governing hand of an omnipotent God. who is at the same time a merciful Father. Calvinism does not offer a solution, but it causes man to rest in him who dwelleth in light unapproachable, whose judgments are unsearchable and whose ways are past tracing out. That was Calvin’s comfort. ‘For the Lord will be my witness, to whom I surrender my conscience, that I daily consider his judgments so wonderful that no curiosity tempts me to know anything in addition to them, that no sinister suspicion of his incomparable justice creeps upon me, in fine that no desire to murmur rankles in my breast.’ And in that rest of soul he awaited the day in which he would see face to face and would receive the solution of these riddles.”