Members of the National Gambling Impact Study Commission heard some sharp criticism of state lotteries at a recent meeting in Boston, but several of those same critics stopped short of calling for an end to the state-sponsored practice.

“We need to understand that this is a national addiction with significant social consequences, because lotteries are about more than money,” said Massachusetts Attorney General Scott Harshbarger. “And for each wonderful story of a winner, there are thousands of untold stories about losers.” 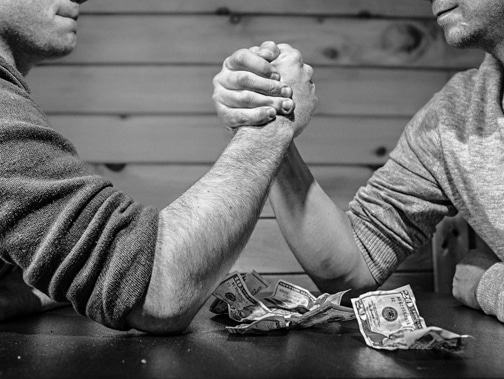 Goodman said states have increasingly shifted from regulating the gambling industry to promoting it, and have failed to recognize that lotteries are a form of taxation. Wit out this regulation, he said that state lottery agencies have been left to take on a life of their own without input from the legislature or the public.

Goodman said that by 1992, about 70 to 80 percent of lottery sales could be attributed to only 15 to 20 percent of lottery players He claimed that states aggressively advertise to draw in the less frequent participants—a practice that fuels such billboard ads as one in a poor Illinois neighborhood that read, “This could be your ticket out.”

Yet both Goodman and Michael Jones, former director of the Illinois lottery. advocated lottery regulation over elimination. “There is no conflict in having government regulate gaming,” Jones testified. He said states should advertise in order to maximize participation in lotteries.

Meanwhile. a recent survey of 1,100 homeless men and women distributed in Boston recently, showed that 18% cite gambling as a cause of their homelessness, The study, conducted by the International Union of Gospel Missions, also revealed that 70 percent of homeless people say gambling or playing the lottery is an obstacle to their putting their lives back together. The next commission meeting is scheduled for May 20–21 in Chicago to study internet gambling.