“Ye men of Galilee why stand ye gazing up into heaven? This same Jesus which is taken up from you into heaven shall so come in like manner as you have seen him go up into heaven.” Acts 1:11 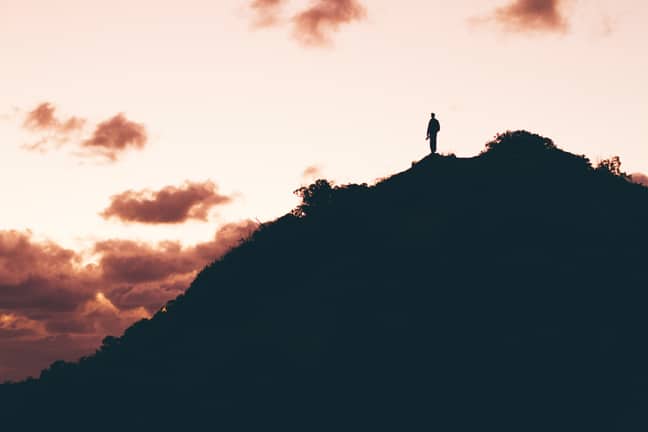 The angels came to lift up the spirits of the disciples, but at the same time to jolt them into action “Why stand ye here gazing up into heaven?” the angels asked, as if to say: “The master has given you your mission. The Lord has ascended, so it’s time to get busy before He comes again!”

So what did Jesus tell us about end time and His second coming? One of the first things we learn is that when Jesus comes again it will spell the end of time as we know it to be. The portals of eternity will be swung open. We are told that the end time will not come until the number of the elect is complete, a time that God will alone determine. Jesus said: “But of that day and hour knoweth no man, no, not the angels of heaven, but my Father only” (Matthew 24:36).

The apostle Peter tells us: “But the day of the Lord will come as a thief in the night; in which the heavens shall pass away with a great noise, and the elements shall melt with fervent heat, and the earth also and the works that are therein shall be burned up” (II Peter 3:10.

There are many who scoff at such predictions. However, if man can destroy a city with just one atom bomb, who would doubt that the almighty God who created the heavens and the earth by the spoken word, and man by the breath of His mouth, is not only able, but will most certainly do as He said.

There is an implied warning in II Peter 3: 10. If the Lord calls one out of this world prior to His return, then for him the hour would have arrived. One would immediately come face to face with eternity, an eternity that spells either heaven or Hades. There will be no second opportunity. Scripture admonishes us not to get so engrossed with the material cares of this world that we erode the spiritual values of life to our own detriment.

The Scriptures remind us of the brevity of life so that we might ever be prepared for that hour:

“As for man, his days are as the grass; as a flower of the field, so he flourisheth. For the wind passeth over it, and it is gone; and the place thereof shall know it no more” (Psalm 103:15,16).

Jesus emphasizes this truth as He warns us, “Therefore be ye also ready, for in such an hour as ye think not the Son of Man cometh” (Matthew 24:44).

When the believer is called home, that person yields his soul into the loving care of the almighty God in heaven. There he shall enjoy the blessedness of paradise, in the presence of the Savior (II Corinthians 5:8). For the unbeliever there is no heaven. The Bible refers to their eternal dwelling place as Sheol (O.T.) or Hades (N.T.). Thus the warning of Isaiah: “Seek ye the Lord while He may be found, call ye upon Him while He is near” (Isaiah 55:6).

Jesus compared His second coming with the time of the flood. All the while Noah was building the ark the people ignored the warnings to repent. They mocked Noah. “They were eating and drinking, marrying and giving in marriage, until the day that Noah entered into the ark, and knew not until the flood came and took them all away” (Matthew 24:38, 39). So it will be when Jesus comes again. People will be eating and drinking and making merry, refusing to repent and believe, caught in the element of surprise and forever too late.

Signs of the Times

The Scriptures do not inform us of the time of Christ’s second coming. It does, however, give us some signs that will precede His coming so that we might not be caught unaware. One of the first signs associated with the second coming is that the gospel will have been preached in every nation. This will be done “for a testimony” unto all nations (Matthew 24:14) In Mark 13:10 we read that the gospel must first be “published” in every nation.

There are some who interpret these texts to mean that the gospel must be preached to every individual in these nations. The text says the gospel shall be preached for “a testimony” against these nations. This does not imply that the gospel shall be known to all men individually, nor does it infer that Christianity will be the prevailing religion among all nations at the end time. With all the modern means of communications in our modern world: radio, television, the Internet, etc. which can reach around the world, one might come to the conclusion that this prediction is rapidly being fulfilled, if indeed it has not already reached this point.

In addition, we are told that there will be wars and rumors of wars. Since World War II this world has continually experienced wars and rumors of wars: Bosnia, India, Pakistan, Iraq, Israel, Korea, and Vietnam to name but a few. Somehow we fail to associate these things with what Scripture predicts concerning the end time. One has to wonder, when we see the multiplicity of these events, if we have not already entered the first phase of the end times.

Following these signs we are told will come the great tribulation and apostasy. There will be a great falling away from the truth. Iniquity will increase and the love of many will wax cold (Matthew 24:12; II Thesselonians 2:3; I Timothy 3:1). Many will depart the faith, giving heed to seducing spirits and doctrines of devils (I Timothy 4:1).

The apostle John writes in his vision: “And he causes all, both small and great, rich and poor, free and bond free, to receive a mark in their right hand, or in their foreheads: And that no man might buy or sell, save that hath the mark, or the name of the beast, or the number of his name” (Revelation 13:16, 17).

Those of the true church will be severely persecuted. There will be great tribulation according to Matthew 4:21; Mark 13:12; I Timothy 4:2; and I Timothy 3:1,2.

This is, in more ways then not, a description of many attitudes expressed in our day. Previously, many sinful things were done in secret, and, when they were exposed, society placed a mark of shame upon them. Today these same sins are practiced in the open without shame, and with the general approval of society, and under the protection of the law. Could it be that the shameful proclivity of these activities are a mark of the things predicted regarding the end time?

Following the time of the great tribulation, the antichrist will make his appearance on the world stage. Even “him” whose coming is after the working of Satan with all power, and signs, and lying wonders.

There is much speculation as to who or what this antichrist really is. Some think the antichrist will be an institutional power. Others think he will be born out of a succession of persons such as the papacy. However our reformed doctrine clearly states that he will be a person “That man of sin be revealed, the son of perdition” (II Thessalonians 2:3)

Satan will be seeking to imitate God. He will oppose and exalt himself above God. He will hate the worshipers of the true God. He will deceive many with lying wonders, and will rage against the church. He will bitterly persecute the faithful.

“Except those days should be shortened, there should no flesh be saved; but for the elect’s sake those days will be shortened” (Matthew 24:22). “And shall not God avenge His own elect, which cry day and night unto Him, though He bare long with them? I tell you He will avenge them speedily. Nevertheless when the Son of Man cometh shall He find faith on the earth?” (Luke 18:7,8).

Reflect for a moment on the terrorist situation of our day. One man, Bin Laden seems to have many terrorist cells trained and scattered into all parts of the world. As such he holds many countries in abject fear of where he will strike next. His only purpose is to kill people. His actions, much like the antichrist are born out of religious hatred for Christianity. Bad as this situation is, it will pale in comparison to that persecution and tribulation that the antichrist will bring to the world’s stage.

Then suddenly the Christ will appear on the clouds of heaven. “And I John saw the Holy city, the new Jerusalem, coming down from God out of Heaven” (Revelation 21:2).

It will be a glorious coming as He will be preceeded by the archangel. The angels of heaven will form a bodyguard, as it were, and following them will be the saints of God. At the great sound of the trumpet of God, a sound like as never been heard on earth before, the dead in Christ shall arise first, and all that are in the graves shall hear His voice (I Thesslonians 3).

“Ye are come unto mount Zion, and unto the city of the living God, the heavenly Jerusalem, and to an innumerable company of angels. To the general assembly and church of the first born, which are written in heaven, and to God the Judge of all, and to the spirits of just men made perfect, and to Jesus the mediator of the new covenant.” (Hebrews12:22)

Mr. Dow R. Haan Sr. is a member of the Covenant United Reformed Church in Kalamazoo, Michigan. He is a regular contributor to The Outlook.