Habakkuk is a minor prophet with whom we are not all that familiar. In fact, I dare say most readers would have difficulty finding the Book of Habakkuk in the Bible. Having trouble with Habakkuk, however, puts the reader in the same category with many great theologians and scholars.

The eighth of the minor prophets, Habakkuk is a very controversial person. When discussing the meaning of his name, some claim it comes from the Hebrew meaning “a strong embrace.” Others claim that “Habakkuk” is an Assyrian name meaning “basil,” the spice that many of us have in our kitchens but seldom use. This confusion is the result of the fact that theologians do not know whether Habakkuk was an Israelite, an Assyrian, or the child of a mixed marriage between the two.

In addition, many historians claim that Habakkuk was not the original prophet but an editor of the present book. Some believe he was a temple prophet, and others claim him to be a Levite in the temple choir. Outside of a brief reference in the Apocrypha, Habakkuk is completely unknown except for the oracles in his own book. That is the way it is with prophets. It is God’s story, not their own that they come to announce.

In the opening verses, Habakkuk lifts up a challenge to the sovereign God. Habakkuk is the first of the Old Testament prophets who dares to address the Deity with questions that rise from his logical thinking. Habakkuk saw moral decay all around him. He heard men say, “God does not care what you do or how you live.” The people set apart by God and given the Promised Land were doing whatever they wanted to do and there seemed to be no moral consequences at all.

In viewing the lack of punishment upon the immorality that he saw all around him, Habakkuk is moved to question the justice of God. He bluntly asks God, “How long are you going to allow this to continue? How long are you going to overlook evil?” This is a complaint that we often have, as well. As we prepare to enter the year 2007, we stand amazed at the supposed tolerance of our God. How can He permit such evil to dwell in the land?

When you think about it, that is pretty bold language—a creature challenging the Creator. Yet, it is a very real complaint for Habakkuk, and for us as we look back on 2006 and move ahead to 2007. It was no different in the days of Habakkuk. He saw that Israel had sinned and deserved punishment. 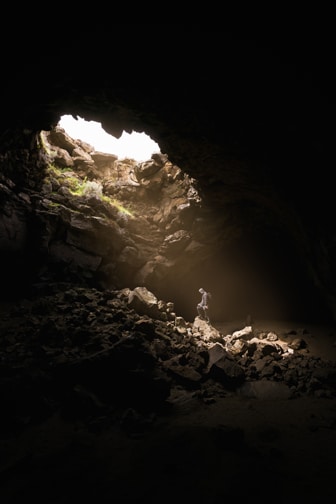 God responds to Habakkuk’s complaint and tells the prophet that He is raising up a nation that will be an instrument of punishment against all those who have disobeyed Him. At first, Habakkuk is content with the answer he has received. One can almost picture him sitting smugly on a rock overlooking Israel, just waiting for the Babylonians to come and destroy the Israelites.

But wait a minute! Did God say the Babylonians? Habakkuk could well understand the need to punish Israel for her evil, but why use a nation that is even more evil to carry out that judgment? And so, he complains to God again. How can a pure and holy God use such wicked people as His agents? How can God surrender not only Israel, but all the nations of the world, to the mercy of such a wicked nation?

Is this God’s government of the world? This is often the same question we ponder as we see false religions prosper and terrorist attacks increase. We wonder about God’s wisdom as He permits heathen nations to produce nuclear weapons, churches turned into mosques, and Christians around the world persecuted for their faith. Is this how God is judges the world? Is not such a judgment a triumph of violence and unbelief on a larger scale? For Habakkuk, the wrongdoings of the Babylonians far exceeded the evil that it was meant to punish.

For Habakkuk, the word “faith” meant much more than mere creedal opinion or traditions. It meant an active, personal belief in the promises of God. It was an active belief that God would take care of His people regardless of outward circumstances. John Calvin writes of the second chapter in Habakkuk, “These verses confirm the teaching that the just shall live by faith, because we could not live by faith unless we were firmly convinced that God cares for us and that the whole world is governed by His providence.”

Several of our readers will face 2007 alone after many years of marriage. Others will go through trials in this year that they had not faced before. We may not be able to explain why God brings certain things into our lives, but Habakkuk challenges us always to have faith that God is in His holy temple and He will always put things right for those who love Him.

Although other prophets believed God was good to His people, Habakkuk’s affirmation is different from those who came before him. Habakkuk has pondered the problem. His faith is no longer in God simply because his parents believed, or because that is what Israel believed. Instead, he has agonized over it and reaffirmed it for himself.

Habakkuk’s faith is a reasoned faith, not one casually accepted without question at the hands of tradition. Because of this, Habakkuk’s faith is much stronger and can stand the strains of the future. His challenge to us in 2007 is that we accept God’s divine providence no matter what circumstances the new year may bring.

Habakkuk challenges us to praise God in times of adversity because God rules over all things, making events work out for His final purposes and our spiritual welfare. God will punish evil doers—leave them to Him.

We do not need a faith based on custom or superstition. We do not need a faith dependent upon our parents, spouses, traditions or some institution. We need a saving faith. This is a faith that has within it a certain conviction as to the truth of the God of the Bible. It is a faith that acknowledges that God is in control of the world, the governments of the world, and all that is in the world–even our very lives.

We need an active faith, as was the faith of Habakkuk, that believes in the promises of God. He has led us through 2006; He will lead us through 2007. Such a faith has that glorious conviction that God fulfilled His promise in His only Son so that all who believe in Him will not perish but, cleansed by His blood, will have eternal life.