He didn’t care a thing about Christ. Oh, he went to a Congregational church every Sunday morning, but he didn’t hear of the Christ who died for sinners. Then, one day, after his pastor had moved to another church, he went to a church in a nearby city—also Congregational—and there, after many months of biblical preaching, became convicted of his sins and during an evangelist: campaign accepted Christ as his personal Savior. His whole life was changed. Christ had come into his heart and now dominated it. In his new church, where Fundamentalism was preached, he grew in grace and knowledge. By this time he entered college and started preparing for the ministry. He roomed with a good, solid, pious Fundamentalist who was studying engineering. Good times of Christian fellowship were enjoyed with him. 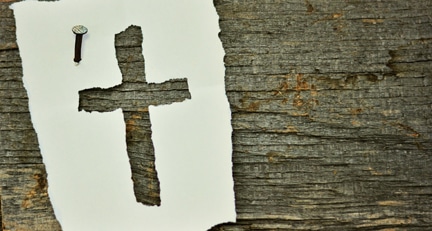 College and the military service came and went. It was time to decide where to go for theological training. Calvin Seminary was unknown to him. Princeton was well known because of its glorious past in upholding the historic orthodox faith. But he had heard that Modernism had crept into some of the departments and that some of the professors no longer believed in an infallible Bible. And that was one thing against which his Fundamentalist pastor had always warned—Modernism. Then there was Westminster Theological Seminary in Philadelphia. It was orthodox, all right, but so small and so young. Which should he take? A well-known, famous seminary with Modernism in it, or a small and unknown one, but unquestionably faithful to the gospel? His roommate at college, who also felt called to the ministry in spite of his engineering background, chose Princeton. But he?

What should he do? Finally, by the grace of God, Westminster won out. But that first day on the campus! Alone. A small class. In the lonely suburbs of Philadelphia. A struggling, small, little-known seminary. Glorious Princeton was behind his back. Suppose he had made a mistake! He prayed for comfort and wisdom.

Classes soon began. Tears almost came when, after sixteen years of study, during which no class had ever been opened with prayer, his professor humbly asked for God’s grace in his first class. He learned much about the Bible, studied Greek and Hebrew. He marveled at the scholarship and yet the devotion to the Bible. A book published by the professors, The Infallible Word, seemed to be a symbol of the teaching of Westminster Seminary. His professor in practical theology expressed the spirit by instructing the students to uphold in their preaching the one principle of Scriptum sola, scriptum tota (“Only the Scriptures and all the Scriptures”).

One thing bothered him, however: Calvinism—the sovereignty of God, predestination, the covenant. He resisted it. His pastor had not taught that. But gradually, because of the insistence of the professors that the Bible should be the final authority in deciding whether our beliefs are true or not, and because they went back again and again to the Scriptures, he was finally convinced of the glorious truth of salvation by grace all the way, and he came to love the fact of sovereign grace. How thankful he was that God had graciously led him to this school where he could learn in a devoted and scholarly way the glorious truths of the Reformed faith. How that seminary moulded and shaped the rest of his life!

One Christmas vacation he stopped off at Princeton to see his old engineering roommate, who was now studying theology there. That night he slept little, for his formerly pious, Fundamentalist friend, un~ der the influence of his Modernist professors, had now rejected the inspiration of the Scriptures. In college this roommate was the one who had always excelled him in devotion, witnessing, and prayer. Now he had overthrown the faith of his fathers.

This Westminster graduate was introduced to the Christian Reformed Church by his professors, several of whom were once members of that church, and by some fellow students—graduates of Calvin who desired advanced work in theology. Today, having turned from Liberalism to Fundamentalism, and then having been solidly grounded in the Reformed faith at Westminster, he is now a pastor in the Christian Reformed Church, which he loves.

Now this is a true story, which in many aspects is a typical one repeated time and again at Westminster. Students from many and varied theological backgrounds enter the Seminary, and the vast majority depart convinced of and grounded in orthodox Christianity and Calvinism. Westminster is thus making a tremendous impact on the American religious scene by reaching out to students from all different denominations, most of whom would never be reached by Calvin Seminary for the simple reason that they have never heard of Calvin. Last year, for example, eighty-four graduates from forty-six colleges and eight countries received Calvinistic instruction at Westminster Theological Seminary. Therefore, may each one who loves the Reformed faith learn much about this school, pray for it, and support it as much as is possible. And may Westminster go on in this magnificent fashion as in the past, defending the faith of our fathers!