Jessie had already celebrated her ninetieth birthday when I first met her. She had raised a large family and now had many grandchildren as well as a growing number of great-grandchildren. She prayed for each one by name daily. Jessie was a resident of a retirement home. Her small room was modestly furnished. She did not need much. She had learned to be content with what she had. I remember well that one year she received a beautiful, handcrafted shawl as a gift. Although the gift was given as an expression of love, it presented a dilemma.

Jessica already had a shawl. She wondered what to do with the new one. My wife and I suggested that she place the new one in her dresser and wear it on special occasions. She, however, could not justify having two shawls, so the new one had to be given to the Christian School Society Sale. Jessie was an ardent supporter of Christian education.

There is one conversation with Jessie that stands out particularly well in my memories of her. I had gone to visit Jessie early one afternoon. My wife usually accompanied me, but this time I had gone alone. It was during the Lenten Season. As our visit was drawing to a close, I took out my Bible for devotions. Since we had been discussing the meaning of the season, I chose to read a passage dealing with the suffering and death of Christ. At the conclusion of the reading, Jessie expressed her wonder at the suffering endured by Christ for our salvation.

I responded by saying, “Just think. We will have all eternity to thank Him for what He has done for us.”

Jessie, without hesitation, was quick to reply, “But dominee, we can’t wait for eternity to thank Him for what He has done for us.” And, of course, she was right.

The apostle Paul taught us the same thing so forcefully when he wrote under the inspiration of the Holy Spirit to Christians at Rome, “I beseech you therefore, brethren, by the mercies of God, that you present your bodies a living sacrifice, holy, and acceptable to God, which is your reasonable service” (Romans 12:1). May our lives, indeed, be lived as expressions of gratitude for the great salvation wrought for us by Christ—the great price of which we remember in a special way during this season of the year. 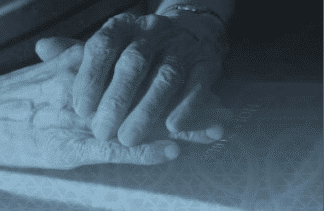 Rev. Besteman is an emeritus pastor in the URCNA. He is a member of the Bethany United Reformed Church in Wyoming, Michigan.