The church militant lost one of her generals last month. He was promoted to glory where he now stands before the King of kings. Dr. P.Y. De Jong was a giant in the faith. His accomplishments were numerous. In his illustrious career, the Lord used him to serve as pastor to several churches, as missionary to India, and as professor at two seminaries. He authored and edited several books. His writings for periodicals, including The Outlook, were numerous. He was a brilliant man whom the Lord used to accomplish many brilliant things. But there was something else about Dr. De Jong that made him a giant, and that was the kindness that filled his heart.

I first heard Dr. De Jong preach when he was serving First Christian Reformed Church in Sioux Center, Iowa. A craftsman of the English language, he presented the Gospel of Jesus Christ in ways that left his listeners in awe of the salvation God provided for all who come to Him through Christ. Those who hungered for manna from heaven were truly fed. 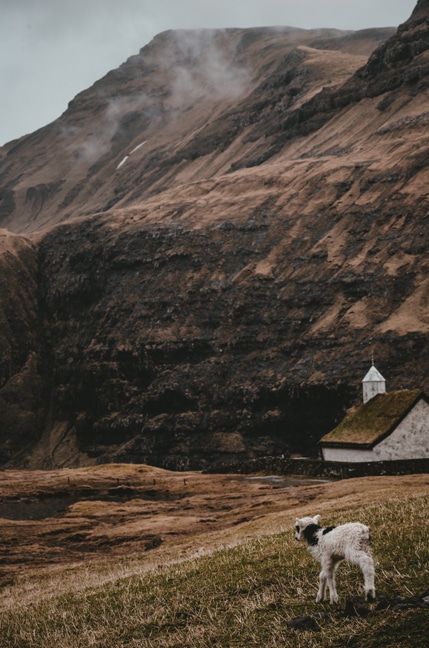 Over fifteen years later, Dr. De Jong gave the Charge to the Congregation at the ordination of a young minister who was scared to death of this calling that the Lord had placed upon him. When then Classis Orange City proposed a mentor for me, as was the custom in the CRC, I asked if I could have Dr. De Jong as a mentor instead of the minister they had suggested.

The reply was, “All you will get from P. Y. De Jong is a bunch of stories.” In a moment of boldness I retorted, “But I will learn more from his stories than any lectures or visits this other minister will ever give me.”

What a blessing Dr. De Jong was as a mentor! Both he and his wife, Joanne, would drop by the parsonage frequently, and yes, he would tell stories. But those stories always had a message. They were always profitable to something that I was dealing with in the church at that time. He would call and invite Kathy and I over, as well. We would sit among the souvenirs of India, drinking tea and talking about different aspects of ministry. “Wybren,” he would say, always rolling the ‘r’, “you have to remember that times are different today than they were years ago, but the heartaches are still the same.”

I remember one Sunday evening, just two weeks in the ministry, this young, unsure of himself, preacher looked out at his congregation and saw the bushy eyebrows of the twentieth century Prince of the Pulpit in the pews. I was a nervous wreck throughout the service! Afterwards I expected this great theologian to tell me the things I had done wrong and how the text could have been applied better, etc. Instead, as I approached the group of people surrounding him, I heard him say, “Wasn’t that a wonderful message your minister brought this evening.” It absolutely floored me to hear him talk about the blessing he had received from a worship service I had led. But he was always that way. Invaluable words of advice and encouragement were given as my wife and I began our joy-filled journey into ministry, and then again into parenthood as Dr. De Jong baptized our first born son in Ireton, Iowa.

Years later, when we moved Michigan our contacts were fewer — a note that they were going to be going to Texas for the winter, a Christmas card each year, telephone calls to show his interest in our lives, a special trip up from Illinois to install me as pastor of the Faith URC in Borculo, MI, and a letter congratulating me on becoming the editor of The Outlook. In every one, always words of encouragement were added. Once in a while Dr. De Jong would drive up from Illinois “just to see how things were going in the Oord family.” By then he was in his late seventies, early eighties. We always had a pleasant visit, but Kathy and I would worry a bit to watch him pull out of our driveway and to think of him driving back to Beecher.

As I write these memories of Dr. P. Y. De Jong, I know there are many other once-young ministers who are nodding their heads and recalling similar encounters with this great man of faith. It wasn’t just me. No. This pastor’s pastor called on many others, offering them words of encouragement, counseling them through difficult times, making them feel special and needed in the work of the kingdom. Rev. Harold Miller of the Wellsburg URC in Iowa summed it up so beautifully in a note sent to the URC-list. He wrote: “Dr. P. Y. De Jong, master of several languages, past Emeritus professor of at least two major institutions; prolific and readable author; former Pastor to many hundreds of congregants; influential counselor to a multitude of pastors; Father, Grand and great Grand father; brother in the Lord to -only the Lord knows how many thankful Christian men and women world-wide used to call me often to ask about the welfare of a tiny congregation in North Central Iowa that doesn’t even come up as a blip on the radar. That is the heart of a true under shepherd of Jesus Christ.”

Throughout his sixty-five years of ministry, Dr. P. Y. De Jong was faithful in taking heed to the flock, especially to young shepherds about to lead their own flocks. I am thankful for the many things this prolific professor wrote because now, upon reading them, I will be reminded again of the precious visits and needed encouragement he provided.