They looked like they were already in their seventies when I met them. The first time I visited them on the farm I was amazed by the old machinery they had. Not antique, but, like their owner, old and worn from use. But it worked. Year after year Alfred and Alice farmed the little plot of land they owned with that old machinery, never asking for help from anyone. Unlike the other farms that surrounded them, theirs never yielded a great crop. 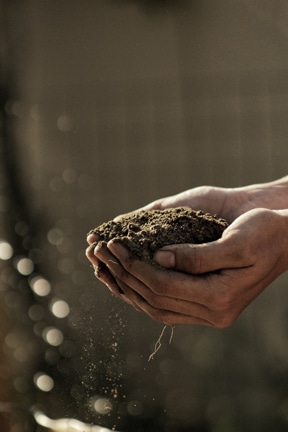 Some people would consider Alfred and Alice to be dirt farmers because of the small yield that they received from their crops. They would just plod along, season after season, working the fields with their old machinery. And so, although they were happy and content with their lives, Alfred and Alice were poor. So poor, some people said they didn’t have two pennies to rub together.

It didn’t take long for me to find out why. Whenever Alfred and Alice did have two pennies to rub together they would give one of them to the church. Not only in monetary form, but also by their impact upon the church and the community. Every Sunday they would drive their old station wagon to church, and after every worship service they would be sure to welcome any visitors that were in church. It was a touching sight to always see this frail, seventy-some year old farmer and his wife talking one Sunday with a college student, the next Sunday with a seven year old child.

Not only were Alfred and Alice faithful in their church attendance, they attended every meeting, every society, and every Bible Study that the church offered. If anyone was in the hospital, Alfred would visit them while Alice would bring a meal to the family. If it was your birthday or anniversary, Alice would call and congratulate you. If there was anything to be done, they would be there to help. The time came when Alfred and Alice decided to retire. They wanted to sell the machinery and move into town. When the auction flyer came out, most of the people thought it was kind of amusing. Most of the machinery would probably wind up going straight to the junk yard. And most of it did. It was basically sold as scrap metal. Alfred and Alice hardly made enough to buy a cheap, run-down house in town.

But then something happened. People began remembering all the things that Alfred and Alice had done for them. Before the elderly couple moved into town, a group of people met at their new home and began painting, re-shingling, and basically fixing up the place. By moving day, the house looked beautiful.

While they were on the farm I was among the many who often thought, if Alfred and Alice would have spent as much time on the farm as they did running ‘errands’, they could have been more successful. They would have been able to afford a house in town that didn’t need so much work.

After they moved to town, I realized all the lives they had touched with their phone calls, their rhubarb desserts, and their many visits. I discovered there were more ways than one to count success. Success was found in the joy it brought to friends and neighbors to be able to be a “big” help to this couple that had done so many “little” things for them.

Success is being content in the Lord. Alfred and Alice were always satisfied with what the Lord gave them. Anytime the Lord gave them anything extra, they always gave it back to Him. In that, they were truly blessed by the Lord who faithfully provided them with all they needed. And through them, we were blessed.

Alfred and Alice lived in that house for many years. The yard was never neat nor trim, but the garden never had a weed in it. And you could always count on a bag of vegetables when they came in season.

Rev. Wybren Oord is the pastor of the Covenant United Reformed Church in Kalamazoo, Michigan.