I first met Larry when he was 19 years old. My family and I had moved to a West Michigan Community where I had accepted the call to serve a well established congregation. It was the spring of the year. I was invited to teach the Bible lesson for the Men’s Society which was still meeting. Following the first meeting which I led, one of the older men in the Bible Study approached me. He asked me if I knew the young man who had participated actively in the Bible discussion. When I replied that I did not, he said, “That’s Larry, he has terminal cancer.” Soon after that I invited Larry to visit me in the study. 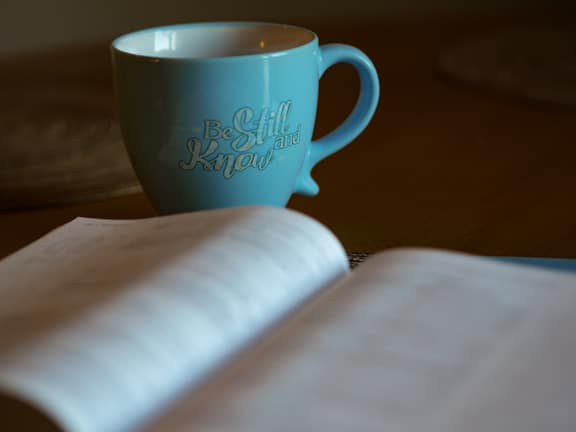 I learned that Larry had been a college freshman when he found out about his terminal illness. I also found out that Larry had a steady girlfriend and that he was an outdoorsman. After some further conversation I asked him, “What’s it like to be nineteen and to know that you are dying?”

I remember his answer as though it was just yesterday that it was given. He said, “All the things that mean the most to me, my family, my girl friend, my canoe, my fishing are just a handful in comparison to what is waiting for me in heaven.”

Larry was interested in the life of the church. During the summer months he and I spent an afternoon attending the annual synod of the denomination of which our church was a part. Then the times of hospitalization became more frequent. We talked about many things as I visited him. We talked about the Bible, about the Heidelberg Catechism, especially the first question and answer. We planned his funeral. He wanted me to use the words of II Corinthians 5:1–10. He had also selected the songs to be sung.

On the last day of his life I visited him at the hospital late in the morning. He was experiencing some added physical discomfort. A Christian nurse had directed his attention to Romans 8:18 so I read those words and the verses surrounding them to him. We talked about them briefly. A few hours later he personally experienced the realities of that glory with which the sufferings of this present life cannot be compared.

I remember that the older members of the church used to speak of “dying grace”. As I reflect upon Larry’s testimony in the face of death I am reminded of the reality of that grace given to the children of God, young as well as older so that they may not only live but also die in the assurance that “with body and soul they are not their own but belong to their faithful savior the Lord Jesus Christ.”

Rev. Art Besteman is an emeritus minister in the United Reformed Church. He is a member of the Bethany URC in Wyoming, Michigan.