Wives who hold to the traditional Biblical role of a wife and mother are under attack today. In Focus On The Family, Dr. James Dobson said:

Everything they have been taught from earliest childhood is being subjected to ridicule and scorn. Hardly a day passes when the traditional values of the Judeo-Christian heritage are not blatantly mocked and undermined. The notion that motherhood is a worthwhile investment of a woman’s time suffers unrelenting bombardment. The concept that a man and woman should become one flesh, finding identity in each other, rather than as separate and competing individuals, is said to be intolerably insulting to women. The description of the ideal wife and mother as ordered in Proverbs 31:10–31 is now unthinkable for the modern woman. The role of the female as helper, bread-baker, wound-patcher, love-giver, home-builder and child-bearer is nothing short of disgusting. All of these deeply ingrained values which many of today’s homemakers are trying desperately to sustain, are continually exposed to the wrath of hell itself. The western media, radio, television and the press are working relentlessly to shred the last vestiges of Christian tradition.

Sad to say, the attack is also coming from within the Christian community. The feminists and pro-feminists are very aggressive, bold and relentless in their attack. This is creating confusion, discontent, disharmony and rebellion in many homes. Many women (and men) are being persuaded to go contrary to God’s design for Christian wives. Young couples enter marriage with a non· Biblical perspective and, before long, often experience the bitter consequences. God is dishonored.

It is therefore, very important for us to consider God’s design for wives as revealed to us in His word. 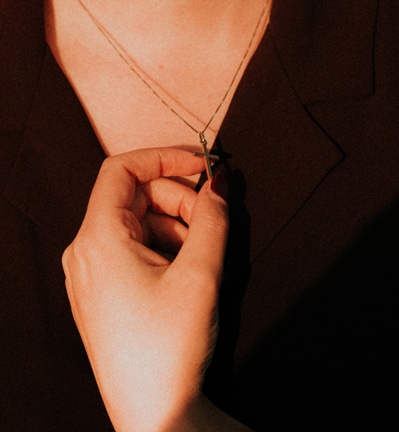 A COMPANION AND HELPER FOR HER HUSBAND

It is the Christian wife’s high calling and privilege to be a devoted companion to her husband. When God instituted marriage He said, “It is not good for man to be alone.” Man, as God’s image bearer, was perfect. just as God intended him to be. “God saw all that he had made and it was very good” (Gen.1:31 ). Yet there was something more that could be added. Man needed companionship.

Therefore, God made from the rib of man another image bearer, one with whom he could communicate and fellowship. He joined them together so that they could share totally all of life on the deepest levels, in a most intimate relationship. So, the Christian wife should understand that her calling is to be a genuine, loving, devoted companion to her husband. On the one hand she should do nothing that will hinder true companionship. On the other hand she should do all she ca n to promote intimate companionship. This is at the very heart of every good marriage, one that is according to God’s design.

God clearly intends for the wife to also be a loving, devoted helper to her husband. She is to be at his side to assist him in his God-given task as the head of the home. In I Timothy 3:4 Paul refers to the husband as the manager of the home. He says, “He must manage his own family well and see that his children obey him with proper respect.” As we compare this with Genesis 2:18, we see that the wife is the assistant manager. That’s the important role God gives her. It belongs to the very essence of marriage.

This is not a lowly, meaningless, demeaning position as some would have us believe. It is a high and noble calling. Any woman who serves the Lord faithfully in this calling is to be regarded as a wife of noble character (Prov. 31:10).

The Lord made woman with distinctive traits, to be a perfect complement to man, “suitable to him.” As God’s image bearer she is in some ways similar, but not a carbon copy, Dr. Wayne Mack puts it nicely: “She is to man what a key is to a lock and what a film is to a camera—indispensable”(Strengthening Your Marriage, p.16).

God’s design is for the wife to be the homemaker. Paul also teaches this as he writes to his minister friend, Titus. He tells him to instruct the older women so that “they can train the younger women to love their husbands and children, to be self-controlled and pure, to be busy at home, to be kind and to be subject to their husbands, so that no one will malign the word of God” (Titus 2:4, 5).

The Christian wife’s privilege is to use her gifts, talents, insights and wisdom in her devotion to making the home a delightful, peaceful and comfortable place in which the family jives. On the one hand she should not, through sinful neglect, allow the home to become a disorganized shamble. On the other hand she must not, out of pride, seek to make it into a show place for people to admire, in which the family hardly dares to make a move.

The Lord gives us His own description of a wife of noble character in Proverbs 31:10–31. If God has called you to serve Him as a wife and mother, you will benefit by reading and rereading this detailed description. Let me draw your attention to several godly characteristics she possesses. She is not self-centered: she is self-giving. She does her husband “good, not harm all the days of her life.” She industriously goes about her homemaking tasks. She “provides well for her household.” Her husband, who is said to have full confidence in her, apparently encourages her to develop and use her many gifts. So she does some real estate business and makes clothes to bring in some extra money.

The wife of noble character is careful to give highest priority to her homemaking tasks, for “she watches over the affairs of her household and does not eat the bread of idleness.” As a faithful mother she “speaks with wisdom and faithful instruction is on her tongue.” This godly woman counts it a privilege to seek to mold the hearts and lives of her children for the Lord. She also reaches out in love and gives to needy people.

What a godly role model she is for her children! She is a blessing to them, not only by what she says, but by her manner of life. She keeps her priorities straight! No wonder the Lord says, “She is worth far more than rubies” (vs. 1). Women who merely gather up great riches (or more and more worldly possessions) and become a great success in the eyes of the world, make a name for themselves but cannot begin to compare to her! They can’t stand in her shadow! Such a God-fearing, devoted wife and mother receives divine approval. That is what really counts!

“Her children arise and call her blessed; her husband also, and he praises her. Many women do noble things, but you surpass them all” (vs. 28).

Many feminists and pro-feminists, also within the Christian community, are bringing very different messages, contrary to the Word of God. They are saying that if you pour your energies into being a housewife you are a second rate citizen, even a slave. Being a homemaker is a demeaning task. You have the right to go out into the business world, become a career person and make a name for yourself. Build up your self-image. This will give you the satisfaction and fulfillment you deserve and give you equality with men. Exercise your freedom and do your own thing!

By such talk they are doing a lot of harm. They are persuading many women to have an unbiblical view o f what it means to be a faithful wife and mother. This creates dissatisfaction and even a rebellious spirit. Sad to say, some wives begin to feel they are a lesser person, or even guilty if they are “only a housewife.” In my counseling ministry I have had more than one say to me something like this, “I’m only a housewife,” or “I even feel guilty because I’m not going out to work…as so many other women do today.” Tragically, many wives and mothers are giving in to the pressures of feminists. They are going out to work when they ought to be at home caring for their families.

The sad results of this have become painfully obvious. Often, when both husband and wife work out of the home, many connicts arise. Each accuses the other of not carrying out his or her share of the load. There are many arguments about who should do what in the home. Young children are often left unsupervised and made to shift for themselves before and after school.

Children are the victims as they live in a home filled with strife. I’ve seen it more than once that either father or mother take their small children, often babies, out to a babysitter in the early morning hours (sometimes before 6:00a.m.) so both can go out to work!

Take careful notice of the message of feminists and you will see the primary motivation is love for self, self-centeredness. Love yourself more! Even first! You do what you want, seek your own goals, think of your own rights! Get recognition and status in the world! Build up your self-image!

This is totally contrary to God’s Word. The primary goal of the Christian husband and wife must always be to serve our Lord the best they can in the calling He has given to them. “So whether you eat or drink or whatever you do, do it all for the glory of God” (I Cor. 10:31). “And whatever you do, whether in word or deed, do it all in the name of the Lord jesus, giving thanks to God the Father through him” (Col. 3:17). Do not, then, allow feminists, social scientists, worldly philosophers or any pressure group to persuade you to put your self-interest first! In view of God’s mercy, “Do not conform any longer to the pattern of this world, but be transformed by the renewing of your mind. Then you wilt be able to test and approve what God’s will is—His good, pleasing and perfect will” (Rom. 12:2).

With full devotion and joyful commitment do your best to fulfill your primary calling as God’s servant and seek to be the best homemaker your husband could find. God will bless you in and through it.

Rev. Kruis is the director of the Biblical Counseling Center in Jenison, MI.