Many of the words we commonly use today do not carry the same meaning as the Bible intended for them. The word “hospitality” is a good example. A simple Google search, for example, produces page after page of information on the Hospitality industry (hotels, res­taurants etc.), but nothing resem­bling biblical hospitality. In modern vernacular, there is a vestige of the biblical concept of hospitality, but it is warped and deficient in the fact that it is selfishly and economically focused.

Christians sometimes talk of hospi­tality committees in a church (e.g. door greeters). When we leave our friends’ or parents’ house we might say, “thanks for your hospitality.” This is not a wrong use of the word but it only gives a partial view of the Bible’s teaching on the subject. Donald Guthrie, in commenting on Hebrews 13:2, writes: “It is clear that something more than the mere entertaining of friends and acquain­tances is [here] in mind.”

The fact that we have lost much of the meaning of hospitality in our day, does nothing to diminish its impor­tance in Scripture. One recent au­thor calls this to our attention say­ing, “…hospitality is God’s com­mandment in the Old Testament…is called a “good work” in the New…and stood first in Christian social service in the early church.”

Our English word “hospitality” comes from the Latin, “hospitalis,” which means “guest or stranger.” Hospitality, as it appears in our language, is a cordial or generous treatment of a guest. The word “hospitality” is found only four times in the Bible.  The basic bibli­cal definition of hospitality is love for strangers. Thus at the outset, we see that the Bible expands (in scope) and intensifies (in its ethic) the perspective of hospitality com­monly held today. 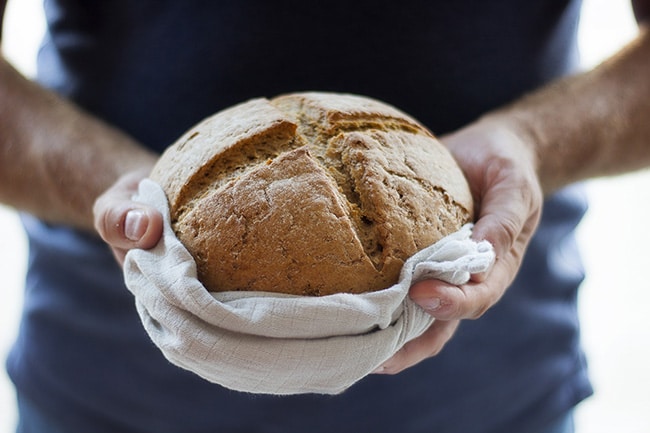 Who was a “stranger” in the Old Testament and how does God view him in His revelation? Of the sev­eral Hebrew words translated “stranger,” the general meaning is consistent. They generally refer to those people not of Israelite de­scent dwelling with the Hebrews. They were to be distinguished from a foreigner temporarily visiting the land.

Strangers were among a distinct group of people upon whom God had special compassion, and the people of God we given a special responsibility for their care.  While the stranger was not a full citizen, he had recognized rights as well as duties. He was under the protection of God, and the Israelites were charged to treat him kindly. His rights were guarded by injunctions in the law. When poor, he enjoyed the same privileges as the Hebrew poor.

In Psalm 39:12 David beseeches God to have mercy on him on the basis that he identifies himself as a stranger, with the understanding that God was even more propitious toward strangers. David could base his reasoning on texts such as Deuteronomy 10:18 in which Moses says, “[God] doth execute the judgment of the fatherless and widow, and loveth the stranger, in giving him food and raiment.” If this is how God treats strangers, it is not surprising that His people are commanded to do the same.

The verse continues, “Love ye therefore the stranger.” God says to His covenant people, and therefore also to us, “I love the stranger in your midst. I provide justice and amenities for them; therefore you, My people must do the same because you are to be a reflection of My character.” While the world may have its own reasons for showing so-called hospitality, the Christian’s reasons are undoubtedly different.  The Christian’s reason for thinking or doing anything is bound up in the character of God; God is the be­ginning and the end of Christian thought and practice. In other words, our reason for demon­strating hospitality is not to pro­mote a name for ourselves or to make people like us, rather it is linked to God and specifically to His love for strangers.

When God commanded the Israelites to love the stranger, He did not do so abstractly. Rather there are numerous particular provisions regarding their treatment in the Law, including but not limited to the following: Strangers were to be brought into the covenant (Genesis 17:12). They were beneficiaries of and responsible to the law of God (Lev. 17:15; 18:26 etc.) They were even welcomed to the covenant meal of the LORD, the Passover, provided they had properly become members of the covenant through circumcision (Exodus 12:48). The LORD provided a Sabbath for the stranger (Exodus 20:10; 23:12). Strangers were to be provided for by God’s people (Lev. 19:10).

We see a similar, if not intensified concern for strangers in the prophets. The prophetical word regarding strangers often took one of two forms. They promised blessings if the people would demonstrate the veracity of their love to God by loving the strangers in their midst.  They also promised curses against the mistreatment of strangers. Failure to observe the Lord’s will regarding the stranger would result, among other things, in desolation of the Lord’s house (Jeremiah 22:3-5). Sadly, here we the people had strayed from God’s law. In Ezekiel 22:7, op­pression of the stranger is among the first in a list of accusations which God levels against Jerusa­lem for which He will scatter her among the nations of the foreign­ers who would rule over them. The people indeed refused to lis­ten and obey.  As a result God “scattered them with a whirlwind among all the nations whom they had knew not” (Zech 7:10) In sad irony, the “stranger oppressors” became oppressed as strangers in a foreign land. The fact that the same message is preached after the exile (Mal. 3:5) is evidence that the problem persisted even then.

In the New Testament we see even more clearly that God is no respecter of persons (Acts 10:34). No excuse exists for mis­treating the foreigner.

In the Gospels we see Jesus teaching the law of hospitality in both word and deed. It seems fair to say that hospitality has a place of prominence at the heart of the mission of Jesus. When Jesus taught that love is the fulfillment of the law, He requires it not only towards friends, but also toward enemies and strangers. When Jesus explained the scope of the word “neighbor,” He intentionally used a stranger, a Samaritan, to prove His point (Luke 10:30ff). This teaching was not new with Jesus; rather it had Old Testament foundations (Leviticus 19: 18, 33, 34). Calvin shows the connection between the teaching of the Old and New. God’s people “are com­manded to love strangers and for­eigners as themselves. Hence it appears that the name of neigh­bor is not confined to our kindred, or such other persons with whom we are nearly connected, but ex­tends to the whole human race; as Christ shows in the person of the Samaritan, who had compassion on an unknown man, and per­formed towards him the duties of humanity neglected by a Jew, and even a Levite.”

Not only did Jesus teach the re­quirement of loving strangers, He also exalted the stranger in His parables and healings. He used hospitality as an occasion to teach. He promised His disciples that He was going away to pre­pare a place for them. The one who in this life had no place of His own to lay His head will one day and forever after, be the great host. Yet remarkably, on this earth, the “head of all things” made Himself subject to hospital­ity. One application appropriate here is that we ought to give oth­ers the opportunity to be hospi­table to us not only for our sakes but also for theirs. Unfortunately, too many of us are hesitant to put ourselves in the mercy of others but would rather care for our­selves.

In Acts, we see hospitality as the general rule among Christians. At the early stage of the church, be­lievers shared things in common. There was great practical need for this hospitality. When believers were a body of aliens, dispersed through the world, and when, as they went from one place to an­other, they could find homes only amongst their own brethren.

Acts 2 is an example of how the believers shared with those who were in need. On his travels we observe constant hospitality ex­tended to Paul, particularly by the Philippian church.  This virtue is extolled in his epistles (Philippians 4:10-16). An example here is the generosity of Lydia following her conversion (Acts 16:15). In the Epistles as well, we see much evidence of hospitality being prac­ticed. In Romans 16:23, Gaius is referred to as Paul’s host.

In the argument of the apostles for Christian hospitality we see a prominent connection to the Old Testament. God’s concern for non-Jewish strangers in the Old Testament and even in the gospels is given enriched and expanded meaning in the New Testament and is brought out particularly in Paul’s epistles. With the Old Tes­tament background fresh in our minds, we will understand that hospitality is to be a mark of God’s people and particularly of the shepherds of God’s people because it is a mark of God. But there is a deeper connection.

Paul takes full advantage of the fact that his audience is com­prised, to a great extent, of “strangers” and “aliens.” Thus we see that God’s love for strangers in the Old Testament foreshadowed on a small-scale the large-scale influx of strangers into the covenant in the New Tes­tament. From very early on, con­tinuing to this day, the church is made up predominantly of former strangers.

The force in Ephesians 2:12 is both literal and spiritual. In times past, says Paul, “ye were without Christ, being aliens from the com­monwealth of Israel, and strang­ers from the covenants of prom­ise, having no hope, and without God in the world.” The strangers­-they were us.  We were the strangers and aliens. But now, says Paul “in Christ Jesus ye who sometimes were afar off are made nigh by the blood of Christ. Now therefore ye are no more strangers and foreigners, but fel­low citizens with the saints, and of the household of God. (vs. 19). Now we see why Paul and Peter can use the injunction to hospital­ity with such force. Because we were formerly strangers. As the Israelites of old, we “know the heart of a stranger.”  Christian hospitality or love of strangers mirrors and reciprocates God’s love toward us while we were strangers.

At the consummation of history, we see the most perfect picture of hospitality—God’s hospitality, perfectly and permanently admin­istered. At this time God will take into His house, into Himself, for­ever, those who were strangers and aliens on earth. Those least of Christ’s brothers who hungered and thirsted on earth; they who were subject to torture, cruel mocking, scourging, imprison­ment, and stoning; they who were sawn asunder, were tempted, were slain with the sword; they who wandered about in sheep­skins and goatskins; being desti­tute, afflicted, tormented…they who wandered in deserts, and in mountains and in dens and caves of the earth (Hebrews 11). Never again will they hunger or thirst.

In the seventh chapter of John’s Revelation, one of the elders asked him, “who are these in white robes, and where did they come from?” John answered, “Sir, you know.” The elder re­sponded, “These are they who have come out of the great tribu­lation” where, they were strang­ers in the world and hated. “They have washed their robes and made them white in the blood of the lamb. Therefore, “they are before the throne of God and serve him day and night in his temple; and he who sits on the throne will spread his tent over them. Never again will they hun­ger; never again will they thirst…” (Revelation. 7:13ff). In heaven God will be the host and the house.

Mr. Bill Boekestein is a graduate of the Puritan Re­formed Seminary in Grand Rapids, Michigan. He is a candidate for the Ministry in the United Reformed Churches in North America.