Note: This is the second in a series of articles of common contemporary viewpoints which are contrary to orthodox Christianity.

The Sole Benevolence of God

A common idea of God regards God as being only love; that is, it regards “love” and “God” as virtually equivalent and interchangeable terms. This view of God, which is properly called a sentimental idea of God, holds that God always regards all his creatures with benevolence only, and denies that there is any such thing as wrath in God. Closely allied to this sentimental idea of the sole benevolence of God is the popular notion of the universal Fatherhood of God, that is, the doctrine that God is the Father of all men without distinction, and its corollary of the universal brotherhood of man, that is, the teaching that all human beings are brothers in the family of God.

The notion that God is nothing but love, and the ideas associated with it that there is no such thing as the wrath of God, that God is the Father of all men and that mankind are brothers in God’s family—these ideas are very popular today. This popularity is not hard to understand. Unconverted people welcome these doctrines because they soothe their conscience and quiet their fears. If God is only love and has no wrath, then of course God will not really punish sin. The heresy that the world loves best of all is the heresy which says that there is no hell. The world wants to believe that aIl human beings will go to heaven. Above all things the world hales the Bible doctrine of eternal punishment in hell. To get rid of hell is what the unsaved world desires, hut it cannot get rid of hell without first abolishing the wrath of God and holding that God is nothing but love. 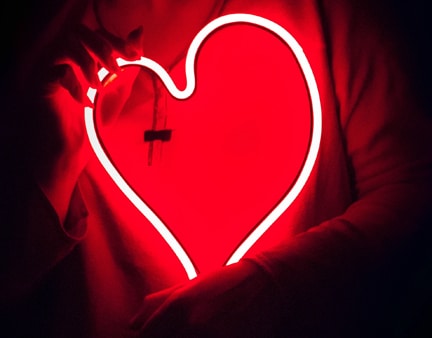 An Element of Truth

The love of God and the Fatherhood of God are of course taught in the very different from the modern popular notion of the love and Fatherhood of God. The Bible teaches that love is one element in God’s character among other elements. God’s love docs not exclude his righteousness, holiness, justice, truth, and wrath against sinners. The Bible says that God is love (1 John 4:8, 16), but it does not say that God is only love, nor that love is God.

God has a general love for all mankind, and a special love for his elect. The general love of God is universal, but in the case of the non-elect, it is only temporary and will pass away, whereas his just wrath will abide on them eternally (John 3:36). The special love of God which is given only to those whom God has, from all eternity, chosen for eternal life. is an eternal love and will supersede all wrath and will be the possession of God’s elect forever.

The common idea. of the sole benevolence and universal Fatherhood of God is not true and is definitely contrary to the teachings of the Bible. It contradicts a number of the doctrines of the Bible, including the justice and wrath of God, the state of enmity that exists between God and the human race, and eternal retribution for human sin. The modern idea of God as only love gives a radically false view of God—it sets up a “God” who has no real existence, an imaginary “God” who is too kind and loving to administer justice and punish sinners.

This notion of the sole benevolence of God also undermines the Scripture truth of the sovereignty and almighty power of God. If God is nothing but love, how are we to account for man-eating tigers, earthquakes that slay their tens of thousands, wars that will kill or maim their tens of millions? If God is only love should he not prevent these evils? We face a dilemma: either God would like to prevent these evils, but lacks the power to do so; or else God has the power to prevent these evils, but for his own reasons does not choose to do so. Orthodox Christianity, believing in the justice and wrath as well as the love of God, holds to the latter of these alternatives; modern religion, believing in a God who is only love, is compelled to adopt the first alternative, and say that God would prevent calamities if he could, but he lacks the power to do so. So the teaching of the sole benevolence of God leads straight to the idea of a finite or limited God, a God who is not really in control of the universe, instead of the infinite, almighty, sovereign God of the Bible.

Also, the notion of the universal Fatherhood of God destroys al! true evangelism and missionary work. If God is already the Father of all men in the ethical and religious sense, then the gospel of Christ is meaningless. What shall the missionary tell his hearers? If he has a “modern” message he tells them that they are the children of God already, and all they need to do is to realize this fact, awake to their privileges, and begin to treat each other as brothers. He may even go so far as to say that all religions arc at bottom the same and should mutually recognize each other’s adherents as all children of God, and all cooperate together fraternally in one great religious family. Something very much like this was advocated by the notorious Laymen’s Appraisal Commission on Foreign Missions a few years ago. If God is the Father of all men, then of course no person is really lost and none is in danger of eternal punishment. Then evangelism and missions have no real good news for sinners; they have only some advice on how people ought to live.

In addition to the texts that have already been cited, we should note Romans 1:18, “For the wrath of God is revealed from heaven against all ungodliness and unrighteousness of men, who hold the truth in unrighteousness.” John the Baptist warned men “to flee from the wrath to come” (Lk. 3:7), that is, of course, the wrath of God against sinners. In the Old Testament, references to the “wrath,” “fierce anger,” etc., of God are very numerous. It is sometimes asserted that the Old Testament presents a God of wrath, but the New Testament a God of love. Nothing could be farther from the truth. As a matter of fact, it is not in the Old Testament but in the New Testament that the most terrible statements about the wrath of God are to be found. Eight times the New Testament speaks of the thumos (translated “fierceness,” “indignation,” “wrath”) of God, and 25 times of the orge (translated “vengeance,” “indignation,” “wrath”) of God. Thus with 33 references the wrath of God is one of the prominent themes of the New Testament. At the Judgment Day the Lord Jesus Christ will say to those on his left hand, “Depart from me, ye cursed, into everlasting fire, prepared for the devil and his angels” (Matt. 25:41).

In Revelation 16 we read of the seven bowls of the wrath of God which are poured out upon a sinful, hardened, unbelieving, impenitent world. The terrible judgments there described are pure wrath; they proceed not from the love of God, but from his absolute justice which must punish sin because God cannot deny himself (2 Tim. 2:13).

Our Church Standards on the Wrath of God

The official standards of our Church teach that God is a God of absolute justice as well as n God of love. The Confession of Faith says: “Every sin, both original and actual, being a transgression of the righteous law of God, and contrary thereunto, doth, in its own nature, bring guilt upon the sinner, whereby he is bound over to the wrath of God, and curse of the law, and so made subject to death, with all miseries spiritual, temporal, and eternal” (VI 6). The Larger Catechism speaks of “the infinite wrath of God” against human sin (Q. 38) and affirms mankind to be under God’s “displeasure and curse” and “by nature children of wrath” (Q. 27). The Shorter Catechism says tersely, “Every sin deserveth God’s wrath and curse, both in this life, and that which is to come” (Q. 84) . Many more references to our standards could be given, including our Church Covenant which speaks of our being unable to save ourselves “from deserved condemnation to everlasting punishment” (Section 1). Our Church standards definitely teach the Bible doctrine of the justice and wrath of God; they also teach the doctrines of adoption, showing that God is the Father in the religious sense only of the redeemed.

Our God is a Consuming Fire

The God revealed in the Bible is not only a God of love, but also a consuming fire against sin and evil (Heb. 12:29). According to the Bible, “It is a fearful thing to fall into the hands of the living God” (Heb. 10:31). God does not exist for the sake of the human race; on the contrary, the human race was created by God for his own glory. God’s justice and wrath are just as real as his love and grace. God’s grace proceeds from his love; God’s wrath proceeds from his justice. The purpose of grace is restoration to the favor of God; the purpose of wrath is retribution according to justice. We should realize that the popular sentimental idea of God—the idea of God as solely benevolent—is mere wishful thinking, without any scriptural basis. We should avoid this false doctrine and adhere to the full Scripture teaching about the character of God.