The Sputniks are compelling America to engage in self-examination. Why did we lose the rocket race? Senators and representatives are busy asking questions and hurling accusations. Our public school system is also under question. Russian schools are better, we are frankly told. Why? According to a report by Marion B. Folsom, Secretary of Health, Education, and Welfare, Russian children get more hours of instruction in ten years than our children do in twelve. Biology is begun in grade 4, foreign language in grade 6, chemistry in grade 7, and astronomy and calculus in grade 10. By the time a student finishes the 10th grade, he has had five years of physics, four of chemistry, and six years of foreign language. Of course, we console ourselves that this intensive training is given only to the upper three or four percent of the class; but it is true, nevertheless, that in actual numbers Russia is producing almost as many high school graduates as we are and at most as many university graduates. 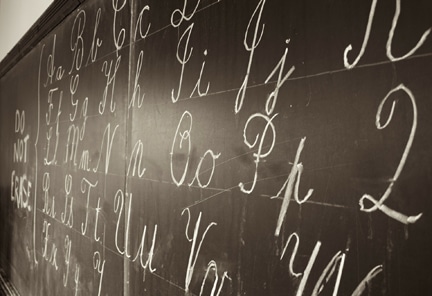 How can we begin to meet Russian standards? I do not believe that we can with our present educational system. We shall have to meet those standards by some kind of reorganization of our school system, as I suggested in my former article. Schools for the more talented are a must, I feel. We can, however, improve our present set-up.

First, let us have a clear statement of what our schools are for. Only then can we liberate them from other agencies which depend on the convenience of having the children all in one place so that their services are dispensed with the least amount of time and expense. I am thinking of the health department specifically, which uses school time for eye examinations, TB tests, polio shots, vaccinations, booster shots, and the weighing and measuring of youngsters. That school buildings are used for these services is understandable, but if class time is constantly given up for these things you know who suffers.

Besides infringement on class time by the activities mentioned above, we have pressure groups of citizens who look to the school for support. There are those who sponsor the circus and need the support of the children in order that their organization may benefit financially. Really, you know, a child is not educated unless he has the experience of attending a circus! So the school must excuse Johnny from class that he may attend, provided of course he brings a note from home saying that mother and dad desire this.

Mr. World Traveler has an exceptionally good illustrated lecture which is very educational; so Suzie and any other school child whose parent will buy the ticket are excused from classes to attend. A local service club decides to sponsor the Passion Play, and they succeed in getting the schools to excuse those children whose parents think it is worth while (in spite of the fact that the play is given in the evening also, and these same children attend many other functions which terminate as late as this ).

When a well known children’s choir visited our city. one of our Christian schools transported the children of the sixth grade and the entire junior high by bus to hear their program, notwithstanding the fact that the same program was given in the evening and many parents had already purchased tickets for themselves and their children.

A young women’s group in our city, composed we might say of the weIl-to-do and the social elite, decide to provide an educational service each year to the school children by offering some play for their entertainment.

They give two performances a day for two weeks, and children from near and far are dismissed frpm classes to see it. One four o’clock performance in the Civic Auditorium would accommodate all the children at once, and all these students woutd have the benefit of the classes-which now they miss.

Please understand. Very good arguments can be given for all these extras which the school incorporates into its program. Somebody in the system thinks, deliberates, weighs advantages and disadvantages before agreeing to them; but the number of them is increasing to such an extent that we feel a halt should be made, and we need a new emphasis on classroom drill in fundamentals.

Besides being excused for the reasons given above, my students have missed classes within the last two weeks for various other reasons. The Horizon Club girls missed three full hours of class time to serve for a Community Chest workers’ luncheon. All of my students attended an assembly to view a film on UNICEF just prior to the drive for funds for UNICEF. They attended a Red Cross Assembly to view a film just prior to the drive for the Junior Red Cross. Monday and Tuesday of next week classes wiII be disrupted in order that all the children may have their pictures taken. This is a real source of profit for our Honor Society. Soon ow’ student body will be contacted by a publishing company to sell magazines. This nets several hundred dollars each year for the PTA. Yes, this is done outside of school time, but students are again dismissed from class to attend the kick-off assembly, and again dismissed to attend the final assembly at which time the financial report is given and the awards for outstanding salesmanship are offered.

Yesterday nobody went to school. That was BIE Day-the day in which teachers are lured from their ivory towers to face the cold, hard facts of the business world.

Please teach children how to drive a car, ask the police.

Please teach children how to “babysit”, plead the firemen. Please teach them how to dial the right emergency number.

Please excuse my boy from school to go deer-hunting, writes a mother, for this gives him a chance to be with his father; and it is very important for a boy to be with his father. Of course, he is not yet fourteen, and he may not hunt according to law, but he can walk along with his father in the woods. And incidentally, this deer hunting trip will last for two weeks, because this family takes its vacation at this time of the year.

Dear Mr. Principal, please excuse my daughter from school. We are going to Florida and expect to be gone several weeks. Will you ask the teachers to write out the assignments for the next six weeks?

Dear Public: You have hired me to teach your child. I must teach him (in the eighth grade) American history, grammar, literature, composition, and spelling—all in two hours a day. You see, he needs one whole hour of arithmetic every day, and the other three hours he learns to sing, to cook, to draw, to work with tools, to play ball, and he also helps to run the school. Now will you please let me have this child for these two hours? If I could only have him for 75% of the time, maybe he could learn 75% of the material Of course, he has to be 100% efficient to do this. If he is only 80% efficient (which the average student might be) then instead of learning 75% of what he should know he will know only 60% of it. So, may I please have him regularly? I’m just not smart enough to teach him when he isn’t here.