It is to be expected that earnest Christians would devote much time at the present day to a study of the first chapter of Genesis. We are living in a time when “science” has much to say about our earth and the solar system. It is a time, so we are told, in which old opinions and traditions will have to go by the board in order to make room for the newer knowledge. We know much now that we did not know hundreds of years ago, and consequently we must subject the first chapter of Genesis to an examination in the light of what “science” has taught us.

As Christians we should of course constantly study the Scriptures, and we should examine carefully every claim that is made against them. And certainly many claims are being made against them today. In this modem attack upon the supernatural—for any attack upon the Bible is in reality an attack upon the supernatural—the first chapter of Genesis comes in for much discussion. Many different voices are raised, telling us what we can and what we cannot believe about the first chapter of the Bible. In the midst of such strident claims and charges, it will be well to look briefly at the chapter and ask what the chapter itself has to say.

There are those who have no hesitation in asserting that the first chapter of the Bible is myth or that it contains many mythological expressions. Now, in these days, when anyone uses the word “myth” we must ask just what he means by the term. Many of us can remember when in grammar school we read the fascinating myths of the ancient Greeks, stories that we at least did not believe, but which were perfectly entertaining and far less harmful than much that is peddled to our young people under the label of “literature” today. These old myths were interesting stories, and we enjoyed them.

When, however, it is sometimes said that the first chapter of Genesis is mythological it is not meant that the chapter is simply an interesting story that is not true. What is meant, apparently, is that in the first chapter of the Bible we have remnants of old myths, particularly myths that were found among the Babylonians and Sumerians. To take but one example, in the second verse of the Bible, it is sometimes asserted, there is reflection upon an old battle against the dragon and against the chaotic powers of evil. If this is so, we may ask why such things are found in the Bible.

The answer that is sometimes given is about as follows. The Hebrews, we are told, could not speak of the creation in straightforward narrative prose. Instead they had to describe it in terms of myth, and for that reason we find reflections upon these myths in the Bible. The language has a mythological coloring, and so is not to be interpreted as straightforward history.

Today much is being written on this subject, and it is a matter which can be handled only by those who are competent in the ancient Hebrew and Babylonian languages. The present writer is convinced that there are no reflections upon ancient myths in the first chapter of the Bible, and he has sought to present his evidence for this position elsewhere.* One may well ask why the Hebrews could not recount the story of creation in straightforward narrative prose. Is the doctrine of creation really more mysterious than the doctrine of the Person of Christ or of the Atonement? God could have revealed the truth of creation in narrative prose, and as a mutter of fact, that is precisely what He did do.

Is Genesis One Historical?

Whether we regard the first chapter as mythological or not, it is held often that the first chapter is not historical. This has been asserted even by some of Reformed persuasion, and in the opinion of the present writer, that is a tragedy. Before we ask whether the first chapter of the Bible is historical or not, we must determine what we mean by the word “history.” There is no point in questioning whether Genesis is or is not historical until we have defined our terms. Oftentimes today the word “historical” is restricted to that which we can learn through our senses. We can go to Palestine, for example, and dig in the soil and as a result of our excavations come to the conclusion that Tell el Ful (Gibeah of Saul) actually existed. We have certain checks which will support our conclusions. Therefore, we conclude, that Gibeah was a historical city. And, inasmuch as we have the excavations before our eyes, we are willing to regard the Scriptural statements which speak of Gibeah as historical. Or, because we think that in a certain sense we can control the sources, we are willing to acknowledge that there is a historical core to the Exodus account of the departure of the people from the land of Egypt.

In the Bible, however, there are certain matters which we cannot check. What about the resurrection of Christ from the dead? Our scientific investigation is rather helpless in the face of this mighty miracle, and hence, we may be tempted to deny the possibility of miracle and to find an escape from difficulty by saying that the resurrection belongs to the realm of Geschichte instead of that of plain history. Now, it is perfectly obvious that no man was present at the creation, and so the first chapter of Genesis is not an eyewitness account. It is not a report of what happened, given to us by someone who through being present on the scene had firsthand knowledge of what took place. Is it therefore not historical?

For our part, we feel that it is necessary to break with this all too prevalent interpretation of the word “history.” We prefer to designate as historical anything that actually did take place. Thus, we would call the exodus from Egypt historical, because we believe that, just as the Bible says (not as Noth, Von Bad and others say), there was an exodus from Egypt. And we regard the resurrection of Christ as historical, for we believe that on the third day the body of the Lord Jesus emerged from the tomb. A mighty miracle was performed, and we believe that it occurred just as Scripture says that it did. The reason why we believe in the historicity of the resurrection is simply that the Bible says Christ arose. We affirm also that the first chapter of Genesis is historical, for it relates those things which actually took place. But how could man know that? Certainly man could not be on hand to see what was going on. How then can we possibly be sure that this first chapter of the Bible tells us what did take place? We can be sure of that because this first chapter of the Bible is the Word of God. It is a revelation from Him; it is part of those sacred Scriptures which are God-breathed (II Timothy 2:15). Of course no man was present to report the creation, but why may not the God of truth have revealed the truth of creation to man. “He made known his ways unto Moses, his acts unto the children of Israel” (Psalm 103:7).

We are face to face with the old question of revelation. He who believes that the God of Scripture has given to man a special revelation will have no difficulty in believing that God revealed to man the content of the first chapter of the Bible. Those who think that God cannot reveal truth by means of propositional statements are simply unbiblical in their attitude. If we accept the Bible as the Word of God we shall have no hesitation in asserting that the historical may include what God has revealed to man. And so it is with the first chapter of Genesis. 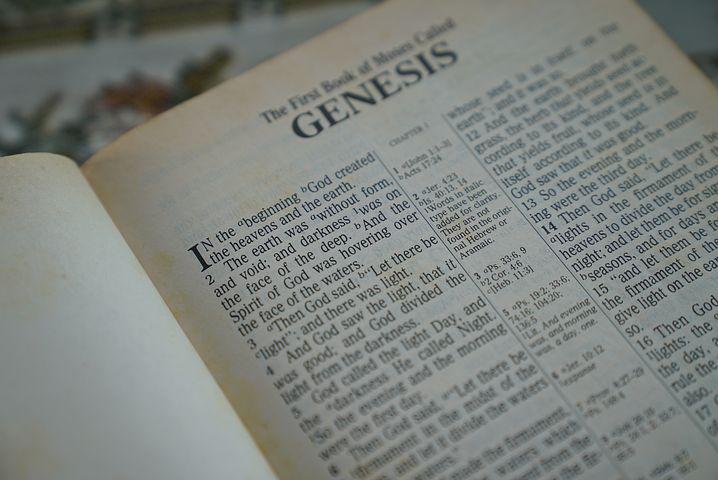 Genesis One Is Historical

As soon as we begin a careful study of the book of Genesis we realize that the first chapter is historical. The book of Genesis is divided into two major parts. The first of these comprises 1:1–2:3 and the second 2:4–50:26. That the second part purports to be historical is without question. It may be designated “The Generations,” for each section thereof is labeled “Generations.” Many times we read “These are the generations of…” Thus, this section is genealogical, and its main purpose and design is to trace the line of the chosen people from its earliest beginnings until the decent into Egypt where the people are to grow into a mighty and powerful people. Whatever else may be said about Genesis, there is no question but that it purports to relate an account of people who actually lived and of events which really happened. Genesis is a historical book, if ever there was one.

Now, the first section serves as an introduction to the second. We may label it “The Creation.” Indeed, Genesis is unique in that it is the only document coming from the ancient world that has a genuine account of Creation. It is true that there are so-called creation accounts which come from different lands, but in reality these are not creation accounts at all. None of them has a clear-cut statement of genuine creation such as is found in Genesis. The Enuma elish (so-called Babylonian account) is really not a creation account at all. Whatever references there may be to creation are at best of a secondary character. Very different, however, is the first chapter of Genesis. Here there is a straightforward statement of the fact of absolute creation. “In the beginning God created the heavens and the earth.” How thankful to God we should be for those words! How good he is to have given us this simple and direct statement about the origin of all things! And how utterly unlike this statement are the gross polytheism and vagueness that characterize the old world accounts of the beginning of all things.

Now, when we examine this first chapter of Genesis we make the discovery that it bears an integral relationship to the second part of the book. This is not the place to point out that fact in detail but one or two observations will be in place. We may note that the constant emphasis in the first chapter upon everything being very good is practically meaningless, unless taken in connection with what follows. Why this unusual stress upon everything being good unless to prepare us for the account which relates how everything became very bad. Here is clear evidence that the first chapter of Genesis bears an integral relationship to what follows. One who reads the second chapter of Genesis carefully will note also how it presupposes what has already been related in the first chapter. In itself it is incomplete. Then too, the appearance of the term LORD God in the second chapter, as has so often been pointed out, is intended to show that the LORD is the God, mentioned so frequently in the first chapter. This line of evidence, of course, could be multiplied. It leads, however, to a rather striking conclusion.

How wondrous is this first chapter of the Bible! How we should read it with humility of heart. Here we do not have the thoughts of the Hebrews. Their own thoughts on the beginnings of things were in themselves probably no better than those of the Babylonians. Here, however, we have the precious Word of God, the very truth which almighty God, in his infinite wisdom, has seen lit to reveal unto us. Let us read this remarkable and unique chapter over and over again with hearts filled with love and gratitude toward him who in the beginning did create the heaven and the earth.