It is probably safe to assume that all of the women’s groups in our churches—whether they are called guilds, ladies’ aids, or circles—have as their primary purpose the study of the Bible. But there is not the same degree of unanimity in the matter of obtaining money by means other than the offerings at the meetings. Some groups have put a ban on all types of fund-raising projects; while others

work feverishly from September till September on baked goods sales, pan­ cake suppers, bazaars, and socials to raise money for certain church needs. What are we to think about such ac­tivities? Do they have their place in our Bible study groups, or should they be abandoned?

We should note first of all that these projects are usually most ineffi­cient. Any business that put as much time, effort, and material into adven­ture with as little financial return as is usually made by these activities would soon go bankrupt. Let us look at a baked goods sale as an example. On the one side of the ledger we have the committee’s efforts to secure the place of sale, the cost of the ingre­dients for the pecan pies or iced brownies, the time and gas or elec­tricity used in the baking, the time and also the gas expended to deliver the goods, and the time involved in selling them. On the other side are the usually modest receipts, a great percentage of which probably came from the members themselves, who bought some other members’ donuts or brown bread. When you compare the two sides of the ledger, you real­ize that for all their good intentions, the women have probably been work­ing for ten or fifteen cents an hour, and certainly their time is worth more than that. And if it should be true, as is sometimes remarked, that “some of the ladies don’t have anything to do anyway,” they could make more effi­cient use of their time by earning 50c or $1.00 an hour doing something else and giving that money directly to the church. If, instead of the sale, each member had contributed $1.00 to a special offering, the group would have made out just as well, and with a fraction of the effort. 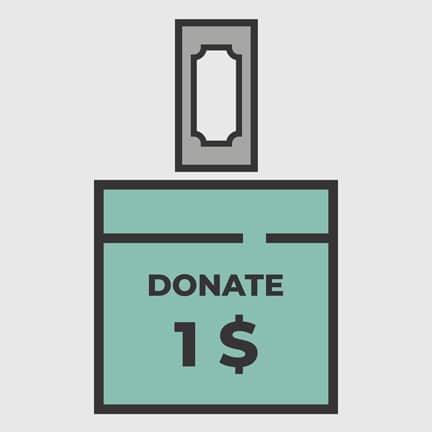 What Is Our Motive?

Second, we should ask ourselves: What is our motive in giving to the church through these projects? Are we not being lured on by a material reward to give money which we would otherwise not give? Are we not giving primarily with the intent of getting something in return, rather than giving freely to a kingdom cause? Is not the man-centered mo­tive of “How much is there in it for me?” being used to sugar-coat the God-centered motive of “How much can I give to God?” Are not pan­ cakes, home-made donuts, or aprons being used to anesthetize us in order to render as “painless” as possible our giving toward a new church building, a missionary in Japan, or a Christian mental hospital? These kingdom causes should be so dear to our hearts that we should need no other goading or coaxing to contribute to their sup­ port. We should want to give to the Nigerian mission cause, not because we will get some mouth-watering brownies, but solely because we wish to implement God’s command to “Go ye and teach.” Likewise, we should want to give to a seminary in order that future ministers may be explained in God’s Word there, and not because we enjoy a pancake supper. In other words, if we are willing to give money to God only when we get a pot of beans or a dozen toll-house cookies in return, then we would question whether the church wants the money given with that motive.

Another objection to these projects is that sometimes they detract from the main purpose of the group—the Bible study. With any organization a certain amount of business is inevita­ble, and each member should shoul­der her responsibility for the proper functioning of the group. But when, as a result of all kinds of fund-raising activities, the business meetings tend to eclipse—partially, if not totally ­ the study of God’s Word, we should take stock of the goals of the society.

The Scriptural Way to Give

But probably the most important question we can ask in this: matter is this: Should our churches, or groups within them, be in business? The principal concerns of the church are God’s Word and the work of mercy. These should also be the concerns of the women’s groups within the church, even though not in the same official capacity. Nowhere in either the Old or New Testament is there an example of the church being in busi­ness in order to raise money for build­ings, for preaching the gospel, or for missions. Neither is there a command or admonition to that effect anywhere in Scripture. On the contrary, when Moses needed materials to build the first tabernacle, he did not appoint a ways and means committee but sim­ ply asked for voluntary contributions for this work of Jehovah. We then read that “The children of Israel brought a free will offering unto Je­hovah; every man and woman, whose heart made them willing to bring for all the work, which Jehovah had com­manded to be made by Moses” (Exo­dus 35:29). In fact, the response was so overwhelming that soon the work­ers told Moses, “The people bring much more than enough for the service of the work” (Exodus 36:5), and Moses had to give the command to cease all contributions. Would that our pastors in this age of luxury could give such an order! Thus we should not seek to gain financial sup­ port for our church needs by the un­ scriptural means of “projects,” but by the Scriptural way of free will con­tributions.

Work We Should Do

However, women sometimes say they want to do something outside of the meetings. They add that such a wonderful feeling of unity is devel­oped when the members work to­gether toward a common goal. That is an admirable viewpoint, and there are many activities not involving fund-raising which can occupy their time. For example, I am sure that there is no shut-in, whether a mem­ber of the church or outside the fold, who ever received too many visits from members of the church. Many churches have contemplated working with the unchurched in their neigh­borhood, but have been compelled to give up the idea for want of man- or woman-power. Even if the church does not have such a program, indi­viduals could have a regular Bible study with their neighbors. Those who like to sew or roll bandages could do so for our institutions of mercy or for our medical mission­aries. Many of us enjoy a hymn sing, or a banquet followed by entertain­ment or inspiration. But these should be solely for Christian fellowship rather than as a means of financial gain. And finally—although this probably should have been first­ those who would be thus freed from “projects” could spend more time in preparation for the Bible study at the meetings. For it is only too evident that a large percentage of the women come to the meetings woefully un­prepared to contribute anything or to take part in the discussion.

The question may then properly arise: How can we obtain the money we need for our new church building, for the missionary we are supporting, or for our new organ? The answer is: not by all kinds of fund-raising proj­ects, but by prayerful, sacrificial, and systematic giving. We should sit down and prayerfully analyze our personal finances and the needs of the king­dom. And then give, give until it hurts, even if it may mean refraining from buying a new coat or car. Such sacrificial giving will not produce great results if it is only a sporadic, though generous, dipping into one’s pocket. Rather, it must be done with regularity, as Paul urged when he said to the Corinthians: “Upon the first day of the week let each one of you lay by him in store, as he may prosper” (I Corinthians 16:2). When we are thus faithful in giving God his due, we shall see that he is faithful in keeping his promise to “open…the windows of heaven, and pour…out a blessing, that there shall not be room enough to receive it” (Malachi 3:10). We shall be surprised to find that am pocketbooks are like the widow’s cruse of oil that never ran dry.

What We Can Do as Individuals

There may still be some of us who conscientiously feel that they are giv­ing their utmost to God but who would like to utilize their spare time and willing hands to earn more money for the church. This we should do as individuals, but not under the aus­pices of a church group. We may sell greeting cards, our needlework, Afri­can violets, or baked goods and turn the proceeds over to the church. Or we may work out for a day, doing housekeeping or substitute teaching or nursing, and then give am day’s wage to the church. But these should be purely personal, individual activi­ties, comparable to the daily bread­ winning of the husband, and should have no relationship to the ladies’ societies.

The Better Way Is More Profitable

There are in our own denomination women’s groups which have aban­doned all money-making projects and found at the end of a year that they had gathered in, merely by offerings, more than what they had previously raised by their projects. And we can be sure that members of a church such as Park Street Church of Boston, which last year raised a quarter of a million dollars for missions alone, did not do so by means of pancake sup­pers or ice cream socials. Rather, it was accomplished by personal sacri­fice and in faith that “he that sup­plieth seed to the sower and bread for food shall supply and multiply yom seed for sowing” (II Codnthians 9:10).