Sidney Harris writes a column for the Knight Syndicate entitled “strictly personal.” That title holds for this article on parochialism.

Over coffee cups my friends can get me pretty excited when they defend parochialism in practice, even though they say. it may be wrong in principle. At the elementary and secondary level we have been able to afford the luxury of free Christian schools but at the college level, they insist, it can’t be done.

The tempo of our “koffee kletzes” has been intensified with the present interest in Calvin College’s expansion program. Quite obviously if it is not practical now to set Calvin free, in the future it will be still more impractical as complications of administration multiply with growth. Dordt College supporters struggle with the same problem. As of now they have a sort of compromise between the principle of a parochial school and a free Christian school. 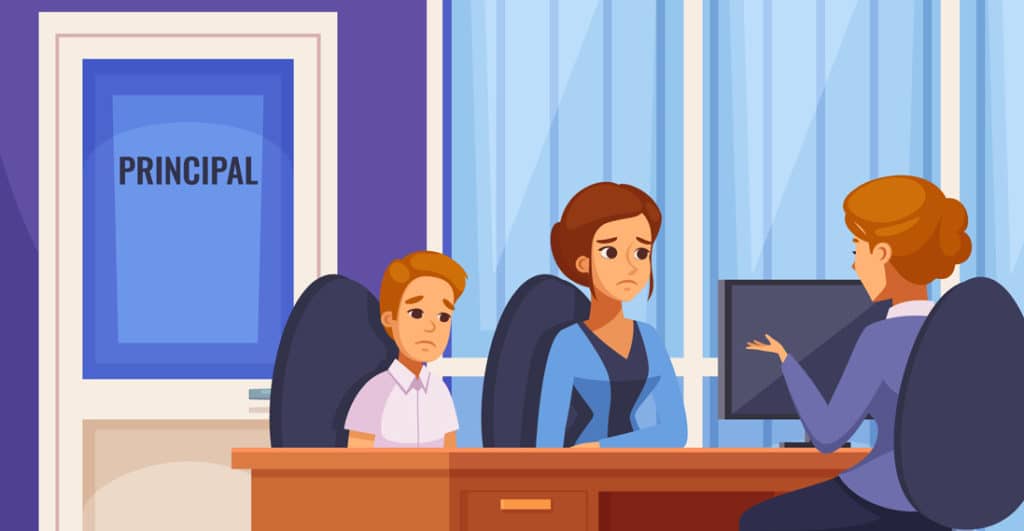 In this article I will not discuss whether there are biblical grounds for a church to train professional people. Let me just briefly summarize some of the arguments for the practicality of a free Christian school at the level of higher education.

2. As long as we are not convinced that education is the first business of the institutional church, a school will always be a stepchild. We deal with it as a secondary function and it’s too important for that. In my opinion (and that’s all it is) Calvin College could have been a university today if this eaglet had been tossed out of its nest thirty or more years ago. As a parallel to this I think it will remain a fledgling for many, many years if it remains parochial.

3. A Calvinistic college and a Calvinistic university ought to be a cross section of all Calvinistic denominations and cultures. Internationalism is one of the characteristic features of Calvinism. Higher education ought to reflect that in all its richness. Inbreeding is not enriching. Dutch Calvinism ought to be a major tributary into this broad Calvinistic cultural stream.

4. Dr. John Kromminga, and Dr. M. Eugene Osterhaven (Ref. Journal, Oct. ‘55, Dec. ‘56) have written about our failure to communicate to the American world. It was said that our Christian school system, as we implement it, is a barrier to this communication. If we are to communicate our Calvinistic heritage to the American world, one way to do it is to make our higher education a rallying point for all American Calvinists. We need a college that will do for American Calvinism what colleges like Wheaton and Westmont do for American fundamentalism. Such a college ought to grow into a university. The Christian Reformed Church should probably give leadership in this matter much as the United States leads in the promotion and preservation of democracy. The church does not need to take full responsibility for the establishment and maintenance of such a college.

5. A church-owned educational institution equates one’s loyalty to the church with his loyalty to the school. If the school promotes error a person has to step out of the church in order to withhold support. It is something like a country carrying on an unrighteous war and yet its citizens must support it. The ecclesiastical quota puts a church member in the same uncomfortable position.

6. Orthodoxy! How are you going to keep higher education free from heresy? I know of no fool-proof method. Historically, church-controlled colleges have not made an impressive record for maintaining the purity of the faith. Even church-controlled seminaries have left the foundations upon which they were established. Free Christian schools (free from state or church) you can stop supporting with the least inconvenience. A church or an individual can without red tape, withhold support from anyone of our Christian schools. This, I think, is as good a deterrent as ecclesiastical control.

7. In our next hundred years we will, D.V., establish other colleges in our country. These will have to go parochial if Calvin stays parochial. No doubt first junior colleges will develop. We already feel how difficult it is to have a junior college not parochial and Calvin College parochial. The problems arise as to what to do with denominational quotas for higher education. Setting Calvin free would pave the way for the unfettered development of colleges in the East and the West, in the North and the South. These various colleges could become rallying points for all American Calvinists.

8. Wouldn’t the separation of Calvin College mean sudden death to the college? What would happen to our professors? When my friends come with this argument I tremble a bit because actually I don’t know what would happen. I hope the synodical study committee will come up with something that will insure a safe and sane transition in the manner of control and support. This should possibly be effected progressively over a long period of years. There will certainly be a calculated risk. A turtle can only make progress by sticking out its neck. He may get his head chopped off. That’s the calculated risk. But he won’t move a step forward without sticking it out. He’ll die in his protective shell by keeping his head under cover. I don’t see how we are going to make progress without sticking out our neck. The alternative doesn’t look inviting either.

We can point to the Reformed Bible Institute, Elim Christian School, and our institutions of mercy that are not parochial and operate with apparent success.

Now that I have somewhat summarized the things we have discussed and touched on some of the things that have been written, I am reminded of a conversation of many years ago. A minister of many winters for whom I have a great deal of respect and who possessed a great deal of common sense, once cut short my meekly attempted defense by saying that it was foolish to talk about Calvin College ever being separated from the church. No doubt he expressed the sentiment of many. But I have been reared in the tradition of free Christian schools. Besides for two decades I have been privileged to work in this tradition and promote it. I can’t let go so easily. My prayer is that the instituted church may concentrate on its unique mission, unhampered and unburdened by responsibilities not its own. Then may we as subjects of the King work mightily under the guidance and inspiration of that church to bring our whole culture to the foot of the cross.