The previous article in the January issue discussed the fact that our Christian school graduates were not as enthusiastic about implementing the Reformed Faith as we would like them to be. It was also hinted that scholastically we might also wish for some improvement. As educators we have a responsibility to evaluate these criticisms.

We learn from the Bible and from contemporary history that there are projects whose beginning is in the Spirit but whose ending is in the flesh. The brazen serpent (Numbers 21:9) for generations served to instruct Israel in the way of true faith. Yet the righteous Hezekiah “brake in pieces the brazen serpent…and he called it Nehustan,” that is, a piece of brass (II Kings 18:4). American history is replete with schools and churches begun in the Spirit that today are edifices of the flesh. There is little reason to suppose that Satan would not like to repeat the performance with our Christian schools. 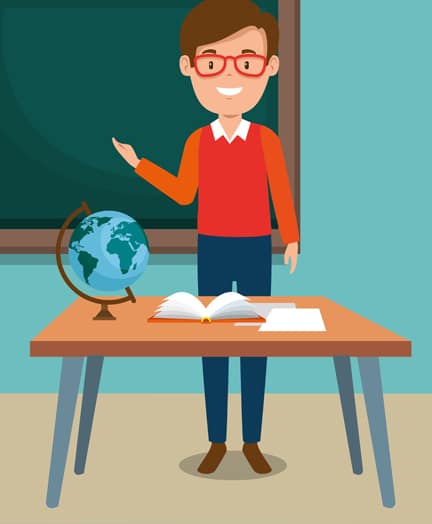 Our Christian schools, like any other schools, will reflect the culture they serve. The values of the society are the values the schools are likely to promote. It is from this point of view that we discuss five contributing factors that may help to explain why products of our schools are not more aggressive soldiers of the cross.

First among these are the mixed motives that originated and support Christian schools. Already in the beginning it was not only the Spirit, but also the flesh. Many looked upon Christian schools as institutions to perpetuate Dutch culture. That motive has been reacted against so violently that the baby has been thrown out with the bath. But other motives have emerged as God blessed am schools with increased growth. In some Christian Reformed communities a student is socially “out” unless he attends the Christian school. In large cities public schools are such a mixture of influences that parents send children to Christian schools to shelter them. Then too there is the conviction that Christian schools do a better job of teaching the three “R’s.”

Mixed motives are also present among teachers. Some might teach in Christian schools because they are not certified to teach elsewhere. To others it is a matter of indifference where they teach. If an appointment comes from a public school first they accept it and also the other way around. Some teachers prefer teaching children representing their own cultural background rather than teach a class of mixed cultural backgrounds. There may be other motives. I believe we may be grateful that the predominant motive of parents and teachers is still to rear a covenant generation to the glory of God. But that motives are mixed is hard to deny. That this should produce mixed motives among Christian school graduates should be no surprise.

A second factor is that our schools are the victim of a mixed philosophy of education. The influence of the Jute Dr. John Dewey, patron saint of American education, has been felt in our schools for good and for bad. Our teachers and administrators lack a well defined basic philosophy of Christian education by which they can screen practices alien to our educational concepts. All Christian educators reject and accept contributions from non-christian educators. But we do not do this screening through a scientifically defined pedagogy. We have no distinct Christian psychology in which teachers can be trained or to which practicing teachers can refer. Some teachers are more sensitive to ideas and practices alien to a reformed way of life; but none of them have an authority in either field to guide them. With our practices determined by and large by an eclectic philosophy of education which a certain teacher holds at a certain time, it is understandable that results will vary. This all points to a need for a Christian university or an institute for advanced study of the type Dr. Harry Jellema has so eloquently been pleading for in recent issues of The Reformed Journal.

A third thing that characterizes our culture is tolerance. As Calvinists we are the victims of tolerance today much like the Calvinists of Reformation times were the victims of intolerance. Probably future generations of Calvinists will apologize for our actions as we have done today for the burning of Servetus in Calvin’s times. Sometimes a student will come into my office to inform me that everyone has a right to his opinion. Then he follows with the usual corollary to this principle that one’s opinion is as good as another’s opinion. Then when I ask, “Does the Bible give you right to hold a wrong opinion?” he is startled to find that the Bible has any real claim on his thinking.

Now you may say, “How is this possible when day after day we are reminded that we are a people who live by a BOOK?” Well such a response is not only possible, but almost inevitable for our words get their meanings from our culture. Let me illustrate. We teach that we must not be law breakers. But who among us does not drive with his eye on the rearview mirror? Very few of us could put our hands into our bosom and not pull it out leprous. Our children will interpret the law the same way. We give them that kind of a concept of obedience.

So with our American concept of tolerance. Paul recognized that kind of tolerance in Athens. But when Paul declared unto the Athenians that “unknown God” which made their gods nothing they would have nothing to do with him. America tolerates our Christian schools and we not only tolerate public schools but even pay to support them. It is inescapable that our youth will interpret our adherence to Calvinism in the light of this American concept of tolerance. Some day this unchallenged concept of tolerance may come back to whip us intolerantly. Dr. James B. Conant said to a group of school administrators, “The greater the proportion of youth who attend independent schools, the greater the threat to our democratic unity.” (Read, “Are Our Christian Schools a Decisive Force in a Democratic Society?” by Rev. E. Heerema, Christian School Annual, 1952. pp. 120–130.)

One could seriously ask whether our culture is not characterized as much by a traditional Calvinism as by a dynamic Calvinism. Allowing for a bit of hyperbole could it not be said that the state of Michigan contains within its borders one of the greatest reservations of Calvinists in America?

A school cannot lift itself from its times. The tenor of our times shades the tenor of our Calvinism. Our fourth consideration is that these are not times that produce a “Belgic Confession” and sends it to a “Phillip II,” with the words that the petitioners would rather “offer their backs to stripes, their tongues to knives, their mouths to gags, and their whole bodies to the fire” than deny the truths expressed in this confession. Our times are better reflected in such issues as to whether the word “militant” should be used or not. The Christian Reformed Synod of 1953 split right down the middle on that word and the chair tipped the balance against its use by a deciding vote.

We cannot expect that same display of faith today that was evident during the heat of battIe in former generations. Heroes rise from the ashes of a heated battle. Only God knows whom of us are worthy to wear a martyr’s crown. This, of course, does not mean that our schools should not train students to recognize an enemy when they meet one. Schools ought also to stir its graduates to join battle with the enemy. It can be said that such a spirit is not very evident. In that too they are children of their times.

A final characterization of our age is materialism. We are a prosperous people and much time and energy are consumed maintaining a standard of living comparable to our wealth. There is very little homesickness for heaven. Our pilgrimage is so pleasant that we almost feel like taking our portion on this side of the Jordan. We are in much the same situation as the rich young ruler who turned away in sorrow from Christ when he said, “One thing thou lackest: go sell whatsoever thou hast, and give it to the poor, and thou shalt have treasure in heaven: and come, follow me, Mark 10:21,” so that he can honor God.

“This do” meant for the rich young ruler to do without. We do not have very much of “this do without” concept motivating our lives. Prosperity was fatal for the Israelites. We are not immune to its threats.

This is reflected in school by students who do not see why they should study a subject that will not help them get richer. “No point in it at all,” they say. A counselor can talk himself blue in the face trying to explain to the student that God has given him talents which he must develop so that he can honor God. These are words which his culture has given scant content.

Now, does it seem hopeless to build the kingdom of God within the hearts of His own? Not at all. For God’s kingdom is not built upon flesh. Its construction is not the work of men’s hands. “Not by might, nor by power, but by my spirit saith the Lord.” Parents and teachers go on as coworkers with God! Only the Holy Spirit makes our schools successful.

O Lord, brick and mortar we do need

And by Thy grace we do supply;

But only Thou canst give the Spirit

Without Whom our schools will die.