In June of this year, the Division of Life and Work of the National Council of Christian Churches recommended to the Council the adoption of a statement of policy respecting the Right to Work laws which had been passed by many states and the passage of which in other states is being contemplated. The General Board of the National Council took the following action: “That the document and pending amendment be recommitted to the Division of Christian Life and Work for restudy, and that the Division at its discretion may circulate a document on this subject among the constituency of the Council, it being made clear therein that any such document thus circulated has neither been approved or disapproved by the General Board.” Though this action does not officially adopt the recommendation of the Division of Life and Work, it does in effect sanction the underlying principles which are given expression in their statements. 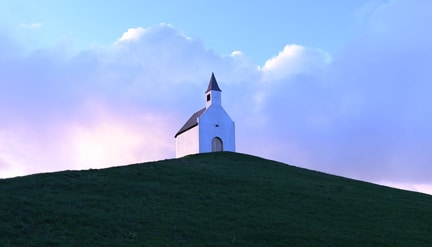 The recommendation offered by the Division of Life and Work is as follows:

“1. The new statement approving union membership as a condition of employment reaffirms past official utterances by Protestant groups made in 1912, 1932 and 1940.

“2. In the course of human development the organization of individuals into certain types of social patterns has been a necessity. The labor union appears in the course of histOlY as an important instrument of a democratic society.

“3. The right of individuals to have a maximum freedom of choice in selection of types of work and conditions of work, while basic, is not absolute.

“5. All men are confronted from time to time with the necessity of yielding to the interests and welfare of others.

“6. Thus, while people do not usually like compulsion in any form, they may accept some degree of it, in order to achieve values which cannot be secured without it. They recognize that in any social order the exercise of individual freedom may be self-defeating and that freedom must of necessity in some circumstances be exercised in terms of group decisions.”

To say that in the course of human development the organization of individuals into certain types of social patterns has been a necessity and that labor unions are in their genesis and development social organizations which seek to give leadership and direction to some part of society is quite true. The labor union movement has always been and must remain a movement in society which seeks to bring about social betterment in this area of activity. But then this means also that such a social movement is allowed only the use of such methods and means for their development and growth as are right and proper for social organizations. No social organization may properly use the means of coercion to maintain and strengthen its position. It is necessary for social institutions to gain adherents and proponents on the basis of the program which they present and the social good which they expect to gain. It is by persuasion that people are drawn to a social organization and thus become part of it. They have been convinced that an important social good can be obtained only by the collective activity of the group. Compulsion is not a proper method in the hands of a social organization.

Government, instituted by God, may for the maintenance of righteousness and justice exercise its power, but coercion on the part of social organizations is a means which in the nature of the case is not theirs to use. To say, therefore, that “while people do not usually like compulsion in any form, they may accept some degree of it in order to achieve values which cannot be secured without it,” is, in my estimation a validation of an unrighteous coercion. This is a dangerous policy. It is this same idea which was utilized by totalitarian governments to subjugate their peoples under them. Governments may exercise their rightful powers to maintain righteousness and justice but social organizations do not have nor ought they to be given this right. A social organization that demands it and the government that gives it are both wrong.

The Division of Life and Work further declares that they evidence a Christian concern for those who do not wish to join a union. It puzzles me how this statement is in any way consistent with the total impression left by their recommendation.

When the right of the individual—his freedom of conscience and choice—is thus denied by social institutions, then collectivism and totalitarianism get a foothold. There is, it seems to me, a difference of degree but no difference in essence between this collectivism by compulsion and the totalitarianism that was found in Germany and Italy under Hitler and Mussolini and which is found today in communistic Russia. Here too the rights and freedoms of the individual are denied by the powers that be for the sake of those things which they have constituted as their aims and goals. Men are then no longer free agents who must by persuasion and convincing argument see the necessity of social organization, but they become as dumb animals who are herded and directed by those who have the most power.

It is my firm conviction that there must be social organizations to represent labor. Social organizations which seek to give a united force and unified action to labor have the right to exist. The passage of the Wagner Act protecting their right and privilege at this point is, it seems to me, entirely valid. But even as employers could not use coercive measures which denied the rights of individuals in 1931, so likewise it ought to be acknowledged that labor does not have the right to utilize right denying coercive measures in 1956.

Point three of the Division’s recommendation speaks of “freedom of choice in selection of types and conditions of work.” The matter of a right to work, however, does not deal with types and conditions of work. It deals with the right to work itself. It is this right which is denied in many places today, and it must be recognized that this right is basic and can never be denied.

It is interesting to compare the recommendation of the Division of Life and Work with the labor declaration which were recently adopted by our own Synod (Acts, 1956; pp. 105–6).

It can be readily acknowledged that the spirit of the Synodical declarations on labor is quite different from that of the Division of Life and Work. Synod has declared that membership in non-Christian labor organizations is not a matter of in difference. The Christian Reformed Synod has always maintained that so-called neutral labor organizations give no constitutional warrant for sin. It cannot be denied, however, that the insistence upon union shops and the use of coercion and the consequence denial of the right to work is the declared policy of the labor movement today. How do we as a church stand over against this situation?

The problem is painted up when members of the Christian Reformed Church who are also members of the C.I.O. or A.F.L. become directly involved in coercive tactics which force one of their fellow church members to become a member of their union against his will and when his freedom of conscience and right of assembly are denied by those who sit with him at the communion table of our Lord.

This is a problem which we have not yet faced. It seems to me that all answer to this problem must be found. It is entirely possible that when we come to grips with this fundamental matter we may be forced to take a more decisive stand with respect to labor unionism. Some sections of our church are trying to deal with this problem and they have sought to give an answer to it. Their answer is proposed to the whole church in publications and by overture to Synod and their proposal should be carefully considered in the light of this continually developing situation. To say that we have been dealing with this problem for many years and that a proposal which challenges our traditional stand ought not therefore, to be made, is to presume too much. We have not said the last word in the matter of labor unionism. Much more will have to be said and what we say in the future must be more decisive than what we have said in the past.

It is quite true that if we stand in opposition to this unrighteous utilization of coercion and power on the part of labor unions we may be called upon to pay a considerable price as a people. If a price must be paid because an uncompromising stand for freedom is required, then we had best get on with our payment.

If we shall have the spiritual stamina and courage to make a stand for freedom it is necessary for us to proceed in faith. To proceed in obedience to the law of God in the Face of the opposition of the world is always difficult, but it is in this way that a witness to the kingship of Jesus Christ in our lives can be made. It seems to me that the Kingship of Jesus Christ is little recognized by neutrality.