The following address was delivered to the Christian Reformed Church Synod ‘95 by the fraternal delegate from the mother church, the GKN. It brought shocked responses from CRC delegates. We must once again repeat the words found at the exit of Dachau concentration camp: “He who will not learn from the past is bound to repeat it.” The Editors 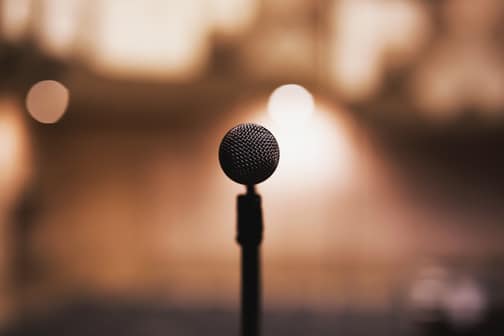 To speak to you today, as fraternal delegate of the GKN and bring you our churches’ most cordial greetings, is an unthought honor.

An honor unthought—and unsought; for I myself had not in the least counted on the possibility that our synod on May 9th would elect me as her president. Though a delegate, I did not belong to the board of the last synod. When synod, by a large majority, cost a vote in my favor—an “outsider”!—I gained the assurance and trust to accept this appointment. And so today I stand before you, in a place and a position I had not dreamed of. You can imagine what nervousness and uncertainty this entails.

Ever since it became known that I would accompany Rev. Overeem to your synod as representatives of our denomination, friends and acquaintances in Kampen bring me good reports on the CRC. They praise you for your hospitality, your fellowship, your concern for each other and your willingness to sacrifice. All this made me the more desirous to meet you. As you have found a place in our hearts, so (I would hope) we have found a place in yours, in your hearts and also in your prayers. We need that support and that sympathy and those prayers very much. The GKN, in our Dutch society, are facing great challenges and great problems.

It is a real challenge to be a church of Jesus Christ in a secular context. To many, the words of the faith have become strange. The obviousness of believing and belonging to a church has been lost. Research indicates that in 25 years’ time, only one quarter of our population (in the Netherlands) will belong to a church. Society has become pluralistic, also in matters of religion. For every religious need a gratification can be found somewhere. If not at one stall, then at another in the marketplace. On the field of religion, as elsewhere, we encounter a culture of grasping and zapping. The only criterion is what fascinates or distracts at the moment. The major question for the church is, how we are to translate the strong and ancient words, or the classic words of the Christian faith in such a way that men today recognize them as the Word of the living Lord. For we ourselves are part of this context and are in a measure ourselves infected by the spirit of these times. How shall our words and deeds, our whole stance in life, make audible the voice of the living God?

There is much “atmospheric disturbance” in the words and deeds of the church. Not only do we bear the blessings, we also bear the burdens of the past. Many people have disturbing memories of the compulsion, the narrow-mindedness, the conservatism and the dread of freedom. Besides all this, there is the present confusion. We are living in a pluralistic church with a broad spectrum of voices. Believers have different emphases, so different at times, that it becomes difficult to recognize each other in the light of the Scriptures and the creeds. Moreover, we are part of a church which world-wide is torn asunder and presents an embarassing witness to God’s universal love for mankind and the world. That’s why we cry out unceasingly for the guidance of the Holy Spirit. And that’s why we stand in need of your intercession. For God Himself must show us the way and direct our feet in the way of His Kingdom.

The times of strong synodical pronouncements to church and nation are over. Believers today are better served with deliberations that help them to make their own choices in the questions that confront them. Synod meets that need by preparing material for reflection, which, after first being debated and weighed by synod, are sent to the churches as a help to those who need or want it.

First, the synods of the Lutheran, Dutch Reformed and the “Gereformeerde” churches recently in joint session, accepted a study, “Choices in questions of life and death, pastoral and ethical considerations on the treatment of seriously handicapped newly born.” With reverence for the Creator, for life, for those concerned and with great care, the study notes that in exceptional cases it may not be irresponsible to terminate life. The study, written to assist the churches, makes no strong claims but underscores the need to continue the dialogue on these difficult and heart-rending questions.

My second example is this. The joint session of these synods also concerned itself with the growing attention our society pays to the New Age Movement. Christians are also touched by it and even attracted to it. The churches are challenged to make their own position clear and to engage in a dialogue from within their own Christian framework. To assist this dialogue these synods in joint session accepted the study, “The churches have their secret.” It deals with four themes: creation, God’s immanence and nearness, community and the future. Materials for group discussion go with this study.

The process of uniting three historic denominations the Lutherans, the Dutch Reformed and our own GKN the process known as “Enroute together,” is costing much time and energy. The denominations have launched a far-reaching and profound discussion on the draft of a new Church Order which has so far been passed in a first reading. Soon the detailed provisions, the “ordinances,” will come up for discussion. A start has been made, meanwhile, to merge the staff organizations of the three denominations. Of the 700 employees, no one will be fired. The church wants to be a good employer. Nevertheless, such reorganization creates a lot of unrest, not all of which unfortunately, can be avoided.

Many in our country are enthusiastic about “Enroute together.” About 400 congregations have signed agreements of cooperation, as have many classes and 5 regional synods. But of late opposition has been mounting as well. There may be delays. We have a long way to go. It appears easier to split churches than to bring them together. We need much faith, patience and perseverance.

In your synodical Agenda I read Appendix A which touches on the relationship between our two denominations. Four themes are mentioned there. Allow me briefly to touch on each of them.

1. Our study on the nature of Scriptural authority has boosted Biblical scholarship and Bible study. Last week, for instance, I was present at a meeting where a participant in the course “theological training for members of congregations,” received the 5000th diploma. This course, covering three years of study, was started some 15 years ago in many places nationwide. It meets a real need of deeper insight and information. Your churches, too, are involved in discussions that have everything to do with the nature of Scriptural authority, for example the question of women in office and the interpretation of the early chapters of Genesis. We recognize mutually, the problems we struggle with.

2. You also write about homosexuality. You know our position. In my own congregation in Kampen, homosexual men or women participate in task-forces, committees and consistory. When they live with a partner under one roof, they are faithful to each other in love. In faith we accept one another as a gift of God. Where believers are true to each other in love, and are committed to the edification of Christ’s church, the apostle’s words become true that in Christ there is neither male nor female, slave nor freeman, Jew nor Greek—and, I might add, neither hetero nor homo. Homosexuals experience the room which the church has come to respect as theirs, as a boon and a gift. Unfortunately, this room is not found everywhere among us.

3. Our attitude towards Jews. Recently our Theological University in Kampen organized a one day conference on the 120th anniversary of the synodical committee “Church and Israel.” There the president of synod received the first exemplar copy of the book, “A church in search of Israel,” (Kampen, Kok, 1995). Two rabbis present in our midst that day spoke words that were at once impressive and hopeful. We also participate in a joint working committee of Jews and Christians, OJEC. In this context, which has room for mutual witness, we testify that the church has ties with Israel she must never renounce.

4. Finally, mention was made of the question whether your ties of so many years with the GKN should be undone. I was glad with what I read there. I should like to underscore the words quoted from the Ecumenical Charter’s statement on unity and truth. “The unity of the church of Christ is a unity in truth. Enroute to achieving unity, major differences in the perception of biblical truth must be overcome. In seeking to overcome these differences we must not only share with others our perceptions but also be open to theirs. Through such ecumenical dialogue we must trust God to teach us all and thereby unite us through a deeper common grasp of the truth. As we struggle for unity in the truth, we do so fully committed to the Reformed faith and the confessions affirmed by the Christian Reformed Church” (Agenda, p. 242).

Through our faith in Jesus Christ and our commitment to the Reformed heritage we belong together. That does not always lead to the same opinions. But because we belong together in Christ we hold on to each other, seeking communion and dialogue.

What has bound us together and binds us today is stronger than our differences. May there be a strong awareness today that we must be of service to each other, so that together, in our several continents and countries, we shall be the church of Jesus Christ.

It is only together with all the saints that we will have the power to grasp how wide and long and high and deep is the love of Christ and to know this love that surpasses knowledge that we may be filled to the measure of all the fulness of God (Eph. 3:18–19 New International Version). We pray that our covenant God may bless you in all your work.