This year the Reformed Presbyterian Church of North America celebrates the 200th anniversary of its founding in America. For two hundred years this small denomination with strong Scottish roots has faithfully ministered and borne its testimony to Christ and the Reformed faith. Unlike many other Reformed denominations of such age in this country, it has successfully resisted the inroads of liberalism and has maintained a robust orthodoxy.

Those who become acquainted with the Reformed Presbyterian Church for the first time will probably first notice its worship practices. Reformed Presbyterians (RPs) follow the old Reformed practice dating back to John Calvin -of only singing Psalms in public worship and singing those Psalms without any instrumental accompaniment. They believe that the Scriptures do not authorize any other form of singing in public worship.

The worship practices of the Reformed Presbyterians were the practices of most Calvinists in the sixteenth century including the Scots and the Dutch. In the middle of the seventeenth century the organ gradually was reintroduced into Dutch Reformed worship, but only appeared in some Scottish denominations much later. To this day most of the conservative Dutch Reformed denominations sing only Psalms.

The worship of the Reformed Presbyterians is not precisely the same as that of John Calvin. Calvin’s Genevan liturgy was more complex than that of most congregations in the RPCNA. Calvin also did not permit the singing of parts, which the RPs delight to do and do beautifully in their singing.

The visitor to an RP church might well see their worship practices as the most distinctive aspect of that denomination. But such an observation would not be correct. RPs in worship believe that they simply maintain what was once the nearly universal Reformed practice. Their real distinctive as a denomination is found in the nickname often given to them: the Covenanters. It is in their understanding of Christ and His covenant that their particular historical witness is found. 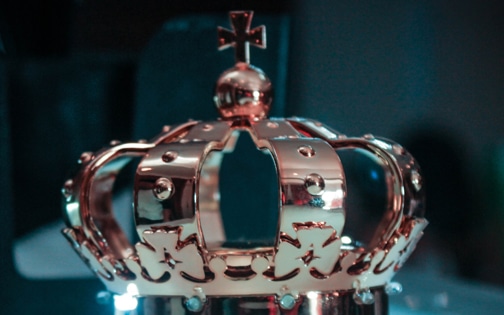 To explore that witness we need to go back further than 200 years to Scotland in the seventeenth century. Indeed we should start with another anniversary, the 360th anniversary of the National Covenant in Scotland. The National Covenant was a document signed in Scotland in 1638. It was a reaction to the efforts of King Charles I (king of England and Scotland) in 1637 to force the Presbyterian Church of Scotland to move toward the practices of the Anglican Church of England Charles wanted to impose bishops and a prayerbook upon the Scottish churches. In Scotland an amazing outcry spread among ministers, noblemen and common folk. A document called the National Covenant was written that was very widely signed by all sorts of people throughout Scotland.

The National Covenant pledged the nation and people of Scotland to maintain and defend the true Reformed religion in its confession, polity and worship: “To the which Confession and form of Religion we willingly agree in our conscience in all points, as unto God’s undoubted truth and verity grounded only upon His written Word.” More specifically the passion of the Covenant can be seen in the declaration: “And, finally, we detest all his [the Pope’s] vain allegories, rites, signs, and traditions brought in the Kirk, without or against the Word of God, and doctrine of this true reformed Kirk; to the which we join ourselves willingly, in doctrine, faith, religion, discipline, and use of the holy Sacraments, as lively members of the same in Christ our Head; promising and swearing by the Great Name of the Lord our God, that we shall continue in the obedience of the doctrine and discipline of this Kirk, and shall defend the same, according to our vocation and power, all the days of our lives; under the pains contained in the law, and danger both of body and soul in the day of God’s merciful judgment.” In light of the National Covenant and the massive resistance to his decisions on the church in Scotland, King Charles invaded Scotland in 1639 to suppress opposition. In one battle there appeared a banner amongthe troops defending the position of the National Covenant. It was a blue banner with the inscription in gold letters, “For Christ’s Crown and Covenant.” That inscription became a rallying cry for “covenanters.” To this day in most Reformed Presbyterian churches you can find a replica of that banner. The slogan aptly summed up the passion and concern of those early covenanters. They believed that Scotland had properly and solemnly covenanted as a nation with bod to serve Christ and maintain His true religion. Christ’s crown represented His kingship over individual consciences and Christian churches, but also over Christian countries. Christ is now king of kings and lord of lords and should be so honored by Christian nations.

The struggle over the National Covenant continued after King Charles I had been defeated in the British civil war and executed in 1649. His son, Charles II, was recognized as king in Scotland only after he had signed the National Covenant. But when Charles II was restored to the English throne in 1660, he repudiated the National Covenant. Over time he managed to wear down the support of many Scots for the covenant. The “covenanters” no longer were the majority of the nation, but became eventually a much smaller movement. They were cruelly persecuted during the “killing time” (1684–1688). But they continued to cling to their ideal that a Christian nation should covenant together to honor Christ as King.

The covenanting ideal in America meant that for many years the Covenanters labored to amend the American constitution to have Christ formally recognized as lord. It also meant that the Covenanters were eager to see the kingship of Christ practiced in the life of the country. One application of that principle was that in 1800 the Reformed Presbyterian Church became the second denomination in America to rule that slave owners could not be members of the church.

The Reformed Presbyterian Church continues its historic work and testimony today in many ways. It has faithful congregations where the Gospel of Christ’s grace is preached. It owns Geneva College in Beaver Falls, Pennsylvania. It calls all of us to think carefully as to how we should live out the kingship of Jesus Christ.

Dr. Godfrey is Professor of Church History and President of Westminster Seminary in Escondido, CA.