But be doers of the word, and not hearers only, deceiving yourselves. For if anyone is a hearer of the word and not a doer, he is like a man who looks intently at his natural face in a mirror. For he looks at himself and goes away and at once forgets what he was like. But the one who looks into the perfect law, the law of liberty, and perseveres, being no hearer who forgets but a doer who acts, he will be blessed in his doing. (James 1:22–25) 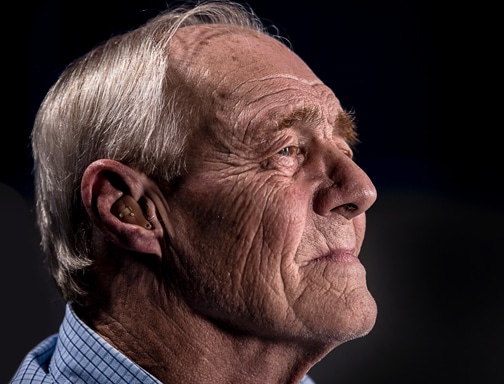 1. Mr. Blind. He is blind and thus unable to see the spots on his face in a mirror. Others see his flaws, but he cannot see them because of his spiritual blindness. He is so blind that he calls evil good and good evil. He is living in sin and is not bothered by his sinful life.

3. Mr. Self-righteous. He looks at his face in a mirror and notices some spots, but he does not do anything about his face. He is self-deceived. He deceives himself by thinking that he is good when in fact he is bad. He thinks that he is good enough to go to heaven. When corrected to change his wicked behavior, he reasons, “I don’t need to change. My neighbor does, but not me.”

5. Mr. Wise. He looks at his face, sees his spots in a mirror and cleanses his face—that is, upon noticing his sins through God’s Word, he comes to God for forgiveness in Christ. He prays with the tax collector, “God, be merciful to me, a sinner!” James says that this kind of person will be blessed (James 1:25).

Which kind of hearer are you?

Brian G. Najafour is the pastor of Dutton United Reformed Church in Caledonia, MI. He is the author of The Very Heart of Prayer: Reclaiming John Bunyan’s Spirituality (2012), Jonathan Edwards: His Doctrine of and Devotion to Prayer (2013), and Child Dedication: Considered Historically, Theologically, and Pastorally (2014). He also blogs at biblicalspiritualitypress.org