“First the Blade, Then the Ear”

This past summer I worked at a once-common job that is becoming uncommonly foreign to twenty-first-century Americans: farming. I soon found myself pushed beyond the little previous experience I had in the field (pun intended), and realized that dedicated farmers need to possess not just certain skills but a certain view of life. As I learned the various tasks of farming, from planting to transplanting to watering to weeding to harvesting, I gained a greater appreciation for the significance of the Bible’s numerous agricultural metaphors. Here are five simple truths about farming with profound implications for the Christian life. 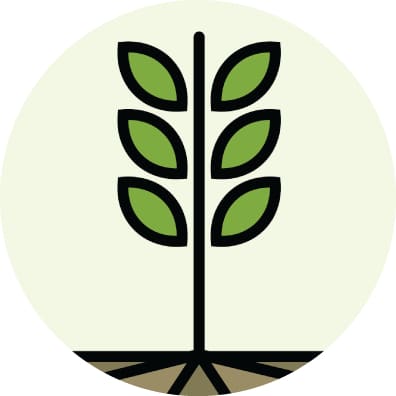 Farming Is a Post-Fall Vocation

Stand under a hot sun for a day attacking weeds or wrestling with irrigation hoses, and you will gain new insight into God’s words to Adam: “By the sweat of your face you shall eat bread, till you return to the ground” (Gen. 3:19, ESV). As a middle-class American, I have the luxury of being a few steps removed from this reality. For me, farming was one of a great array of choices for work, something to provide money to help defray the cost of living. My day’s labor in the field was not the direct source of my next meal. For the majority of the world, however, it is a day-to-day reality that if you do not grow food, you will die. And sometimes you will die trying to grow food.

While farming is a post-Fall vocation, it’s not a result of the Fall. Before Adam and Eve’s sin, we read that “the Lord God took the man and put him in the garden of Eden to work it and keep it” (Gen. 2:15). We were created to work. The Bible’s pictures of lush gardens and bountiful harvests reinforce that working the ground can be a healthy and rewarding calling. But the effects of the Fall are visible in our work. Everywhere we look, thorns and thistles cause fatigue and frustration (Gen. 3:18). The only difference with farming is that the thorns and thistles are often literal.

To give just one example, my job included inspecting the tomato crop weekly for symptoms of late blight. For the past seven years, this fungal disease has been the bane of Long Island gardeners and farmers. Generating spores from rotten, moldy blotches on tomatoes and potatoes, late blight can spread quickly enough to ruin a crop in a just a few weeks. Other than a few preventative measures of varying effectiveness, there is no cure—other than to uproot and destroy any plant that shows any sign of the disease.

Whether or not you work outdoors, signs of the curse are abundant. In such a distorted world, it is easy to respond to these signs with an indifferent shrug or the comment, “That’s just the way things are.” Christians must rebel against this mindset. To grow complacent with the effects of sin on us and the creation is to downplay the salvation and restoration that Christ brings. Rather, in our vocations and daily living we must cry out for the complete redemption and renewal that Jesus will bring when He comes again. In the familiar words of the apostle Paul, “For we know that the whole creation has been groaning together in the pains of childbirth until now. And not only the creation, but we ourselves, who have the firstfruits of the Spirit, groan inwardly as we wait eagerly for adoption as sons, the redemption of our bodies” (Rom. 8:22–23).

Pull them, mow them, smother them, spray them—weeds are incredibly difficult to get rid of. If a tomato plant grows an inch in a week, weeds can grow a foot. Left unchecked, weeds can smother a row of seedlings in a matter of days. In one of His most familiar parables Jesus uses the metaphor of weeds to warn against worldliness: “As for what was sown among thorns, this is the one who hears the word, but the cares of the world and the deceitfulness of riches choke the word, and it proves unfruitful” (Matt. 13:22). Jesus pictures the distractions of the world as deadly weeds that draw our energy away from pursuing the things of God.

Those who have followed Christ for any amount of time know that it is a daily struggle. Neglect the cultivation of your soul or the means of grace for even a few days, and you will find your spiritual walk suffering as a result. Like a fallow field or an unmulched row, your life will soon grow green with the weeds of worry and distraction. If we wish to be like Jesus, we must count the cost (Luke 14:25–33) and be willing to strive against sin even to the point of death (Heb. 12:1–4).

One of the most effective ways to fight weeds is to plant a “cover crop,” a thick planting of some benign vegetable that helps prevent sun and water from ever reaching weed seeds. This, too, is a helpful illustration for the Christian life. If we root out sin but put nothing else in its place, our fate will be like that of the man who swept his house clean but left it empty (Luke 11:24–26). Rather, we are to fill our lives with the fruit of the Spirit.

We had a dry summer. The days are long gone when “a mist was going up from the land and was watering the whole face of the ground” (Gen. 2:6). Post-Fall, crops need human intervention in order to receive enough water, often at great cost. Even the relatively small farm where I worked possessed miles of aluminum pipe and hundreds of sprinkler heads. I have no idea how many gallons of water the ground had to soak up in a single day just for the vegetables to survive.

At least field irrigation is mostly automated once you open the valves and start the diesel pump. Over in the greenhouse, the process of watering was much more laborious. For the first few weeks of my job I would often spend several hours with hose in hand, carefully watering several thousand tiny seedlings. There were entire days when all I did was water.

The time and effort involved in watering shed new light for me on Paul’s comment in 1 Corinthians 3:6: “I planted, Apollos watered, but God gave the growth.” Ministering in the church, like watering, is no quick fix. It requires regular, continuous, committed involvement, and immediate results are seldom evident. Immense patience is required in order to be a pastor, elder, or church planter. The same applies to all Christians who seek to build relationships with unsaved family or friends. Like physical soil, the ground of the human heart needs to be cultivated and watered often, and for a long time, before a harvest can be reaped.

“For Dust You Are, and to Dust You Shall Return”

One of my daily chores was to put out the compost. While the concept of composting seems healthy and nutritious, dealing with rotten vegetables, fresh manure, and fish emulsion is anything but attractive. It’s a messy, smelly job. Compost is just one part of the death and decay present throughout the process of farming, from killed-off crops to groundhogs the dogs caught. Every day I, too, am drawing nearer to the time when my body will die and decompose, eventually becoming indistinguishable from the dirt around it.

Yet it never ceases to amaze me that compost, the product of death and decay, is a source of valuable nutrition for new plants in the fields it is spread on. God’s providence in using the rotting of old plants to provide nourishment for new ones is a powerful picture of how He brings life out of death.

Similarly, in order for a seed to fall to the earth and germinate, its parent plant must first wither and die. Jesus used this fact of farming to illustrate the benefits we receive from His death: “Truly, truly, I say to you, unless a grain of wheat falls to the earth and dies, it remains alone; but if it dies, it bears much fruit” (John 12:24). Jesus’ death brings us eternal life and the “fruit of lips that acknowledge his name” (Heb. 13:15). This is vividly illustrated for us in the Lord’s Supper, in which Christ “nourishes and refreshes my soul for eternal life with his crucified body and poured-out blood” (Heidelberg Catechism Lord’s Day 28, Q&A 75). In the death and resurrection of His beloved Son, as well as in the various afflictions and trials each of us continues to face, God proves that He works all things together for good for those who love Him and are called according to His purpose.

Farming is a humbling experience. Despite the patience, endurance, and hard work that go into the process, at the end of the day farmers are not in control. They can prepare for a drought and then have a hailstorm destroy a field. They can prepare for a tomato hornworm infestation and instead face the ravages of late blight. Their harvests can run the gamut from bountiful to nonexistent.

Sometimes the opposite is true, too. Sometimes the crops that have suffered the most neglect and abuse produce the best—the strawberries that had been forgotten, the tomatoes that grew from seeds in the compost pile. In good and bad circumstances alike, God takes the credit. Without His providential care nothing would grow at all.

As Jesus said, “The kingdom of God is as if a man should scatter seed on the ground. He sleeps and rises night and day, and the seed sprouts and grows; he knows not how. The earth produces by itself, first the blade, then the ear, then the full grain in the ear” (Mark 4:26–28). The kingdom of heaven is built not by mere human effort but by the care of a gracious God who finishes the good work He begins. In the midst of a post-Fall world, overgrown with weeds, parched for water, and painfully aware of death’s presence, believers look forward with certainty to the vision of the river of living water and the tree of life whose leaves bring healing to the nations (Rev. 22:1–5). Christians who diligently cultivate their walk with Christ will “still bear fruit in old age; they are ever full of sap and green, to declare that the Lord is upright; he is my rock, and there is no unrighteousness in him” (Ps. 92:14–15).

Let heaven and earth be glad; waves of the ocean, Forest and field, exultation express; For God is coming, the Judge of the nations, Coming to judge in His righteousness.