In his epistle to the church in first-century Colossae, the apostle Paul expressed his thanksgiving for the faith that the Colossians had in Jesus Christ and for the love which they had for one another. Faith and love are the two indispensable elements found in the heart of every true Christian. But they only stand at the beginning point of the Christian life! 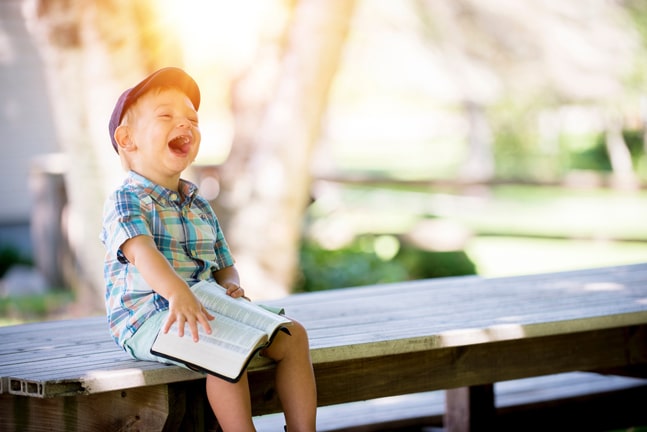 That is why Paul immediately went on to say that he prayed for the Colossians that they would be “increasing in the knowledge of God” (Colossians 1:10). The Greek noun that Paul used — the word epignosis, translated “knowledge” — refers to a knowledge that is true, correct, and precise. Clearly, the will of God for all Christians— for all of us who trust in Christ for salvation and who love our brothers and sisters in the faith—is that we advance in our understanding of who God really is and what He is really like.

Theologians who spend their lives in the study of the Scripture can help us to understand more clearly the teaching of the Bible on the nature of God. One of the great teachers of the church was Henry Bullinger, the sixteenth-century Zurich Reformed theologian. In the Second Helvetic Confession which Bullinger published in 1566—one of the great confessions of the Reformation period that was written by just one individual—we find a biblically-faithful testimony as to what God is like. Bullinger declared, “We believe and teach that God is one in essence or nature, subsisting by himself, all-sufficient in himself, invisible, without a body, infinite, eternal, the Creator of all things both visible and invisible, the chief good, living, quickening and preserving all things, almighty and supremely wise, gentle or merciful, just and true” (Chapter III).

This indeed is what God is like according to the biblical revelation. But there is more to the witness of Scripture. It is a fundamental truth in the teaching of Paul that God is to be found in the person of Jesus Christ: “In Him all the fullness of Deity dwells in bodily form” (Colossians 2:9). The apostle sets forth this conception as to incarnation of the divine nature in the midst of an epistle dealing with an ancient heretical movement that entailed the worship of angels along with a corresponding depreciation of the preeminence of Christ (Colossians 2:18).

Thus, the apostle had to stress that Christ was the creator of all things, including the angels! It was the Son of God who created everything that exists, “both in the heavens and on earth, visible and invisible, whether thrones or dominions or rulers or authorities” (Colossians 1:16).

Here Paul affirms that every being in the angelic hierarchy of greater or lesser thrones—and their corresponding dominion, rulership, and authority—was actually created by Christ (the very divine person whom the Colossians were losing interest in)!

It is Christ the creator who in reality is the chief good—what the medieval theologians called the summun bonum, the One in whom our happiness is to be found. Paul can say that “all things have been created” not only “through him,” but also “for him” (Colossians 1:16).

It is obvious from this that Paul would contend that we humans should not expect to find our ultimate happiness in the accumulation of wealth, the acquiring of a famous name, or in the attainment of political power. We have been created, the apostle declares, “for Him.”

The nature of reality is such that only Christ Himself can satisfy the longings of the human heart. This Pauline declaration was rooted, of course, in the Old Testament Scripture. In the Abrahamic covenant, the Lord informed Abraham as to where he would find the real purpose for living: “I am a shield to you; your very great reward” (Genesis 15:1).

Herman Witsius, the great Dutch Reformed theologian of the seven-teenth century, aptly remarked that when God “gives himself to man, he gives him all things” (The Economy of the Covenants between God and Man, I.293).

In light of the fact that God the Christ is everything for us (the One in whom we find eternal life and delight), let us remember the exhortation with which the apostle John concluded his first epistle: “Little children, guard yourselves from idols” (1 John 5:21). Surely, this is true wisdom, to keep ourselves from vain attachments and to hold to him for whom we were made.