Have you ever noticed a change in your church’s youth group right after attending a Reformed Youth Services (RYS) convention or participating in a Reformed Mission Services trip? In addition to gushing with enthusiasm for their favorite memories of the week or the countless new friends they made, there’s often a euphoria that’s harder to put into words. Many times I came home from a retreat or mission trip refreshed simply by realizing the existence of hundreds or even thousands of like-minded young believers. It is one thing to know and profess that the church is united, though “spread and dispersed over the whole world” (Belgic Confession Art. 27); it is another thing altogether to catch a glimpse of that real unity at a particular time and place. 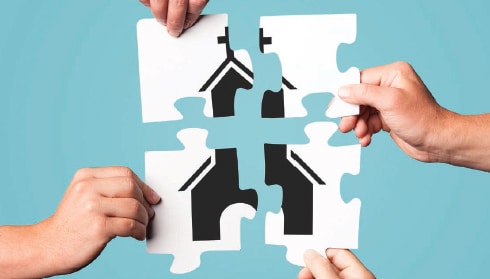 I experienced this same sort of enthusiasm in an even bigger way during the 2016 Reformed Presbyterian International Conference, held July 23–29 in Marion, Indiana. Attending the conference as a representative of my college choir, I witnessed the fellowship of about two thousand Christians comprising about 25 percent of the Reformed Presbyterian Church of North America for a week of teaching, worship, and fellowship. The conference has been held every four years for nearly a century, and it has become a fixture of church life for many in the RPCNA.

Attending the RP conference as a URCNA member was a particularly interesting experience for me. Although I’ve grown somewhat familiar with the RPCNA through my time at Geneva, its denominational college, I came away from the convention impressed at the real extent of our churches’ similarities: a commitment to a solidly Reformed world and life view, an almost incomprehensible family tree as well as increasing diversity, and vibrant church plants and mission efforts both at home and abroad. In terms of ecclesiastical closeness, the RPCNA and URCNA aren’t just sisters, they’re practically twins.

The downside of conferences like this one is that the sublime glimpses of true unity across the visible church quickly fade into the mundane routine of worship in a local congregation. Whether it’s the afterglow of a denominational conference or a smaller event like RYS, our sense of connection to the broader body of Christ is easily lost. So how can we cultivate and preserve a lasting sense of unity between Reformed churches in the twenty-first century? I’d like to explore this question from a layman’s perspective in two ways, first by noting three false perceptions of unity and then by observing three steps toward true unity on denominational, congregational, and local levels.

You’ve probably heard the aphorism, “If you’re not Dutch, you’re not much.” While this false view of unity has often been caricatured, it is easy for churches and individuals to continue honoring this insidious lie. The presence of distinct “in crowds” and “out crowds” in a church indicates a seriously distorted view of unity, one that will ultimately kill a local congregation.

A similar kind of false unity can arise from a misplaced sense of denominational pride. Many of us know of churches that have become distracted from the real goal by being caught up in the glow of being one particular denomination—yes, even being Reformed. Such pride tends to result in blindness to one’s faults and an inability to see the real destination of the church: not of becoming the best example of a particular denomination, but of becoming like Jesus.

A few of my acquaintances in Reformed and Presbyterian circles have expressed serious concerns about the doctrinal faithfulness of the United Reformed Churches in North America. Probing deeper, I discovered that they had confused the URCNA with one of the large liberal affiliations of churches that also have the word united in their names. Indeed, while it is untrue of the URCNA, many groups of churches that have banded together are united merely in the abandonment of the truth. Under phrases like “coexist” or “doctrine divides,” such groups have become reduced to the least common denominator, often fulfilling a role closer to that of a social club than anything else. These churches may be united, but not necessarily united in the truth. Their congregations may be historic or significant for other or cultural reasons, but they will lack loyalty to Jesus Christ as the only Head of the church (Belgic Confession Art. 29).

3. False unity develops from an insistence on identical doctrine.

While most readers would probably utter a hearty “Amen” to the previous point, the third kind of false unity may strike a little closer to home. Especially in the Reformed tradition, individuals or churches sometimes create their own arbitrary standards of doctrine that others must meet in order to share fellowship. Sadly, there are many congregations that have fallen into this trap. Demanding absolute conformity to nonessential matters tends to set the church on a path of repeating schisms and fractures rather than steady growth in unity.

But what about the value of a creedal, confessional Reformed church? The creeds and confessions serve a dual purpose: they not only set the church’s standards for doctrine and life but also set the allowable margin for differences of conviction within the church. The doctrinal standards and church order guard us from false teaching, but by their silence on certain issues they allow for a spectrum of opinion on the nonessentials. Christian school or homeschooling? Quarterly, monthly, or weekly communion? These are important debates for the church to have, but the absence of a confessional position on these matters shows that the discussion should occur within the walls of the church in a spirit of mutual edification, not used as grounds for judging the maturity or validity of fellow believers’ faith.

Having pointed out three false paths to unity, let me conclude with three steps toward vibrant, true unity within and across denominations.

In contrast to the self-sufficient pride mentioned earlier, developing true unity in the church begins with an awareness of our equal unworthiness before God. As Paul challenged the schismatic church at Corinth, “What do you have that you did not receive? If then you received it, why do you boast as if you did not receive it?” (1 Cor. 4:7 ESV). The greatest attributes a denomination can possess—a commitment to the truth, a vibrant multigenerational presence, and so on—each comes from God alone. When we recognize this, we will be both thankful for what we have received and eager to share it with others.

Unity will grow as well when we realize that each church plays a tiny, tiny part in the grand scope of God’s redemption plan. For most of us, that includes being grafted as Gentiles into the true Israel, as Paul describes in Romans 11. Again, this is cause for great humility as we recognize the grace and mercy of God in giving us a place with those who fear his name (Ps. 61).

Throughout history, the times of strongest persecution against the church have often also been the times when it enjoys the most health and vitality. Again, the Belgic Confession describes the state of the church in the world this way: “And this holy Church is preserved or supported by God against the rage of the whole world; though it sometimes for a while appears very small, and in the eyes of men to be reduced to nothing; as during the perilous reign of Ahab the Lord reserved unto Him seven thousand men who had not bowed their knees to Baal” (Art. 27).

Persecution can lead to greater unity in at least two ways. First, it has the effect of separating the true church from the false church. As Christianity becomes an object of shame and scorn to our culture, churches that exist for merely historical reasons will slowly fade away—a regression already visible across the globe. Second, persecution has the effect of drawing the true church closer together as different parts of the body rely on each other for support. In some cases, the nonessential issues that formerly divided us will seem insignificant compared with the challenges the church as a whole will face. While such an outlook may seem pessimistic, times of persecution can be unmatched opportunities for the members of churches and denominations to grow closer together.

3. True unity grows from a willingness to learn from each other.

Ultimately, true unity rises from an awareness that we can benefit from each other’s perspectives from different parts of the family of God. Insofar as we all confess the Bible to be infallible and authoritative, there are many aspects of our polity, worship, and church life that can be sharpened by our contact with other denominations. As one of the attendees at the Reformed Presbyterian International Conference put it, this unity just begins with recognizing that we can learn from each other. Perhaps RPCNA ministers and members would benefit from experiencing the URCNA’s strong tradition of catechetical preaching or its church planting practices. Conversely, URCNA members would likely be refreshed by the RPCNA’s commitment to Christian higher education, its extensive foreign mission efforts, and fellowship events like its international conference.

Although synodical decisions are helpful in establishing closer ecumenical relations with another denomination, these steps toward further unity must be reflected on a local level. The possibilities are endless and often very practical: In West Sayville, my home church invited local OPC congregations to join with us for three nights of learning songs from the new Trinity Psalter Hymnal this summer. Similarly, the NAPARC member churches in the Pittsburgh area meet each fall for a joint evening worship service. Traditions like these are just a few of the many ways to build familiarity and, perhaps, unity with other denominations.

The challenge to pursue unity is one that the church has wrestled with since apostolic times. In our callings to be faithful members of local congregations, we typically have few opportunities to glimpse the broader scope of the body of Christ. Often, too, there are significant differences in tradition, heritage, or location that impair churches’ efforts for further fellowship. Yet as we vigorously contend for the truth of God’s Word, we will find ourselves encouraged in the battle as we fight together.

Michael Kearney is a member of the West Sayville URC on Long Island, NY, and studies communication and music at Geneva College in Beaver Falls, PA. He welcomes your thoughts at mrkearney@optonline.net.