We would go a long way in finding an answer if we recognized that this question doesn’t necessarily surface for reasons of ignorance. In other words, the question isn’t always asked because more Reformed data is needed. Sometimes the person who asks “What does it mean to be Reformed,” is actually asking, “How are we to live as Reformed believers?” Therefore, memorizing the Lord’s Days doesn’t go all the way to answer the question. Knowing the history behind the Belgic Confession is not going to make you Reformed. Nor is identifying the five petals of T.U.L.I.P. Being Reformed is knowing and living. It seems to me then, how we answer the “how” question of being Reformed is the real question of our day. We begin to answer that when we look at the function of our confessions.

We must admit that a generation has grown up that is simply ignorant of the knowable and quotable aspects of the Reformed faith. The Reformed faith is objective; it is confessional. It is knowable. We recognize this when, during profession of faith, the individual is asked, “First: Do you heartily believe the doctrine contained in the Old and the New Testament, and in the articles of the Christian faith, and taught in this Christina church…” Thus, the fight that many of us grew up in involved getting people to see the need to simply know the Reformed faith. Thankfully, the battle is shifting from this front. Our children are being catechized. Congregations are hearing the Word faithfully proclaimed. But just because the battle is shifting, we shouldn’t think that it is over.

Another front is forming. It is a front on which we are going to have to do some real soul searching again. It all develops around this question: “How are we supposed to live with what we know?”

You don’t need to have 20/20 vision to notice the peaks and valleys of our history. It seems as though there is a constant ebb and flow of extremism, i.e. going from liberalism to conservatism back to liberalism and back again to conservatism ad infinity. Why is that? The story goes something like this: Liberalism says that conservatism is too cerebral and not in touch with the intangibles of the Christian’s experience. The conservative element reacts and steers away from the happy-clappy-cliff of destruction and settles for simply not being liberal. The choices become heart or head.

Precisely because neither of these satisfy as entities unto themselves, we might begin referring to the said groups as “ping” and “pong.” The Church gets drunk on the elixir of reaction and then tries to do its work. We need a better approach to how we view being Reformed. That means, we need to rediscover how our confessions operate among us.

In my neighborhood we have a community playground where the children go to play. Around this playground is a nice white fence. Among other things, this fence protects the children so that they are free to play. I doubt that many of the children give the fence a second thought. And yet, they show their appreciation for the fence every time they play in the freedom provided by the fence. Now, lest you think I’m watching This Old House when I should be working, let me try to bring this full circle. 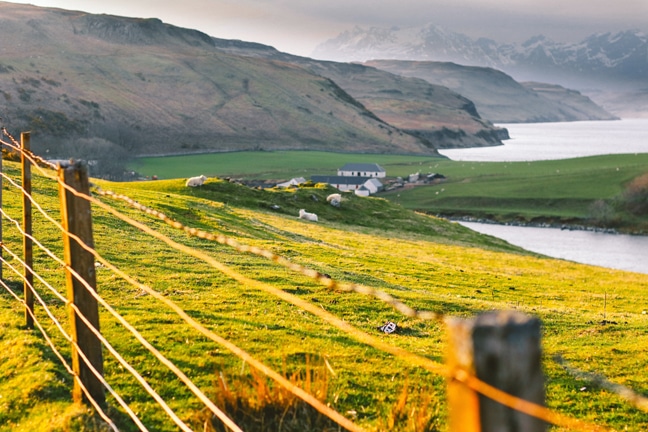 We need to live in the Church just like the little children who don’t give the fence a second thought. Now some might say that this is an anti-confessional statement. I beg to differ. In my silly illustration the children at the playground do not give the fence a second thought precisely because it is in tact, because it is strong and sturdy. When the leadership does it’s job and makes sure the fence is well-built, the proper response is to play. And that is where the new front is forming. Will we not only take delight but also promote delight in living with what we know in the life of our congregations? Can we enjoy being surrounded by our confessions?

The confessions give us a wonderful playground in which we can think and exchange ideas that are not confessional. Perhaps a better word than playground at this point would be pasture. We have a pastureland that is protected by the confessions. Do we see this though? Here is where the eldership needs to be engaged in pastorally turning the sheep from defining themselves as fence gazers to being pasture grazers. The burden for this is all due to the fact that it is in this pasture where we as consistories may seek to find a better way. A better way for what?

Let’s take the Lord’s Day for a non-controversial subject. Is there a better way for observing the Lord’s Day that promotes delight in our congregations and homes?

Now I’m not talking about a better way to define justification. I’m talking about a better way to live within the objective truths of what we confess. I don’t have an answer to the question I just raised. My only point is to show that within the fence of our confessions we can legitimately ask this kind of question. We can ask this question and more, not as liberals, and not as conservatives but as Reformed believers who want to live in the freedom of the confessions. We are permitted to look for better, more God glorifying ways of manifesting our Reformed heritage.

For too long people have been laughing and mocking our heritage saying, as it were, that the “R” of Reformed stands for “Ruts.” This isn’t too far off when the rules of engagement have been determined by the standards of fifty years ago. “Let’s go back to the way things were fifty years ago” was a common theme I heard growing up. But being Reformed means so much more than this because of how we can live within our confessions. We will only see this when we begin to understand how the confessions need to operate as a fence, a fence that protects and promotes our glorious freedom as the sons and daughters of Christ.

Reformed stands for “Ruts.” This isn’t too far off when the rules of engagement have been determined by the standards of fifty years ago. “Let’s go back to the way things were fifty years ago” was a common theme I heard growing up. But being Reformed means so much more than this because of how we can live within our confessions. We will only see this when we begin to understand how the confessions need to operate as a fence, a fence that protects and promotes our glorious freedom as the sons and daughters of Christ.

Many have settled for not being liberal. That is all the confessions end up meaning. That is their sole function. Determine right from wrong. Life in the Reformed community then becomes a life of the litmus test. To be sure we need this, but as we grow, we need more than this. It is in defining the “more than” where the discussion now needs to turn. And that is what makes being Reformed so exciting. The freedom to talk. The freedom to think. The freedom to graze in the pasturelands that have a glorious fence which protects and promotes this very activity. So mark this up as the 102nd article on “Being Reformed” and let the grazing begin.

Rev. Wm. Jason Tuinstra is the Pastor of the Community Reformed Bible Church of Highland, Indiana.