Eternal life is promised to us, but it is promised to the dead; we are told of the resurrection of the blessed, but meantime we are involved in corruption; we are declared to be just, and sin dwells within us; we hear that we are blessed, but meantime we are overwhelmed by untold miseries…Faith is therefore rightly called the substance of things which are still the objects of hope.

These words of John Calvin in commenting on Hebrews 11:1 were not just theological abstractions for him, but reflected the struggles of his own faith.

Calvin, despite great successes in ministry, faced great emotionai and spiritual sorrows in his life. His wife died after only a few years of marriage, and their only child died in infancy. His stepdaughter was guilty of adultery. Christians were martyred for the gospel he preached, and some friends apostatized. He expressed his care for the persecuted in pastoral letters and in these words which were part of the weekly public prayers of the church of Geneva:

[For those] who have either been cast into prison or are oppressed by the enemies of the gospel in any other way, that you would deign, O most indulgent Father, to support them by the strength of Your Spirit, so that they may never become despondent, but constantly persevere in Your holy calling; that You may be pleased to stretch out Your hand to them, as You know to be best for them, to console them in their adversity, and taking them under Your protection, defend them from the ravening of wolves; finally, load them with all the gifts of Your Spirit, that their life and death may alike tend to Your glory. 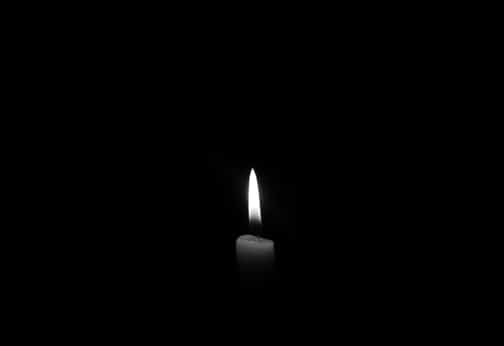 Calvin’s later years were marked by growing bodily afflictions. In spite of his weakness he kept up a remarkable schedule of preaching, lecturing and dictating until within a few months of his death on May 27, 1564. His friends urged him to rest more when he was sick, but to that advice he responded: “What, would you have the Lord to find me idle?”

In his will, dictated just a month before his death, he summarized his life and the gospels he preached:

I give thanks to God, that taking mercy on me, whom He had created and placed in this world, He not only delivered me out of the deep darkness of idolatry in which I was plunged, that He might bring me into the light of His gospel, and make me a partaker in the doctrine of salvation, of which I was most unworthy; and not only, with the same mercy and benignity, kindly and graciously bore with my faults and my sins, for which, however, I deserved to be rejected by Him and exterminated, but also vouch-safed me such clemency and kindness that He has deigned to use my assistance in preaching and promulgating the truth of His gospel I have no other defense or refuge for salvation than His gratuitous adoption, on which alone my salvation depends. With my whole soul I embrace the mercy which He has exercised towards me through Jesus Christ, atoning for my sins with the merits of His death and passion, that in this way He might satisfy for all my crimes and faults, and blot them from His remembrance.

On May 11, Calvin, knowing that his death was near, wrote one of his last letters to his old friend, William Farel: “I draw my breath with difficulty, and am daily waiting till I altogether cease to breathe. It is enough that to Christ I live and die; to His people He is gain in life and in death.”

At the heart of Calvin’s faith was the confidence that for the sake of Jesus, God was his loving heavenly Father. But that confidence had to surmount the temptations and sins, the frustrations and losses, the weakness and death that made up so much of his life. He knew that his struggles were the very ones that all God’s children faced: “… the godly heart feels in itself a division because it is partly imbued with sweetness from its recognition of divine goodness, partly grieves in bitterness from an awareness of its calamity; partly rests upon the promises of the Gospel, partly trembles at the evidence of its own iniquity; partly rejoices at the expectation of life; partly shudders at death” (Institutes, IILII.18). But faith overcomes that division. With great assurance Calvin declared: “For the end of the conflict is always this: that faith ultimately triumphs over those difficulties which besiege and seem to imperil it.”

Dr. Godfrey, president and professor of church history at Westminster Theological Seminary in Escondido, CA, is a contributing editor of this magazine. (This article is reprinted from Table Talk, October, 1995, Ligonier Ministries, with permission.)