Faith and Fruit in a Post-Christian World: Hospitality

One of the fascinating tidbits in the historical archives of my home church is a property map of the village of West Sayville, Long Island, dating from the year 1927. The recurring surnames of the property owners tell a story: Dykstra, Van Essendelft, Verbeke, Van Wyen. 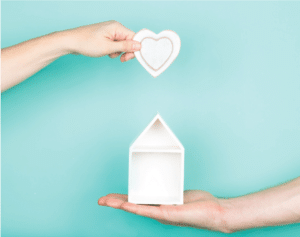 In the 1960s, the three-hundred-member West Sayville Christian Reformed Church divided its elder districts based on which street each family lived on. One of the five elders, in addition to serving a few West Sayville streets, was also assigned to any members in “outlying districts.” There weren’t many.

Today, one of the last relics of West Sayville’s once-thriving Dutch community is a five-hundred-member Facebook group. Old Long Island transplants scattered across the United States join newcomers curious about West Sayville in sharing photos, genealogies, and stories from this historic hamlet. West Sayville’s social media presence celebrates a bygone slice of small-town America. But its sense of community—now virtual rather than physical—also offers a rueful lament over “the way things used to be.”

Truth is, most of the residents of West Sayville today are total strangers to each other. And that street-level change that came to Long Island is also knocking on doors across the country, the continent, and the world. If the families on your block still hold basic religious and political beliefs in common, attend the same handful of churches, send their children to the same schools, and work in the same industry, you are no longer an average American. You are a rarity.1

Last year, my columns in The Outlook focused on the mounting challenges of Christian higher education in the twenty-first century. But higher education merely offers a single case study of a broader societal shift that threatens the notion of Christian community at every level. We have entered a cultural crisis in which we’re surer than ever about our political views and less certain than ever about why they matter. We have instantaneous access to hundreds of social media “friends,” yet we don’t know the names of our next-door neighbors. We groan about how desperately we need a vacation and ignore how desperately we need Sabbath rest. Ours is no longer a culture in which church steeples dot village vistas and family strife centers on affiliating with the Dutch Reformed instead of the Christian Reformed. We are in a new world. And we, the Christians, are the strangers in it.

What went wrong? Was it the ravages of a hedonistic culture, enslaved to Satan and bent on destroying Christ’s church? Was it the inevitable forward march of science and technology, isolating us from one another via the very devices we created to afford more connection? Or was it our own complacency and comfort as Christians that narrowed our visions and allowed our eyelids to droop?

These are questions for historians of future generations to answer. But for now, as Reformed Christians living in the midst of a crooked and confused generation, time is too precious for us to reflect on how our culture could have turned out differently. Rather, our responsibility as followers of Christ is to consider what faithfulness should look like now.

This is the theme that guides Rosaria Butterfield’s recent book The Gospel Comes with a House Key (Crossway, 2018). And Butterfield, a Reformed author and pastor’s wife, backs up her intriguing title with a provocative punch: Practicing Radically Ordinary Hospitality in Our Post-Christian World.

“Post-Christian”? Isn’t that raising the white flag of surrender? Not quite. Butterfield acknowledges that the powers of secularism have already carried the day in American culture. But hers is no call for retreat. Unlike the reminiscences of the West Sayville Facebook group, Butterfield’s book is no lament for an erstwhile ideal of front-porch fellowship. Nor does she mount a new Christian offensive in the increasingly embroiled culture wars of the twenty-first century. Rather, as believers discover that their homes now lie in hostile territory, Butterfield shares a plan for strategic hospitality filled with the conquering power of humble, Christ-honoring wisdom.

Butterfield’s sketch of hospitality is warm and cordial, like a familiar friend you’ve invited for dinner. But her gospel-centered argument isn’t content with a polite visit on the first floor. Instead, the book invites itself upstairs, pressing into spiritual territory that feels uncomfortable, vulnerable, even violating. True Christian hospitality can be messy, thankless, even dangerous business, and The Gospel Comes with a House Key prods painfully at our natural complacency. What the book employs to shoo us out of our comfort zones, however, is nothing else than the gentle and glorious Reformed truths of unconditional election, salvation by grace alone, and union with Christ. Ultimately, Butterfield’s uncomfortable observations about Christian hospitality, which I’ll summarize in five broad statements, bring us to the feet of the perfectly hospitable Savior.

Hospitality Is about the Home

The word hospitality conjures up my childhood memories of church fellowship dinners—a row of sagging tables freighted with ham buns, casseroles, molded salads, and (near Christmastime) olie bollen. Indeed, many churches use the term “hospitality” to refer to their ministry to visitors on Sunday mornings.2 While welcoming newcomers to worship certainly represents one aspect of gospel hospitality, Butterfield reminds us that church functions should never stand in for the basic domain of hospitality: the home.

The home is crucial in a post-Christian world. Our culture’s image of “family” grows more fragile by the year. To an unbelieving neighbor, your home might provide the first-ever encounter of a husband and wife who honor rather than abuse one another, of children who obey rather than rebel, or of a lifestyle that serves Christ rather than work or pleasure. That was certainly the case for Butterfield, whose visits to the home of a Reformed Presbyterian family ultimately transformed her from militant LBGTQ activist to awestruck convert.3 Spirit-filled, gospel-centered homes are a powerful and persuasive foretaste of the kingdom of God.

Hospitality Is about Strangers

A pleasant Sunday dinner at home with friends from church may be wonderful fellowship, but it is not hospitality. Fellowship and hospitality are equally commendable Christian practices, yet they are very different.4 The biblical term we translate as “hospitality” is the Greek word philoxenia—love for strangers (Heb. 13:2). As Rev. Bill Boekestein observes, biblical hospitality focuses on those outside the covenant.5 As such, hospitality is about strange, messy, and broken people who need the love of Christ. Its relationship to the word hospital is no coincidence.

This is a hard truth to swallow, especially when the recipients of our hospitality view us not merely as strangers but as enemies. Would you have the courage to invite an LGBTQ activist for dinner? This kind of question tests the genuineness of our evangelistic zeal. But such hospitality pictures Christ’s own promise of breaking down dividing walls to include even the most vicious of enemies in the covenant of grace (Eph. 2:14–17). Biblical hospitality commands, “When you give a dinner or a banquet, do not invite your friends or your brothers or your relatives or your rich neighbors . . . [but] invite the poor, the crippled, the lame, the blind.” That’s not just Butterfield’s advice. That’s Jesus’ advice (Luke 14:12–14).

Hospitality Is about Spiritual and Physical Poverty

Butterfield doesn’t describe the town where I grew up attending church, but she does describe the town where I currently live: Wilkinsburg, Pennsylvania—a Pittsburgh suburb plagued by a history of crime, gang violence, and urban blight. It’s hard to describe the full contrast between West Sayville’s pristine bayfront properties and Wilkinsburg’s acres of broken glass and crumbling roofs. But a Christian perspective on hospitality recognizes that poverty is everywhere—in West Sayville and Wilkinsburg alike. The only difference is that Long Island affluence can more effectively conceal the brokenness inside.

Butterfield tells of individuals and families I am honored to know who moved into Wilkinsburg, gunshots notwithstanding, to offer Christian hospitality.6 The Lord doesn’t call every family to such radical action; the streets of West Sayville need Christian families just as much as the streets of Wilkinsburg. But the obligation is the same: to recognize and minister to the spiritual and physical needs of the community in which we live. What can give hope in both communities is the continuing presence of faithful Reformed churches in Wilkinsburg and West Sayville alike whose members dedicate themselves to practicing Christian hospitality.

Hospitality Is about Halfway Houses

Recently I interviewed Ken Smith, the Reformed Presbyterian pastor whom the Lord used to draw Rosaria Butterfield to faith.7 Smith articulates the same principles of biblical hospitality that Butterfield offers, but he focuses specifically on hospitality as a “halfway house” for unbelievers between the world and the church. In a post-Christian culture, Smith suggests a paradigm shift. Rather than inviting friends to our home and strangers to our church, what would happen if we invited strangers to our home—and, after forging friendships, then to church? The seeker-sensitive model of church growth compromises Reformed principles of worship while seeking to bridge an ever-widening gap between Christianity and the culture. Biblical hospitality can offer a far better model.

Hospitality Is about Us

The ultimate model of biblical hospitality, of course, is Jesus Christ himself, and we are its ultimate recipients. We were by nature strangers to the covenant, without home or hope (Eph. 2:12). And it is because Christ has redeemed, ransomed, and welcomed us into the family of God that we can turn in gratitude to extend that same merciful hospitality to others.8 Freely, we have received; freely, we give (Matt. 10:8).

Today, Dutch surnames are a minority at the former West Sayville CRC, now West Sayville Reformed Bible Church. And there’s no escaping the tremendous loss this represents for the neighborhood: the disappearance of a multigenerational community of faith that lived, worked, and worshiped on the very same streets. But this change, itself, also testifies to the Lord’s goodness. For he continues to welcome people into his church, young and old, new converts and seasoned believers—broken sinners of all stripes who come to take refuge in the house of the Lord, through the witness of believers who practice ordinary Christian hospitality. And, as Butterfield notes, “this is what radically ordinary hospitality accomplishes in the Lord’s grace. It meets people as strangers and makes them neighbors; it meets neighbors and make[s] them family.”9

Mr. Michael R. Kearney is a graduate student and research assistant in the Department of Communication and Rhetorical Studies at Duquesne University in Pittsburgh. He is a member of Covenant Fellowship Reformed Presbyterian Church (RPCNA) in Wilkinsburg, PA.