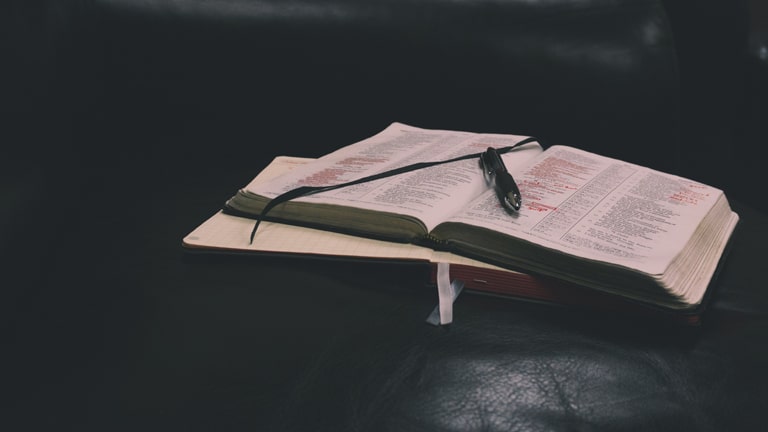 This is striking language. Not only did Synod recognize as an error the implicit or explicit denial of the “commandment of life,” but Synod also rejected as an error any confusion of the principles between the prelapsarian and postlapsarian states. The second point is closely related to the first and every bit as important if not more important.

9. Does not God then do injustice to man by requiring ofhim in His Law that which he cannot perform?

No, for God so made man that he could perform it, but man, through the instigation of the devil, by willful disobedience deprived himself and all his posterity of those divine gifts.

We were made to “perform” the law. Because we were created to perform the law, and the law is just, the obligation continues even after the fall. At issue here is the divine justice. Those who would elide the difference between the commandment of life and the covenant of grace would also fail to account for the necessity of satisfying justice. Grace does not have to be satisfied, but justice does. The “commandment of life” was about “wages” (Romans 4:4). The covenant of grace is about unmerited favor.

Also at stake here is the nature of grace and the gospel. Those who confuse or conflate the covenants of works and grace also confuse the law with the gospel. Grace, in its nature, is free, unconditional, and undeserved. The revisionists want to make the pre-fall and post-fall covenants partly legal and partly gracious. Of course, for sinners, a partly legal post-fall covenant is not good news.In this point Synod recognized that there are two fundamental principles by which human beings relate to God: law and gospel. Zacharias Ursinus (1534–83), the primary author of our Heidelberg Catechism and the authorized (by Frederick III, the Elector Palatinate who commissioned the catechism) expositor of it in the sixteenth century, explained the difference this way:

Q.36 What distinguishes law and gospel?

A:  The law contains a covenant of nature begun by God with men in creation, that is, it is a natural sign to men, and it requires of us perfect obedience toward God. It promises eternal life to those keeping it, and threatens eternal punishment to those not keeping it. In fact, the gospel contains a covenant of grace, that is, one known not at all under nature. This covenant declares to us fulfillment of its righteousness in Christ, which the law requires, and our restoration through Christ’s Spirit. To those who believe in him, it freely promises eternal life for Christ’s sake (Larger Catechism, Q. 36).1

The other primary author and editor of our catechism, Caspar Olevianus (1536–87) said, For this reason the distinction between law and Gospel is retained. The law does not promise freely, but under the condition that you keep it completely.  And if someoneshould transgress it once, the law or legal covenant does not have the promise of the remission of sins. On the other hand, the Gospel promises freely the remission of sins and life, not if we keep the law, but for the sake of the Son of God, through faith.2

We divide this Word into two principal parts or kinds: the one is called the “Law,” the other the “Gospel.” For all the rest can be gathered under the one or other of these two headings… Ignorance of this distinction between Law and Gospel is one of the principal sources of the abuses which corrupted and still corrupt Christianity.3

Though, tragically, many Reformed folk have come to think of this distinction as Lutheran, nothing could be further from the truth. Our Reformed theologians and churches were, until the modern period, every bit as committed to this distinction as were the Lutherans. None of these writers was confessionally or ecclesiastically Lutheran.

For much of the period before the Reformation the church read Scripture as if it were all law. The medieval church and Rome today distinguishes between the “old law” (Moses) and the “new law” (Christ), but it’s all law. According to the medieval theologians and the Roman communion, “Do and live” is law and “For God so loved the world” is also law. For Rome, thelaw is the gospel and the gospel is the law. So it is for the covenant moralists in the current controversy.

What does the divine law teach?

The sort of covenant which God began with man, in creation; by which man should have carried himself in serving God; and what God would require from him after beginning with him a new covenant of grace; that is, how and for what [end] man was created  by God; and to what state he might be restored; and by which  covenant one who has been reconciled to God ought to arrange his life.4

In the covenant of works there was no mediator: in that of grace, there is the mediator, Christ Jesus…. In the covenant of works, the condition of perfect obedience was required, to be performed by man himself, who had consented to it. In that of grace, the same condition is proposed, as to be, or as already performed by a mediator. And this substitutionof the person, consists the principal and essential difference of the covenants.5

Like Ursinus in the sixteenth century and Witsius in the seven teenth century, under this heading, Synod said that the distinction between law and gospel, as two principles of righteousness with God, is a basic, nonnegotiable distinction. It is not some boutique idea but as basic to being Re formed as air is to human being.

What is at stake in the second point is the gospel. Is the gospel “Christ was born under the law,” “for God so loved the world,” “I will give you rest,” “And to the one who does not work but trusts him who justifies the ungodly, his faith is counted as righteousness,” “For while we were still weak, at the right time Christ died for the ungodly” or is it, “If you do your part, I will meet you half way”? This is exactly what is being offered by the Federal Vision. According to the covenant theology of the FV, we are said to “get in by grace” and to “stay in by works” or “stay in by grace and cooperation with grace.”

This is why Synod said, “in any way and for any reason.” Just as when we drive on the road there are boundaries that we may not cross (lines and barriers) so in our theological discourse there are limits on what Reformed ministers, elders, and members can say and remain in good standing. If we are to remain Reformed then there are fixed boundaries that must be respected. This is no light matter. The doctrine of justification is of the “standing or falling of the church.”1

5. Herman Witsius, The Economy of the Covenants Between God and Man, trans. William Crookshank, 2 vol. (Phillipsburg: Presbyterian and Reformed Publishing, 1990), 1.49.

Dr. R. Scott Clark is an Associate Professor of Historical and Systematic Theology at Westminster Seminary in Escondido, California.

Synod affirms that the Scriptures and confessions teach the doctrine of justification by grace alone, through faith alone and that nothing that is taught under the rubric of covenant theology in our churches may contradict this fundamental doctrine. Therefore Synod rejects the errors of those:

1. who deny or modify the teaching that “God created man good and after His own image, that is, in true righteousness and holiness,” able to perform “the commandment of life” as the representative of mankind (HC 6, 9; BC 14);

5. who teach that a person can be historically, conditionally elect, regenerated, savingly united to Christ, justified, and adopted by virtue of participation in the outward administration of the covenant of grace but may lose these benefits through lack of covenantal faithfulness (CD, I, V);

7. who teach that Spirit-wrought sanctity, human works, or cooperation with grace is any part either of the ground of our righteousness before God or any part of faith, that is, the “instrument by which we embrace Christ, our righteousness” (BC 22-24; HC 21, 60, 86);

8. who define faith, in the act of justification, as being anything more than “leaning and resting on the sole obedience of Christ crucified” or “a certain knowledge” of and “a hearty trust” in Christ and His obedience and death for the elect (BC 23; HC 21);

9. who teach that there is a separate and final justification grounded partly upon righteousness or sanctity inherent in the Christian (HC 52; BC 37).