One aspect of the FV revision of Reformed theology is their rejection of the category or idea of “merit.” Of course the Reformed churches deny that sinners can merit anything before God (e.g. Belgic Confession Art. 23; Heidelberg Catechism Q. 60). This denial is in sharp contrast to the Roman communion that teaches two kinds or two aspects of merit. When the work of the Spirit within the sinner is in view they speak of “condign merit.” This merit is said to meet the standards of justice so that God is obligated to receive it. When our cooperation or work is in view they speak of “congruent merit,” whereby, they said, God accepts our best efforts toward justification and imputes perfection to them. In the late medieval period some theologians even said that, “To those who do what is in themselves, God does not deny grace.” 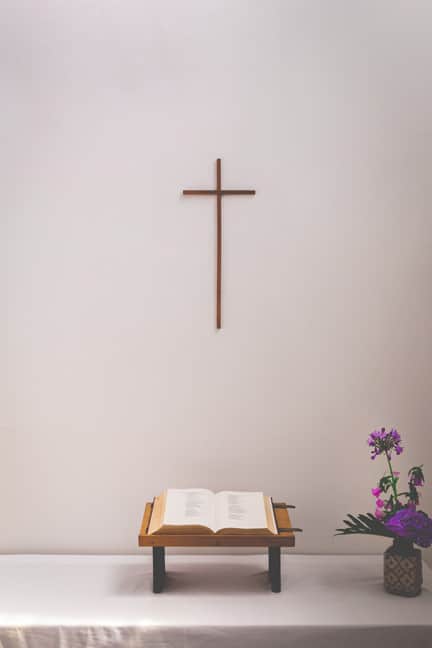 Let us be clear about this: All the Protestants rejected the doctrine that sinners are justified before God on the basis of Spirit—wrought, condign merit worked within them by grace and cooperation with grace. The Reformation also rejected categorically the doctrine of congruent merit. Several leading late medieval theologians regarded this notion as “Pelagian,” and it was completely rejected by the Reformation. The fundamental premise of congruent merit is that humans are sinful but not so sinful that they cannot cooperate with grace. This was also a basic premise of the Arminians, that God has given a kind of universal grace with which sinners can and must, if they will, cooperate toward justification.

Some of the leading Federal Visionists, however, deny the idea of merit altogether. They deny that Adam could have “merited” anything. They sometimes speak of Adam “maturing.” With this they begin to plunge us back into the morass of the medieval and Roman doctrine of the “super added gift” (donum super additum) that teaches that Adam was inherently defective by virtue of being human and thus needed this gift to enable him to obey the law. They also deny that Jesus “merited” anything for his elect. Again, this move had plausibility among some because the long-standing Protestant rhetoric criticizing the Roman Catholic doctrine of “merit.” If one did not make a distinction between the merits of Christ for us and merit wrought in us it might indeed see that the Protestants rejected me altogether. After all, it is easy to find Calvin or Luther or any number of dozens of Reformed theologian inveighing against “merit.”

If, however, we are to believe th Reformed confessions, we are no opposed to “merit” altogether. The Reformed theologians taught that Christ earned merit for his people. Calvin and the Reformed orthodox, confessional theologians from the sixteenth and seventeenth centuries taught that Christ’s obedience for his people had condign merit. Most important, however, is that it was the judgment of the Reformed churches that God’s Word teaches that Jesus Christ merited acceptance with the Father for us. Perhaps you noticed the lengthy list of confessional references given as part of this point. In each of those references the Reformed churches confess that Jesus merited our justification. It is implied in Belgic Confession articles 19 and 20 and explicit in article 22 where we confess that true faith “embraces Jesus Christ, with all his merits ….” Again, we confess: “Jesus Christ is our righteousness in making available to us all his merits and all the holy works he has done for us and in our place.” In article 23 we deny that we sinners could ever have any “merits” in contrast with the “sole obedience of Christ crucified.” In context here, the words “sole obedience” refer to Christ’s merits. In article 24 we deny that we have any merits. We do good works, “but not for merit—for what would we merit?” You see how the confession distinguishes between the merits of Christ and our good works. The latter are only a response to grace, the former are the ground of our justification. We speak of resting on the “merit of the suffering and death of our Savior.” Article 35 also speaks of Christ’s merits in the same way.

The Heidelberg Catechism speaks repeatedly and just the same way about Christ’s merits and our lack of merit. The premise and doctrine of questions 11–18 is that where Adam failed to obey, Christ succeeded by obeying God’s law, thereby meriting our justification. Question 21 makes this point explicitly. True faith believes that “forgiveness of sins, everlasting righteousness and salvation are freely given by God, merely of grace, only for the sake of Christ’s merits.” Question 56 speaks of the “righteousness of Christ,” and question 60 is explicit that by this we mean to speak not of our “merit” but of “all the obedience which Christ has fulfilled for me…” Again, question 63 (and in Q. 86), our good works merit nothing, but, in Q. 84, our sins are “really forgiven…for the sake of Christ’s merits.”

The doctrine of the imputation of Christ’s merits also occurs in the Canons of Dort. In the Rejection of Errors, under the First Head of Doctrine, para. 3, we confess that, under the Arminian doctrine, “the merits of Christ are made of non effect…” Under the Second Head of Doctrine, Rejection of Errors, para. 1, we confess again that Christ “merited” our redemption. We confess that the Arminian doctrine of universal atonement “tends to the despising of the wisdom of the Father and of the merits of Jesus Christ.” In RE para. 3 we explicitly condemn those who deny “Christ by His satisfaction merited neither salvation itself for anyone …” In RE 2.4 we again confess the “merits of Christ” as the ground of our justification.

The evidence in our confessions for the doctrine of Christ’s (condign) merit is enormous, clear, and compelling to those who would be Reformed. That the FV movement explicitly and implicitly denies the doctrine of the imputation of the merits of Christ and tolerates such a denial says a great deal: It tells us that this movement is unconfessional and therefore not Reformed.

If the Reformed confessions are so clear on the question of merit, why is there such confusion? The first part of the answer is that it is plain that many who regard themselves as Reformed either do not know the Reformed confessions or do not actively use them as a teaching tool or as a rule of the Reformed faith and practice. Second, the 1976 translation of the Heidelberg Catechism does not use the word “merit.” In hindsight, this was obviously a pedagogical mistake. How are we to teach the vocabulary of the Christian faith to our congregations and to our children without using it? Third, it should be clear by now that FV is clearly a movement that finds its inspiration outside of the classic Reformed theologies (that informed the confessions) and the confessions and catechisms themselves. Quoting the Reformed theologians and catechisms selectively and out of context is not the same thing as sharing the interests and intent of the confessions and catechisms. It is an alien theological system attempting to find a host. We should be grateful that most of the leading North American Presbyterian and Reformed Council (NAPARC) denominations and federations have refused to give them a home.

To deny the Reformed doctrine of Christ’s merits inevitably leads to two things, the resurrection of the Roman doctrine of OUR merits (whether condign or congruent) and this is what is happening among some of the Federal Visionists. Since they have denied that Christ merited our justification they have begun to talk in openly Romanist ways about our Spirit-wrought sanctity (i.e., condign merit) being part of the ground of our acceptance with God, and some of them advocate the doctrine ofGod’s imputing perfection to our best efforts (i.e., congruent merit) toward acceptance with God. When it comes to the questions of faith and merits there really are two systems at work here: the confessional and the moralist. The choice for Reformed folk is clear.