People who study and write on the application of Biblical principles to complex issues facing us in everyday life are called ethicists. Their field of study is called ethics. Christians engage in this activity, submitting to the authority of the Word of God. 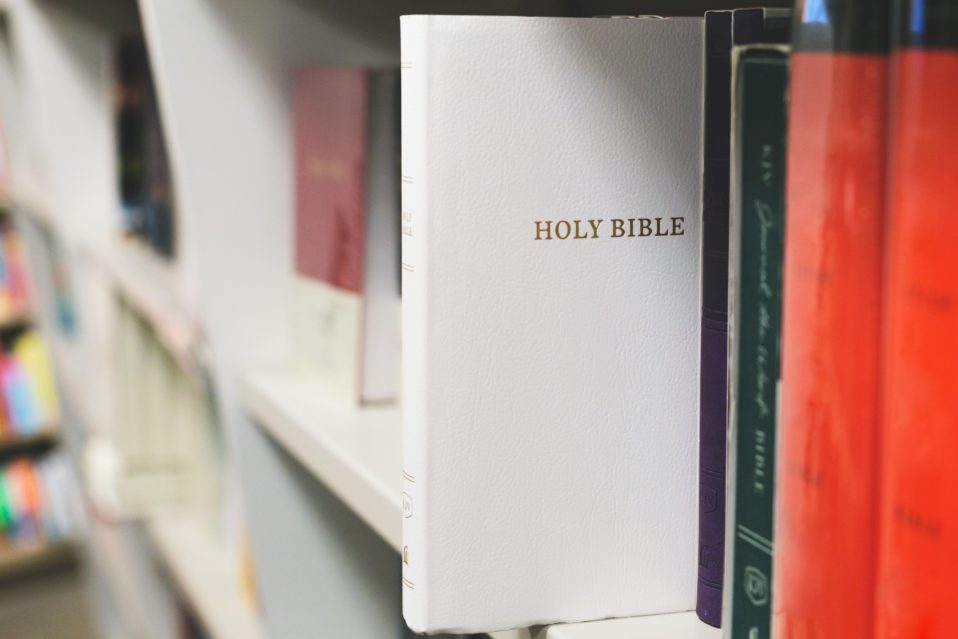 Given the complexities of the fallen world, this task has never been easy. Some claim current ethical questions are far more complex than any issue in the past. We should not, however, be deceived by such a view of modern complexity. God’s Word is sufficient to lead the people of God until the second coming of Christ. We do not need to despair before we start. We do not need to explore ethical issues like work, human sexuality, stewardship, or race relations as morally blind participants in a hopeless task.

Rather, with confidence we look to the Word of God to give us knowledge and wisdom for every ethical issue. Any course, book, or examination of ethics from a Christian perspective must be rooted in the Word of God. The summary of any Christian ethic must be the Word of God. It is from this perspective that one must evaluate the recently published book on ethics entitled, Exploring Ethics. Published by Christian Schools International, this book is intended for use in high school classes on ethics.

Exploring Ethics is filled with selected readings from dozens of authors. The editors of this book state that they have included authors who explore ethics from a Christian perspective. They do not intend to give blatant secular ethicists a voice propagating their positions. Some essays critique a non-Christian ethic, like Chuck Colson’s critique of Princeton philosopher Peter Singer, the quintessential moral utilitarian. The essays themselves are supposed to be written from a Christian perspective.

Exploring Ethics promotes positions as Christian that are far outside a biblical Christian ethic. Error is presented as truth. Timeless moral absolutes are said to be culturally relative.

A few authors appear in Exploring Ethics who have a proven faithful Christian perspective. Douglas Groothuis addresses post-modernism, and Chuck Colson tackles stem cell research. Colson rejects the utilitarian view of Peter Singer and Christopher Reeve. However, I would be surprised if students will recognize his positive reference to Mother Teresa (p. 331) as a compromise in the significant controversy in which Colson has been involved relating to Protestants and Catholics Together. Clifford Bajema’s insightful essay, “Should Treatment Be Terminated”, addresses the dangers of the quality of life arguments as the basis of treatment or non-treatment of the very ill. These and other essays do address some issues from a Biblical perspective. But the editors also chose many articles that fail to deal with the issues they explore from a Christian perspective. This is seen, first of all, in the summary of the ethical philosophy of editors.

The goal of the editors is stated in the foreword, “How should a person live his or her life? More specifically, what norms for ethical behavior should a Christian follow? What is morality? These are questions that many Christians have wrestled with, and this book includes some of the answers that have been suggested. The readings were selected to give a broad cross section of views on these important and challenging topics” (p. 5). There are several problems with this approach to Christian ethics.

First, this approach to ethics has already bought a mindset that assumes there is more than one legitimate option for the Christian ethicist. After recognizing the dangers of postmodernism by the inclusion of “The Fixed Point in a Postmodern Word” by Douglas Groothuis, the editors capitulate to postmodernism by offering two or more ethical options on most topics.

This is similar to the postmodern influenced declarations of the Synod of the Christian Reformed Church that there are two legitimate opposite positions on women in office. Exploring Ethics presents options like the just war theory (p. 373ff) and Christian Pacifism (p. 389ff). But a truly Christian ethic does not say there are two positions; choose which one you like the best. A true Christian ethic laments disagreement and acknowledges the reality of an absolute standard of right and wrong even when we disagree on a specific moral issue. A Christian ethic is not balanced. It is one sided. It is God sided.

Second, Exploring Ethics fails in its attempt even to present a broad section of views because of its predominant inclusion of the authors associated with liberal churches and progressive trends rejecting a Biblical ethic. There is no doubt that Exploring Ethics is not balanced between a historic Reformed Christian ethic and a contemporary progressive ethic. A historic Christian ethic is not even represented on a number of issues. Postmodern liberal ethical positions dominate the pages of Exploring Ethics. Those who are called to train our children in the Lord should not balance unbiblical teaching with Biblical teaching and encourage children to choose which is right. The Christian school must expose and critique unbiblical teachings, not present truth and error as equally valid options.

The clearest example of these failures is the chapter, “Exploring Issues: Human Sexuality”. This chapter does not even attempt to present the historic, biblical, Reformed ethical position on homosexuality. This section begins with an article written by David G. Myers, professor of psychology at Hope College in Holland, MI. He has written extensively and is the author of college psychology textbooks used at a number of Christian colleges. In the fall of 2006, the Gender Department of Calvin College had Professor Myers lecture on the Topic, “Strengthening Marriage, Welcoming Gays”. His essay in Exploring Ethics is entitled, “Accepting What Cannot Be Changed”. David Myers writes the leading essay exploring a Christian view on human sexuality.

David Myers summarizes his position by quoting from Sex for Christians, written by Lewis Smedes, “I still believe that the Creator intended the human family to flourish through heterosexual love. I still believe that God prefers homosexual people to live in committed and faithful monogamous relationship with each other when they cannot change their condition and do not have the gift to be celibate” (p. 140). Lewis Smedes also has an essay in Exploring Ethics in which he examines Romans 1:27, “Likewise also the men, leaving the natural use of the woman, burned in their lust for one another, men with men committing what is shameful, and receiving in themselves the penalty of their error which was due.” He concludes by stating homosexual relations within committed love can be as true to nature as are heterosexual relations within committed love (p. 151) because no one really knows what “contrary to nature” really means.

In the five articles dealing with homosexuality, not one of them stated the biblical position that homosexual acts and desires are sinful and contrary to nature. Not one of them addressed positively the transforming power of God recorded in Scripture. “Do you not know that the unrighteous will not inherit the kingdom of God? Do not be deceived. Neither fornicators, nor idolaters, nor adulterers, nor homosexuals, nor sodomites, nor thieves, nor covetous, nor drunkards, nor revilers, nor extortioners will inherit the kingdom of God. And such were some of you. But you were washed, but you were sanctified, but you were justified in the name of the Lord Jesus and by the Spirit of our God” (I Corinthians 6:9-11). God in judgment condemns the sin and in His grace powerfully changes the adulterer and homosexual. Such change is declared impossible by David Meyers.

Although not as blatant in other subject matters, Exploring Ethics often rejects the historic Reformed biblical Christian ethic once embraced by these same schools. Christian Schools International is attempting to pass these unbiblical errors on to the next generation of high school students. The perspective that dominates many classrooms of colleges like Calvin and is debated within denominations like the Christian Reformed Church is now promoted by Christian Schools International. The unbiblical perspectives being accepted by the editors of Exploring Ethics has not developed in isolation from the community it comes from.

This drift into a postmodern perspective permeates most topics in Exploring Ethics. The sins of the fathers are being carried on to the third and forth generations.

Schools associated with Christian Schools International are being led by an editorial staff that rejects the historic Reformed Presbyterian Biblical ethic. This is the perspective students will be taught. Students embracing the ethic advocated in Exploring Ethics will be rejecting the historic conservative ethic of past generations. Some will do this without even knowing or being taught the difference between right and wrong on these topics. Students that come from churches and homes that faithfully teach the authority of Scripture and God’s never–changing law for today will be encouraged to abandon these truths. Unless these students specifically reject the overall perspective presented daily in their classrooms, they will abandon the truth they are taught in their churches and homes. They will reject the preaching, teaching, and confessional standards of the conservative churches they are attending with their parents.

This publication represents the direction and views tolerated and promoted by many teachers, schools, and leaders associated with Christian Schools International. For generations parents and students could not assume that Christian institutions of higher education at the college level claiming to be Reformed were actually Reformed. Today, parents can no longer assume that Christian schools associated with Christian Schools International at the primary and secondary levels are Reformed, faithful to the confessional basis of their past, and holding and proclaiming the truth of God’s word in all areas of life. What was true in their past may no longer be true for the present.

Many families had to make difficult decisions and left unfaithful churches and denominations in the past in order to bring harmony between their own convictions about Biblical authority and the church they attended. They desired harmony between what was taught in the home with the teaching found in their church. This same difficult choice is now being forced upon parents as many Christian day schools compromise the truth of Scripture. May we all be granted the conviction to train our children in the Lord with a consistent perspective found in the church, home and school.

Rev. Casey Freswick is the pastor of the Bethany United Reformed Church in Wyoming, Michigan.