Advocates of a new perspective on Paul often insist that the Reformational view of the doctrine of justification is based upon an incorrect and outdated understanding of Second Temple Judaism. According to authors of the new perspective, E.P. Sanders has persuasively demonstrated the error of the Reformation’s claim that Judaism in Paul’s day taught a form of legalism or Pelagianism. In their opposition to the teaching of the medieval Catholic church, therefore, the sixteenth century Reformers mistakenly viewed the doctrine of justification by works as a revival of an error that characterized Judaism at the time of the writing of the New Testament. The Reformers’ wrongly claimed that the apostle Paul’s opposition to a Judaistic/legalistic teaching of justification by works was similar to their own opposition to the legalism and merit theology of the Roman Catholic church. According to the new perspective, this Reformational assessment of Judaism is seriously in error. A new understanding of Paul’s teaching is required, therefore, that is not shaped by the Reformation’s mistaken view that Judaism taught a merit theology of salvation by works. 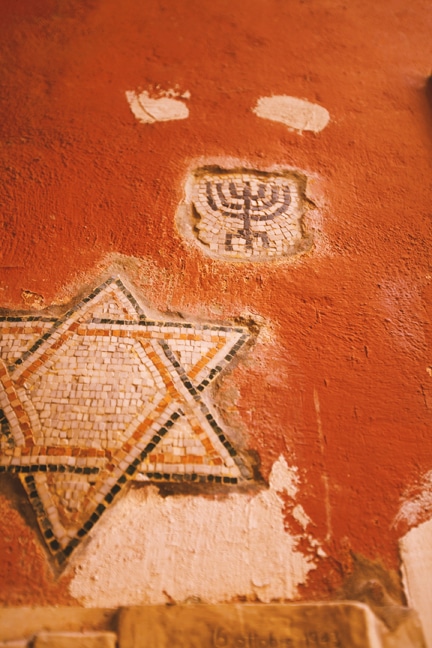 What role is played by the fear of anti-Semitism and other social concerns?

Proponents of the new perspective on the apostle Paul often criticize the Reformers of the sixteenth century for reading the debates of their own age (between Protestant and Roman Catholic) “back into” the debates between the apostle Paul and his opponents in the New Testament period. According to this criticism, the Reformers’ reading of the apostle Paul was historically inaccurate because it permitted the interests of their own day to shape their understanding of the context within which the apostle Paul labored. Rather than permitting historical studies to determine the character of Second Temple Judaism, the Reformation read its conflict with Rome into the polemics of the first century of the Christian era. What we need, therefore, is the kind of study of Judaism represented by the work of E. P. Sanders, namely, one that is based more upon historical scholarship rather than the theological polemics or prejudices of the sixteenth century.

The intriguing feature of this criticism of the Reformation is that it invites the question whether something similar may not be true of the writings of the new perspective authors. No student of the Reformation would deny the powerful role that the Reformers’ conflict with Rome played in their reading of the writings of the apostle Paul. On this score, authors of the new perspective are no doubt correct. However, if the Reformers were influenced in their reading of the apostle Paul by the circumstances of their own time, the question may also be raised whether something similar may not also be true of writers of the new perspective. Are there, perhaps, cultural and historical circumstances that might help to explain why authors of the new perspective are so anxious to take another look at Second Temple Judaism? Are there features of the older view of Judaism that have become particularly objectionable in the context of contemporary historical and biblical studies?

To this question, the answer is undoubtedly “yes.” One of the more subtle features of the new perspective is the role played by a fear or worry about Christian anti-Semitism. Frequently, authors of the new perspective decry the pervasive presence of an implicit anti-Semitism in the traditional polemics of the Reformation. If, as the Reformers are said to have taught, Judaism is infected with a pattern of religion that is legalistic and moralistic, this can easily reinforce stereotypical and critical attitudes toward Jews. The presence of remarks in Luther’s writings that exhibit a crude and harsh criticism of Judaism, when coupled with the sad history and reality of Christian anti-Semitism, constitutes a sorry chapter in the history of the church and theology.

Writers of the new perspective often note the implications of the older view of Judaism for relations between the Christian and Jewish communities. Because of the intensity of the attacks upon the alleged legalism and moralism of the Jewish tradition, particularly in its Rabbinic expressions, Christian theology has often contributed to the formation of a negative attitude toward the Jewish community. The point is not that authors of the new perspective allege that the Reformers and those in the Reformation tradition of interpretation were antiSemites.1 However, by articulating a stereotypical and largely negative portrait of the role of the law in Judaism, the older tradition, especially in its Lutheran expression, contributed to the shaping of a largely negative and critical picture of Judaism. Though the concern about anti-Semitism is often cited by defenders of the new perspective,2 it is most pronounced in the writing of James D. G. Dunn, a significant proponent of the new view.3

The concern of the new perspective authors to combat negative and stereotypical views of Judaism is also coupled with a desire to formulate the doctrine of justification in a way that overcomes the divisive polemics of the Reformation period.

There are several problems, however, that attend this concern of the new perspective authors to avoid presenting Judaism in a negative light and to offer a doctrine of justification more congenial to the modern spirit.

First, though the concern to resist anti-Semitism and unduly negative portraits of Judaism is no doubt legitimate, students of Second Temple Judaism must carefully avoid the temptation to allow this concern to skew their findings. If the older portrait of Judaism was inappropriately shaped by the Reformers’ disagreement with medieval Catholicism on the doctrine of justification, the newer portrait must not be shaped by an inordinate fear of discovering something that might be objectionable to Christian theology. The argument that the older view of Judaism was unduly influenced by the theological debates of the sixteenth century is a double-edged sword. It would not be any more proper to allow the worry about a negative view of Judaism to unduly influence contemporary studies of the pattern of religious ideas found in Second Temple Judaism.

Second, one of the ironies of the new perspective’s study of Second Temple Judaism is that it shares the Reformation conviction that “legalism” is an objectionable point of view. Even though definitions of “legalism” vary, Sanders analysis of Second Temple Judaism assumes that legalism is any view that bases Israel’s relationship with God upon the moral achievements of the covenant people. By that standard, he concludes that Second Temple Judaism was not legalistic. However, as our earlier comments on semi-Pelagianism suggest, legalism can take more subtle forms. One of these forms seems to be present in some of the literature of Second Temple Judaism. In this form of legalism, obedience to the law complements God’s grace and constitutes an important part of the basis for God’s continuing favor and final vindication of his people. Now, from the standpoint of historic Protestantism such a modified form of legalism is objectionable. What is often not appreciated, however, is that this kind of legalism might be a perfectly acceptable viewpoint so far as some branches of Second Temple Judaism are concerned, just as it is acceptable to some branches of the historic Christian church.

The point I am making with this observation is that we have to be careful in our historical study to allow distinct patterns of religious expression their own integrity. Why should we assume that a Christian concern about legalism in any of its forms must be shared by Second Temple Judaism? There is a real danger at this point of a kind of Christian imperialism in historical scholarship. The studies of writers of the new perspective are, in this respect, just as slanted in their worry about Judaism being labeled “legalistic” as those of the older scholarship were by their opposition to medieval Catholicism. Though the results of the newer and older studies may be markedly different, they proceed from remarkably similar, and decidedly theological, assumptions about the propriety of viewing a person’s acceptance with God as though it were based upon their moral achievements.

And third, in the writing of many new perspective authors, especially in the works of James D. G. Dunn and N. T. Wright, some expressions of Second Temple Judaism are regularly characterized as a form of “racial” exclusivism. The appeal to the “works of the law” among the Judaizers whom Paul opposed was born out of a resistance to the reception of non-Jews or Gentiles as full members of the covenant community. According to Dunn, for example, the great problem Paul faced in his opposition to the Judaizers was their unwillingness to admit non-Jews into the covenant community, unless they submitted to those “boundary markers” in the law that distinguished Jews from non-Jews. The intriguing feature of this position is that it ascribes to Judaism in the first century a kind of racism that is by some standards no more attractive than the legalism ascribed to Judaism by the older perspective.

One of the frequent objections to the older view of Judaism (that it was legalistic) is that it perpetuated a stereotypical and negative picture. The problem with the new perspective’s portrait of Judaism in the first century is that it could easily perpetuate a different, yet equally stereotypical and negative, picture of Judaism. Though it is difficult to rank sins, to charge Paul’s opponents with a form of Jewish racism does not appear to be much of an improvement upon charging them with legalism.6

These problems illustrate that the new perspective, no less than the Reformational view of justification, represents far more than a scholarly rediscovery of the real nature of Second Temple Judaism or the gospel according to Paul. It is also a perspective born out of desire to understand the gospel in a manner that is more congenial to the ecumenical emphasis and social agenda of contemporary mainstream Christian theology. Though the writers of the new perspective maintain that their position is the product of careful historical scholarship and biblical exegesis, the role played by these broader cultural and social factors should not be ignored or denied.

1 Cf. E. P. Sanders, Paul and Palestinian Judaism (Philadelphia: Fortress, 1977), p. xiii. Sanders is quite explicit that he does not wish to accuse the older interpreters of Judaism of anti-Semitism.

3 James D. G. Dunn, The Theology of Paul the Apostle (Grand Rapids: Eerdmans, 1998), p. 338: “If post-Vatican II theology could no longer simply restate the old debate between Protestant and Catholic in the traditional terms, post-Holocaust theology could no longer stomach the denigration of historic Judaism which had been the dark-side-of-the-moon corollary to the Christian doctrine of justification.”

5 For a treatment of the social implications of the new perspective’s understanding of justification, see James D.

G. Dunn and Alan M. Suggate, The Justice of God: A Fresh Look at the Old Doctrine of Justification by Faith (Carlisle, UK: Paternoster Press, 1993). Dunn summarizes these implications in a striking way (p. 29): “God accepts all who believe and trust in him: Gentile as well as Jew, black and white, Palestinian and Israelite, central American and US citizen, Roman Catholic and Prostestant, Orthodox and Muslim.”

6 Cf. Seyoon Kim, Paul and the New Perspective (Grand Rapids: Eerdmans, 2002), p. 61, n. 212: “In this post-Holocaust age, any attempt to exonerate even the ancient Jews of what modern people deem negative may be laudable. But in order to exonerate them of a ‘works-righteousness’ religion, the New Perspectivists as a whole and Dunn especially tend to present them emphatically as what in our modern language can only be termed as ‘racists’ and ‘(religious) imperialists’ ….”