The Meaning of “Justification”

Though writers of the new perspective insist that the language of “justification” is “covenant membership” language, which identifies those whom God acknowledges as His covenant people, this view of the language of justification is inadequate on several counts. Like the claim that the “righteousness of God” refers to God’s covenant faithfulness in action, this understanding is far too general and imprecise to capture the specific force of this language in Paul’s writings.

As we have argued, this language especially emphasizes the judicial context for God’s action in securing the acquittal/vindication of His covenant people, and bringing judgment/condemnation upon His enemies. It assumes that God is Judge and King, that He maintains justice and order in His dealings with His creatures, and that He acts justly in acquitting the righteous and condemning the wicked. 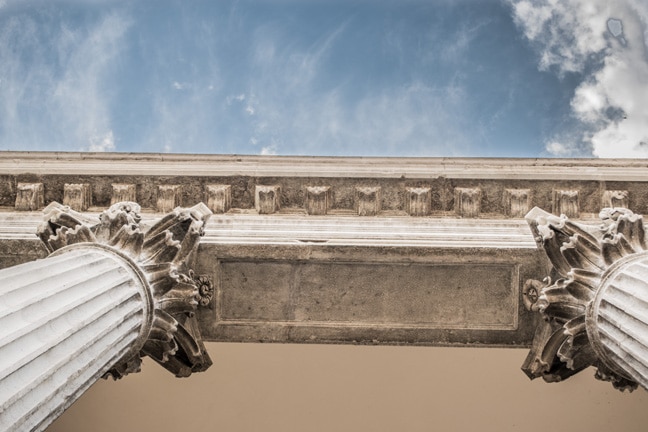 The same holds true for the related language of “justification.” No doubt this language finds its meaning within the context of God’s establishing a relationship with those whom He acknowledges as His covenant people. But this does not yet tell us what precisely “justification” means, and why this language is especially appropriate to describe what God does when he brings people into his covenant family. Obviously, the language of justification functions within the context of  the covenant, as does most of the language of the Scriptures so far as it deals with the relationship between God and his people. The question is, what does this particular language tell us about the nature of this relationship.

The problem of human sin and guilt, as Paul outlines it in these chapters, suggests the opposite of Wright’s genial suggestion that first century Jews were not particularly troubled by the prospect of the final judgment and the wrath of God, or whether they would “get to heaven” in the future.1 Though there is an undoubtedly ecclesiological dimension to the language of justification (who belongs to the covenant family? Are Gentiles as well as Jews included?), the principal issue is quite emphatically of a soteriological and theological nature.

The question that Paul’s argument in Romans 1–5 raises goes far deeper than, who belongs to the covenant people of God? The question that is raised is, how can guilty sinners, who have culpably broken the law of God and are subject to condemnation, be received into favor with a righteous God whose wrath is being poured out upon all the ungodliness and unrighteousness of men? The importance of this context for understanding the language of “justification” requires that we review briefly the argument of these chapters.

The theme of this context is stated at the outset. Immediately after Romans 1:16–17, which announces the theme of the epistle by speaking of the “righteousness of God is revealed from faith to faith, Paul notes that “the wrath of God is revealed against all ungodliness and unrighteousness of men” (v. 18). The good news that God justifies the ungodly occurs, accordingly, against the dark background of God’s just displeasure with all guilty violators of his law.

For this reason, the problem that is resolved by the revelation of God’s righteousness is not whether God is faithful to His covenant, but whether He is in the right when He justifies those who, by virtue of their sin and guilt, are worthy only of condemnation and death. It is not God’s faithfulness to His promise that is in question; rather, the question is whether human beings, who are on trial before God on account of their sins and offenses, can find favor or acceptance with God.

After announcing the theme of God’s righteous wrath in Romans 1:18, the apostle turns in chapter 2 of Romans to this reality of impending judgment. A “day of wrath” is coming, when God “will render to each one according to his works” (2:5-6). This day will reveal God’s judgment by Christ Jesus upon the deeds of all, including the “secret things of men” (v. 16). The setting for the demonstration of the “righteousness of God” and the “justification” of believers, therefore, is clearly one of trial and judgment before God.

Within this setting of trial and judgment before God, the apostle proceeds, after the manner of a prosecutor in a courtroom, to detail the universal sway of sin and guilt among Jews and Gentiles alike.

At the beginning of chapter 2, Paul hints that his Jewish readers might be tempted to affirm his indictment of Gentile sinners and offenders, while excluding themselves. However, he forcefully argues that all have sinned, whether they are Gentiles “without the law” or Jews “under the law” (2:12). Those who might be tempted to boast before God because of their privileged position, including their possession of the covenant mark of circumcision, are reminded that “circumcision indeed is of value if you obey the law, but if you break the law, your circumcision becomes uncircumcision” (2:25).2

In order to prove that Jews as much as Gentiles are at no advantage before God, Paul adduces evidence of an ad hominem nature to illustrate how they also have disobeyed the law of God. Despite their boast, they are as guilty as the Gentiles of the sins of hypocrisy, stealing, adultery, robbing temples (vv. 21–22). And so he draws the inescapable conclusion: “You who boast in the law dishonor God by breaking the law” (v. 23).

The whole point of this section of Romans is to establish, within the context of the announcement of God’s wrath against all the ungodliness and unrighteousness of men, that “none is righteous; no, not one” (Rom. 3:10). The law of God, far from being able to serve as an instrument of self-justification before God, pronounces its verdict upon Jew and Gentile alike. In the court of heaven and before God, Jews and Gentiles share the common predicament of having nothing to say in their own defense that would be exculpatory. When confronted with the demand and accusation of the law of God, every mouth is stopped and the whole world is held accountable to God.

That point, as the Reformers rightly understood, was about the gracious provision in Christ for the justification of all sinners. Since no one can possibly be included within the covenant family of God on the basis of the works of the law, God has demonstrated His righteousness in providing a Savior whose obedience and propitiatory death are the basis for being received into His favor. In the setting of the argument of Romans, therefore, justification language refers to God’s act of granting believers a status of favor and righteousness on account of the work of Christ.

Justification is all about the forgiveness of sins and the granting of a new status of righteousness in Christ to otherwise guilty, condemnable sinners. Paul’s teaching about justification is not simply about “who is a member of the covenant,” but it goes to the deeper issue of “who has a right to stand before God, despite his sin and unworthiness.” Justitification is about God as the One who justifies the ungodly. And it is about nothing, if not the salvation of guilty sinners. Only within the framework of this deeper theological and soteriological issues does the obvious ecclesiological issue regarding the inclusion of Gentiles have a place.

To illustrate the meaning of the language of justification, it might be useful here to cite another passage that occurs later in the book of Romans. In Romans 8:33–34, Paul declares, “Who shall bring any charge against God’s elect? It is God who justifies. Who is to condemn?” This dramatic affirmation of the blessing of justification through the work of Christ confirms that justification language refers to a judicial act of God, which pronounces otherwise guilty sinners righteous on the basis of the work of Christ.

It is impossible to paraphrase Paul’s language in these verses by inserting “covenant membership” language alone. For this passage embraces anyone whatsoever who might bring any conceivable charge against God’s people. No matter who, no matter what the charge, God has assumed the burden of answering it for His elect in Christ. By virtue of Christ’s death and resurrection for sinners, God Himself has entered into judgment on behalf of His people. God has in Christ answered the charge by assuming the place of the guilty and suffering His own displeasure with sin. The consequence? There is no possibility of a charge being brought against those whom He has justified, whose acquittal and righteousness He has established. As Paul announces at the outset of Romans 8, there is “now no condemnation for those who are in Christ Jesus” (8:1).3

The Role of Faith

If anything may be said to be a “badge” of covenant membership, perhaps it would be something like the mark of circumcision or baptism (cf. Romans 2:26; 4:11). Abraham, for example, received the rite of circumcision after his faith was “reckoned” to him for righteousness by “faith?” The reason Wright wants to speak of faith as a “badge” of membership is obvious. It keeps the language of justification within the realm of ecclesiology and the question, who belongs to the family of God.

2 In verse 13, Paul speaks similarly: “For it is not the hearers of the law who are righteous before God, but the doers of the law who will be justified.” The reformational reading of this text usually takes it as a kind of “hypothesis contrary to fact.” Since no one is, strictly speaking, a “doer of the law,” no one is justified by the law. However, among writers of the new perspective, this text is interpreted differently. In their view, Paul is positively affirming that in the final judgment only those who do what the law requires will be justified/vindicated. Cf. Wright . I will consider this text more directly in a subsequent article on the final judgment and the role works play in that judgment. 3 One way to test the new perspective’s claims regarding the meaning of the language of “the righteousness of God” and “justification,” is to try to paraphrase Paul’s uses of this language by substituting terms like “covenant faithfulness” or “covenant membership.” Though the sub-stitution might seem plausible in a few instances, it generally makes little sense.