“WORKS” AND “WORKS OF THE LAW” IN ROMANS

The book of Romans also uses the expression, “works of the law,” as well as the general term, “works,” but in a way that quite clearly goes beyond the limitations of certain boundary marker requirements of the law. Even though it is plausible that the expression, “works of the law,” initially has a more limited application in the argument of Galatians, this expression serves in the book of Romans to show how no human acts of obedience can justify anyone before God. 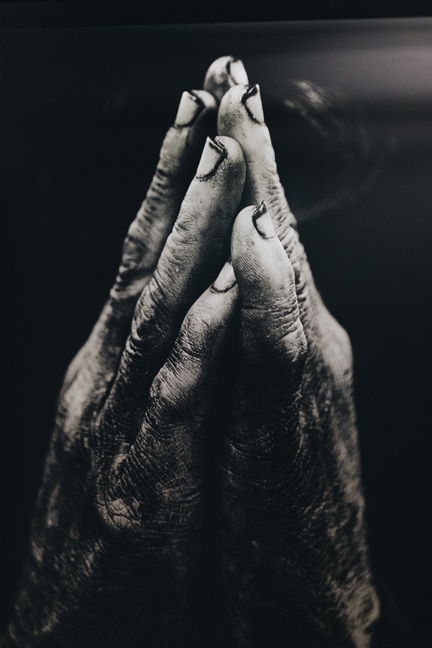 No works of any kind, whether they be performed by Jews or Gentiles, whether they be in conformity to the written law of God (through Moses) or what is written upon human consciences, can be a basis for the believer’s justification. Whatever limited value the new perspective’s view of the “works of the law” may have for a reading of Galatians, it does not appear to work with respect to the kind of argument the apostle Paul musters in the book of Romans.

The use of the term “works”

One of the features of Romans that distinguishes it from Galatians is the apostle Paul’s use of the language of “works” to refer in a general way to human deeds or acts.

Though this language is clearly linked to the expression, “the works of the law,” as we shall see below, it suggests the broader and more general idea of any human performance or deed. When used in connection with the doctrine of justification, therefore, it refers to any act of obedience to the will of God that might play a role in procuring salvation or justifying a sinner, whether Jew or Gentile, before God (compare Romans 9:32).1

The first instance of this general usage of “works” in Romans occurs in chapter 2:6: “He [God] will render to each one according to his works.” The context for this declaration of the apostle is the certainty of God’s righteous judgment. All will be judged, and this judgment will be in terms of the works or deeds performed by all, whether Jew or Gentile.

To God, who shows no partiality, it makes no difference whether one is a Jew or a Gentile. What matters is whether anyone can perform deeds or acts that are good and therefore pleasing to God. The burden of Paul’s argument in the latter part of this chapter is that even Jews who are tempted to “rely on the law and boast in God” are at no advantage in relation to the Gentiles. Even those who would teach the law to others stand condemned by its prohibitions against lying, idolatry, adultery and the like.2

Paul’s use of the language of “works” in Romans 4 also confirms this general usage and reference to human deeds or acts. Though we will consider in the following section how this chapter uses the more specific expression, “works of the law,” Paul begins by noting that Abraham was not justified by “works.”

To ascribe Abraham’s justification to his works would contradict the truth of his justification by faith (vv. 2-3). In order to underscore this opposition between faith and works so far as Abraham’s justification is concerned, the apostle uses the analogy of a person who works for wages. Anyone who works for wages does not receive them “as a gift but as his due” (v. 4). Thus, if Abraham were justified by works and not faith, he would be counted righteous on the basis of deeds that have their just reward or wage. However, Abraham’s justification was by faith (alone). The contrast drawn by Paul in Romans 4 is between someone who works and earns a wage, and someone who believes and graciously receives a free gift (compare Romans 4:16). “Works” in this contrast refer to human actions that merit their due. To illustrate further this contrast, Paul appeals as well to the example of David. Even though David undoubtedly kept what Dunn and others term the “boundary markers” of the law, he was counted righteous “apart from works” (v. 6). Despite David’s “lawless deeds” and “sins” (v. 7), God accepted him by not counting his sins against him. Though Paul goes on to note that God’s acceptance and forgiveness of David did not depend upon whether he was circumcised or not (vv. 10–12), the point made by his general reference to David’s works is to exclude all works (including, most notably, circumcision) as a basis for his forgiveness with God.

One particularly important instance of the use of the term “works” is found in Romans 9, which addresses the question of the effectiveness of God’s Word and promise in the salvation of His elect people. Speaking of God’s election of Jacob rather than Esau, though both were sons of the same parents, Paul notes that the “calling” of Jacob was on the basis of “God’s purpose of election” and not of “works” (v. 11). The reference to “works” in this passage is explained earlier, when the apostle declares that neither Esau nor Jacob “had done anything either good or bad.” “Works” in this passage, therefore, refers to any human deed or act in the most general sense possible. Nothing done or accomplished by either of these two sons is the basis for the election of the one and the non-election of the other.3

The use of “works of the law” in Romans

In addition to these instances where he uses the general expression “works” in Romans, the apostle Paul also speaks more particularly of the “works of the law” in chapter 3 (vv. 20,28). Within the context of the argument in Romans 2–4, this expression is used in close association with the more general term “works.”

Though it may refer more particularly to obedience to the commandments of the Mosaic law, especially the commandment regarding circumcision, the thread of the argument in Romans 2–4 indicates that it is a fairly general expression. The “works of the law” include any human deeds, whether performed by Jews or Gentiles, that are conformed to what might be termed the moral claims of the law.4 No more than the term “works” does the expression “works of the law” exclusively refer to those acts of obedience to the written law of Moses that distinguished Jews from Gentiles.

The first instance of the use of this expression, “works of the law,” is found in Romans 3:20: “For by works of the law no human being will be justified in his sight, since through the law comes knowledge of sin.” The context for this text is the apostle Paul’s extended indictment of Gentiles and (especially!) Jews for their failure to keep the requirements of the law. Particularly instructive is Paul’s argument that the Jews have failed to abide by the requirements of the law in respect to the prohibitions of theft, adultery, and temple desecration (Romans 2:17–29). The law’s function to expose the reality of sin, therefore, includes all failures to keep the obligations of the law. It is not that the law exposes the Jews for their failures in respect to the “boundary markers” of the law. Nor is the fault Paul finds with the Jews their improper imposition of these requirements, including circumcision, upon the Gentiles. The fault Paul, or rather the law, finds with Jews as well as Gentiles is that they do not do what the law requires.

The only other instance in Romans where this expression, the “works of the law,” is found is chapter three: “For we hold that one is justified by faith apart from works of the law” (v. 28). Upon first reading in its context, this text might appear to favor the idea that the “works of the law” refer specifically to “boundary marker” requirements such as circumcision. For immediately after this verse the apostle Paul underscores that God is the God of Gentiles and Jews alike, and not of Jews alone. Whether someone is circumcised or uncircumcised, it does not matter, since justification is by faith and not by “works of the law.” However, it is not possible to restrict Paul’s reference to the “works of the law” in this text to circumcision as a boundary marker requirement in the law. Nor is it possible on that basis to restrict the reach of Paul’s point about justification by faith “apart from works” to the concern regarding who belongs to the people of God, as is suggested by the new perspective.

In the context of Paul’s argument in Romans 3 and 4, it seems clear that Paul is maintaining that all sinners, whether Jews or Gentiles, fail to keep the requirements of the law in all of its stipulations. In Romans 3, the apostle sums up his case or indictment of all sinners by saying “there is none righteous, no not one.” This is the prior context for the statement of Romans 3:28.

Moreover, in Romans 4, as we previously noted, the apostle speaks quite broadly of the principle of “works” in opposition to “faith”; whereas faith receives freely what God’s grace grants, works obtain their reward on the basis of merit or wages due. The problem with an appeal to “works of the law” as a means of justification is that this begs the question whether anyone can meet the burden.

2 N. T. Wright, “The Law in Romans 2,” in Paul and the Mosaic Law, ed. James D. G. Dunn (Grand Rapids: Eerdmans, 1996), pp. 131-50, argues that the criticism of the law-breaking of the Jews in this passage is addressed to their unwillingness to include Gentiles in the covenant community, not their moral failures or defects. Consistent with the general tendency of the new perspective, Wright takes the case Paul makes in this passage to be framed by a historical-redemptive question of the inclusion of Gentiles among God’s people as heirs of the promise to Abraham. Thus, Paul’s case regarding the law and the works of the law is aimed at the question of covenant status, not how individuals who are sinners can find favor with God. Though he does speak of the general problem of human sin in his commentary on Romans, Wright still contends that the principal issue is the inclusion of Gentiles within the worldwide family of God. Cf. N. T. Wright, The Letter to the Roman, vol. X of The New Interpreter’s Bible (Nashville, TN: Abingdon Press, 2002), esp pp. 464-86.

4 It should be noted that close parallels to this language of the “works of the law” can be found in the literature of Second Temple Judaism. In these parallels, “works of the law” and “works of righteousness” refer to acts of obedience to the whole law, whether in its so-called ceremonial or moral requirements. For a brief treatment of these parallels and sources that consider them, see Schreiner, The Law and Its Fulfillment, pp. 52-54. These parallels are of particular significance, since the new perspective (rightly) insists upon a reading of Paul’s writings in the context of Second Temple Judaism.

Dr. Cornel Venema is the President of Mid-America Reformed Seminary where he teaches Doctrinal Studies. Dr. Venema is a contributing editor to The Outlook.