So far our evaluation of the new perspective on Paul has addressed several general matters of method and the understanding of Second Temple Judaism associated with the work of E. P. Sanders. The most important test, however, of the new perspective is whether it adequately treats the writings of the apostle Paul. Does the new perspective offer a more compelling interpretation of the epistles of Paul, especially in terms of their teaching on the doctrine of justification, than that historically associated with the Protestant Reformation? Since the new perspective advertises itself as a more faithful reading of the apostle Paul than that stemming from the Reformation, the critical issue still confronting us is whether it provides a more satisfying account of Paul’s writings.

One of the key features of the new perspective is the way it treats Paul’s understanding of the “law” and the “works of the law.” In the older Reformation view, Paul’s doctrine of justification by faith alone was presented in stark contrast to any doctrine of justification by works performed in obedience to the law. An important aspect of the Reformation’s interpretation was the claim that justification is by faith alone apart from works of the law. 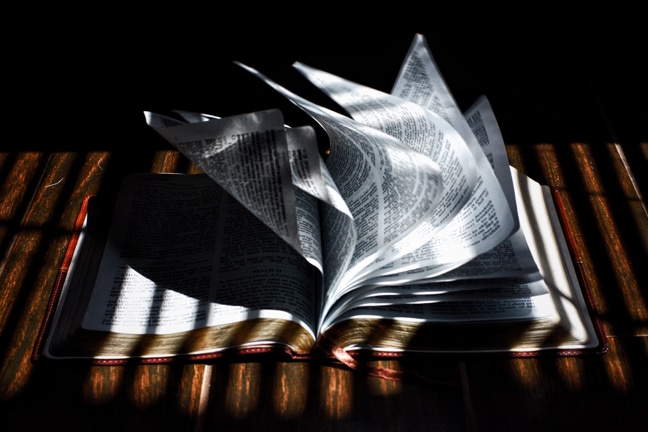 Since no sinner, whether Jew or Gentile, is able to keep the law of God perfectly, there is no possibility of finding acceptance or favor with God by works. Furthermore, in the Reformational view of Paul’s writings, the doctrine of justification was treated as, among other things, the apostle Paul’s answer to a kind of Jewish-Christian “legalism” that taught that we are justified by works performed in obedience to the law. In this older Reformational reading of the apostle Paul, the doctrine of justification was interpreted as Paul’s answer to the dilemma of the sinner who cannot find favor with God on the basis of works done in obedience to the law. Thus, justification by faith answered the question how an unrighteous sinner can find favor with God.

As we have seen in our survey of the new perspective, this older Reformation view, especially in its handling of Paul’s understanding of the law, is roundly rejected. According to Sanders, the apostle Paul developed his doctrine of justification from the prior vantage point of his conviction that salvation comes by faith in Christ. The problem with Judaism was not its legalism—after all, no such legalism was present in Second Temple Judaism. Rather, the problem with Judaism was that it was not Christianity.

Paul’s analysis of the human “plight” (no justification by works of the law) was the fruit of his prior conviction that the “solution” (justification by faith) to the human predicament can only be found in Christ. In Sanders’ reading of Paul’s writings, therefore, the doctrine of justification does not address the predicament of human sinfulness and inability to keep the law. Paul’s diagnosis that no one is justified by works of the law is a by-product of his basic conviction that faith in Christ is the way of incorporation into the new covenant community of Christ.

Moreover, according to two of the principal authors of the new perspective, James Dunn and N. T. Wright, Paul’s teaching about the “works of the law” is addressed primarily to a social problem, namely, the inclusion of Gentile believers together with Jews as members of the covenant people of God.

When Paul speaks of the “works of the law,” he is not referring to any general obligations of obedience that are required by the law. Rather, Paul is speaking particularly about those “boundary markers” that separated Jews from Gentiles (for example, circumcision, dietary requirements, and Sabbath or feast day provisions). The real problem that occasioned Paul’s development of his doctrine of justification was the failure of some Jewish-Christian opponents to embrace Gentiles as well as Jews among the covenant people of God.

According to Paul, however, justification by faith means that Gentiles are also included in the covenant community, though they are not under any obligation to identify with the Jewish covenant community by undergoing circumcision or fulfilling these requirements of the law. The “works of the law,” in this understanding of Paul’s writings, do not refer to general obligations of obedience to law as a basis for justification or acceptance with God. They refer to requirements in the Mosaic law that distinguished Jews from Gentiles.

In order to evaluate these claims of the new perspective, we need to answer three distinct, though related, questions:

VARIOUS USES OF THE TERM ‘LAW’: A PRELIMINARY OBSERVATION

Before directly taking up these questions in turn, we need to begin with a preliminary observation regarding the apostle Paul’s usage of the language of “the law” or “law” in his writings. One of the great difficulties in sorting out Paul’s understanding of the law is the diversity of ways in which he speaks of it. Sometimes he speaks in a highly favorable way about the law, whereas on other occasions he speaks rather negatively about it.

Any failure to pay close attention to the way the term “law” is used in a particular passage can lead to serious misunderstanding. Or, to the put the matter differently, if it is assumed that Paul is using the language of “law” in a uniform way throughout his writings, the likelihood of misunderstanding is very great. The context in each instance must always be taken into consideration before determining what Paul means by his various references to the law.

For our purpose here, it is enough to note the following distinct ways in which Paul speaks of the “law” in his epistles.1